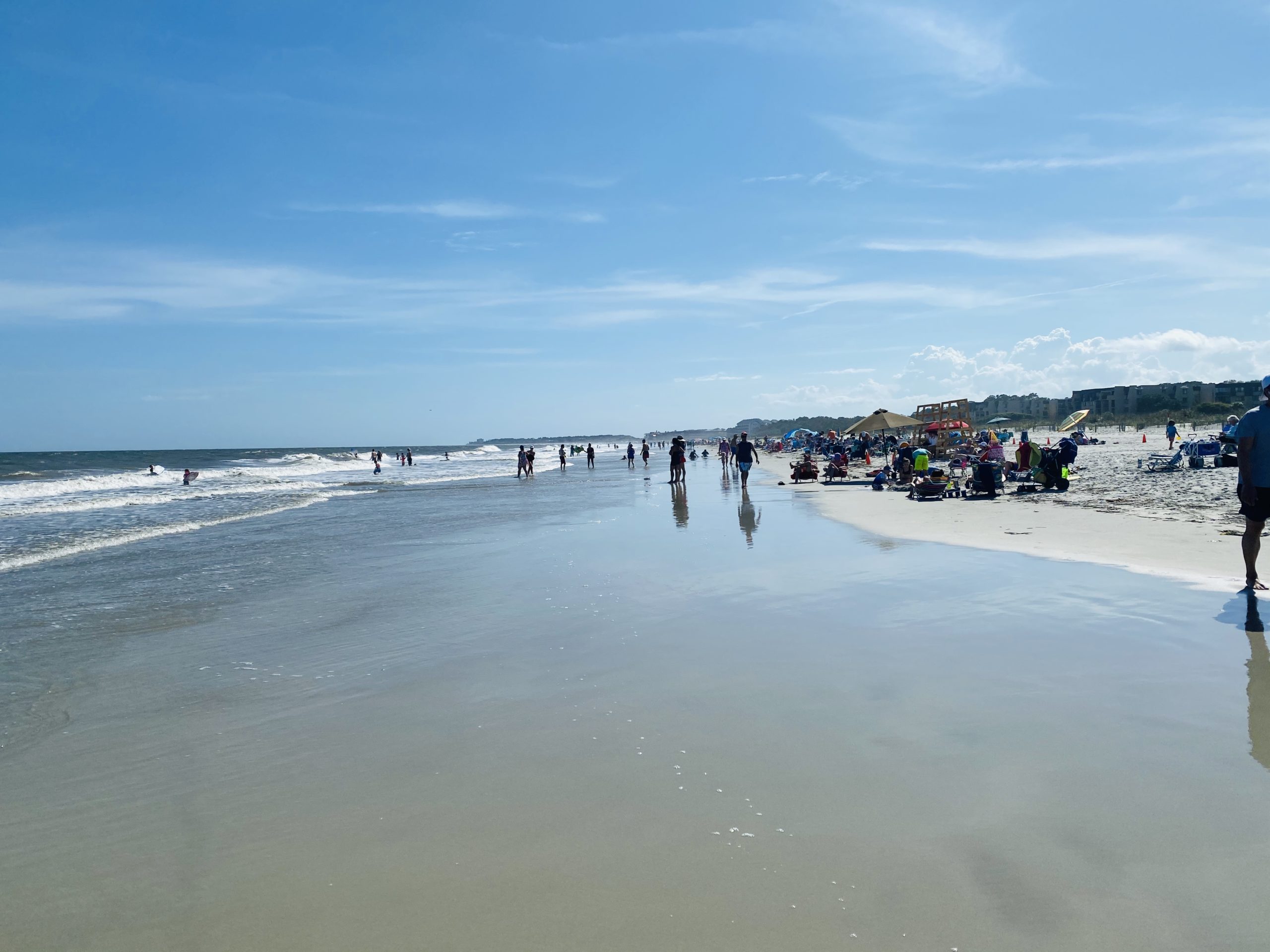 In the past 10 days, Hilton Head resident and hospitality worker Matt Stock has had nine friends on the island test positive for COVID-19.

On Tuesday, Stock tested positive for coronavirus and shared the news on Facebook to make sure those who have seen him in the past few weeks get tested for COVID-19.

His friends who tested positive are younger (between 21-35), and like most of Hilton Head’s non-retired population, they work in jobs where they are exposed to hundreds of people every day — hospitality, entertainment and retail.

In the last four weeks, COVID-19 cases on Hilton Head Island — a town with 39,000 residents and more than 2.5 million annual visitors — have surged.

Just one month ago, on the Friday before Memorial Day — the official start of tourism season on the island — Hilton Head Island only had 35 confirmed COVID-19 cases. By Monday, 185 Hilton Head residents had tested positive.

“The thing is our numbers stayed so low here for the months prior to Memorial Day that we all feel like we, for the most part, we’re being safe and practicing social distancing,” Stock said. “None of us were perfect, but when you look at the spike, you ask, ‘what’s the variable?’ And that variable is 100,000 new tourists checking in every week.”

Hilton Head Island made national headlines — and not in a good way — this weekend when PGA golfer Justin Thomas called out the vacation destination for not taking the virus seriously, the Island Packet reported.

“I mean, no offense to Hilton Head, but they’re seeming to not take it very seriously. It’s an absolute zoo around here,” Thomas said to reporters at the RBC Heritage this weekend. “There’s people everywhere. The beaches are absolutely packed. Every restaurant from what I’ve seen when I’ve been driving by, is absolutely crowded.”

Responding to the spike in cases among hospitality workers, several restaurants have shuttered. In the last week: Mixx on Main, Tio’s Latin American Kitchen, Cool Cats Lounge, Main Street Cafe, Lucky Rooster, and Dry Dock all closed temporarily as a preventative measure to keep their teams safe from the virus.

“I feel like hospitality is going to be the local catalyst for sure,” Stock said. “Everyone’s scared.”

Stock said hospitality workers are also concerned about what comes next.

“I don’t know if the system can hold through August,” Stock said. “I mean who’s going to wait on everyone when we’re all sick?”

Hilton Head is in a unique and vulnerable position in the COVID-19 pandemic.

Among those under 65, a majority of Hilton Head’s workforce is in the hospitality industry where workers are exposed to contacting hundreds of people every day and heavily depend on the tourism industry for their livelihood, especially during the summer months.

“Not only do you have a gigantic mix of people coming from other parts of the country, some that have been hard hit, you’ve got a large (elderly) population on the island and their objective is to make sure that the infection rates are as low as possible,” Davis said. “Then you’ve got another part of the island who rely on tourism and commerce.”

Those hospitals combined have 28 ICU beds and 329 total beds, according to the Island Packet.

Though Hilton Head Hospital has not publicly disclosed how many COVID-19 patients it’s treating, Davis said that hospital officials assured him that the ICU isn’t near capacity.

“He said the demand curve as been well below their supply,” Davis said. “And that’s the most critically important metric.”

On Monday, 731 COVID-19 patients were hospitalized across South Carolina, according to the South Carolina Department of Health and Environmental Control (SCDHEC). This is the highest number reported since the state began tracking the metric in early May.

As a first step in combatting the virus after the recent spike in cases, Senator Tom Davis, working with community leaders and South Carolina Department of Health and Environmental Control (SCDHEC) has planned a series of free testing events on the island, starting Monday and Wednesday (see information below).

Davis said the testing events will be held on a reoccurring basis. He said this reoccurring, free testing option will help allow commerce to continue on the island in a safe manner.

“Reoccurring testing helps in two ways. It informs people and allows them to take responsible measures to protect themselves and others,” Davis said. “And it also helps public health agencies get a better idea of the virus and know its prevalence and how it’s spreading.”

With more testing information on Hilton Head, Davis said policy leaders will be able to come up with more effective ways in mitigating its spread.

Matt Stock, who has experienced mostly minor symptoms including aches and loss of smell and taste, said he hopes others will get tested and continue the trend of transparency.

“If anything, I would hope that people feel no shame or stigma attached to this virus, and I encourage them to get tested, and to be forthcoming with those results in hopes of mitigating it before it really gets out of control,” Stock said.

As of this week, Hilton Head remained open with virtually no restrictions in place. Indoor and outdoor dining is allowed. Beaches are open. Masks are not required.

Sources: Union County SC Sheriff Will Not Seek Reelection In 2020