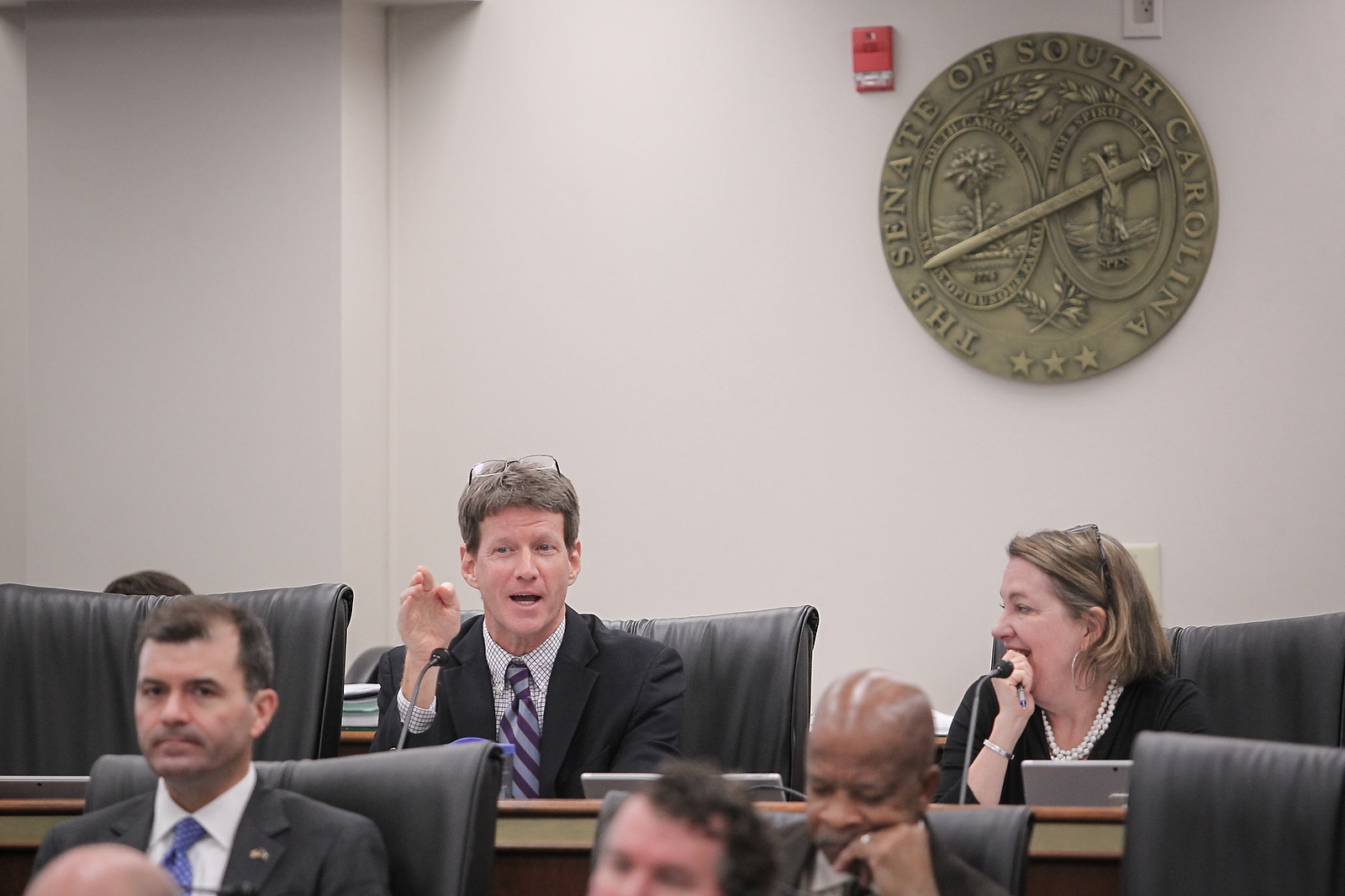 With the anchor of a $10 billion (and counting) command economic boondoggle hanging around his neck, embattled South Carolina state senator Luke Rankin has been forced to go negative in his bid to win an eighth term representing the people of S.C. Senate District 33 (.pdf).

The “former” Democrat – who has the worst voting record of any GOP member of the S.C. General Assembly – is fighting for his political life after turning in an underwhelming performance in last week’s partisan primary elections in Horry county.

And it’s starting to show …

This week, Rankin penned a letter demanding that John Gallman – his opponent in this coming Tuesday’s “Republican” runoff election – publicly produce the results of a court-ordered mental evaluation.

“I hereby formally demand by noon tomorrow you produce to the public the results of your mental evaluation,” Rankin wrote.

We thought reports of Rankin’s shark-jumping gambit were a joke … until we saw the letter.

The irony here? Rankin is demanding the production of files from a contested family court matter (one conveniently leaked to local media outlets earlier this week) while his own messy family court drama remains sealed and hidden away from public view.

Thanks to judges he appoints, no less …

“The fact that one candidate in this race is able to bury his dirty laundry (and in fact, appoints the shovelers who bury it) – while the other must watch as his soiled linens are littered all over the front pages of local newspapers – strikes us as a disturbing double standard,” we noted earlier this week.

This news outlet has not issued an endorsement in this race. Nor will we.

Sadly, Gallman is a terrible candidate. Personal baggage aside, he is one of those sanctimonious, moralizing social conservatives who loves to thump his Bible – and we do not believe he is anywhere near as fiscally conservative as he represents on the campaign trail.

His one redeeming trait in our eyes? He is not Luke Rankin – who personifies the failed, self-serving status quo in Columbia, S.C. And has for years. More than a decade after his starring role as the primary architect of the NukeGate disaster, Rankin is still doing the bidding of failed government-run utility Santee Cooper – a rogue agency which continues thumbing its nose at Palmetto State lawmakers, ratepayers and taxpayers.

As we noted in a post back in February, aside from powerful S.C. Senate finance chairman Hugh Leatherman, “we cannot think of any sitting member of the Senate who has done more over the past decade to hold the Palmetto State back from reaching its full potential (while simultaneously enriching themselves in the process)” than Rankin.

Frankly, our hope was that this race would end with one candidate challenging the other to a duel … and both candidates being deadeye shots.

Alas, that was too much to hope for …

In lieu of that, we will simply say that while we do not want Gallman to win on Tuesday … we sure as hell hope Rankin loses.