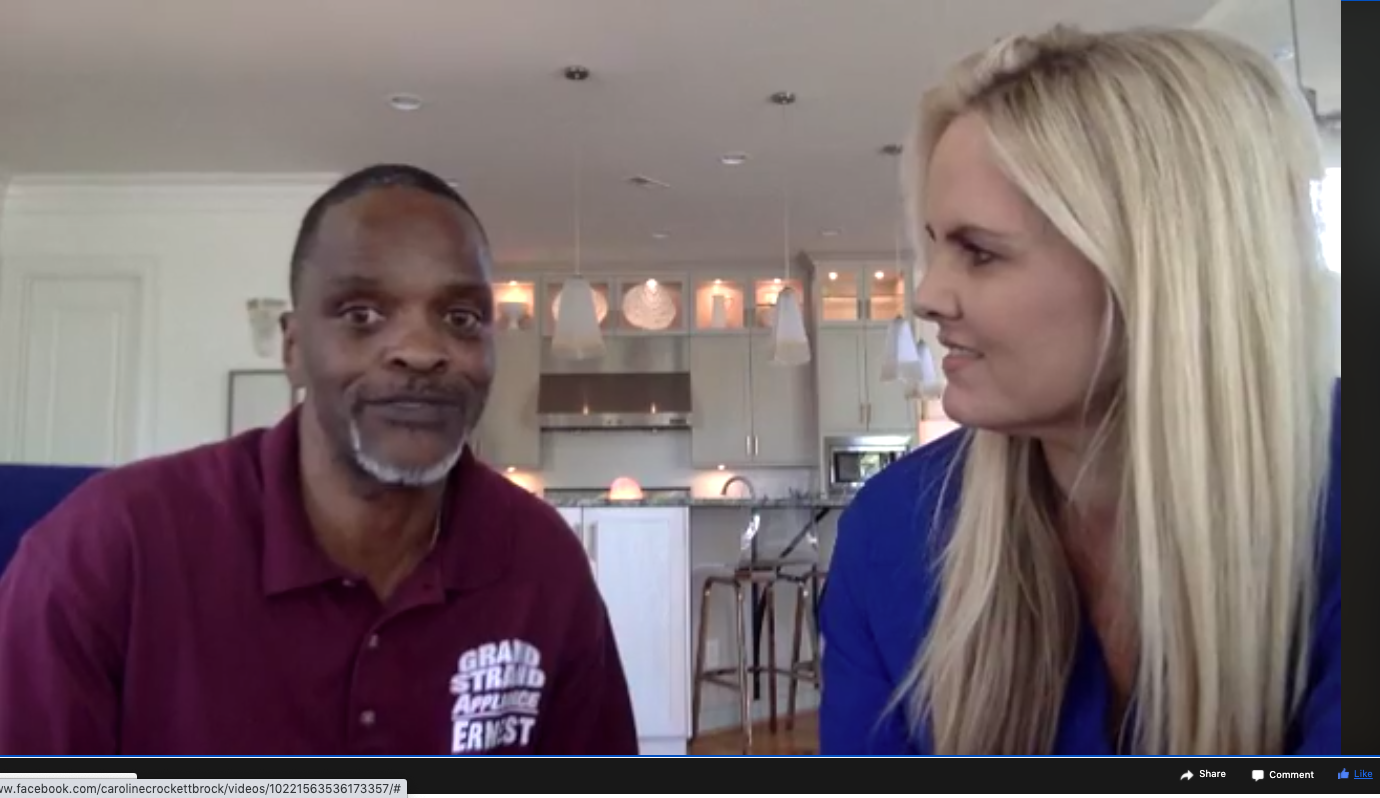 On Saturday, a Myrtle Beach, South Carolina woman was inspired to talk honestly to her black repairman about racism — something the self-described “45-year-old white woman living in the South” had never done before.

With Ernest Skelton‘s permission, Caroline Crockett Brock wrote about her enlightening discussion with the appliance repairman on Facebook, and the post has been shared more than 135,000 times. The conversation took place Saturday — as thousands of Americans, fueled with fresh anger after watching a white cop slowly kill George Floyd in a tragic viral video, protested across the county.

“I asked him how he was feeling in the current national climate,” she wrote. “Naturally, he assumed I was talking about the coronavirus, because what white person actually addresses racism head on, in person, in their own home?”

Brock then asked him what it was like to be a black man in Myrtle Beach right now.

“The answers were illuminating,” Brock wrote.

Skelton is a successful college-educated business owner. He said he gets pulled over by the police in Myrtle Beach “At least 6 times a year.”

“He doesn’t get pulled over for traffic violations, but on the suspicion of him being a suspect in one crime or another,” Brock wrote. “Mind you, he is in uniform, driving in a work van clearly marked with his business on the side.”

He said that police have made him show invoices for his work, asked him if he’s selling drugs, and asked about the boxes (of appliances) he has in his van.

WPDE, a Myrtle Beach news station, reported that the Myrtle Beach city manager was troubled by this and was investigating Skelton’s “allegations.”

A 2013 Justice Department study showed that black drivers are 31 percent more likely to get pulled over than white drivers, the Economist reported.

Skelton told Brock he no longer works after dinnertime because “it isn’t safe for him to be out after dark.”

“Let me say that again, Ernest, a middle-aged black man in uniform cannot work past dark in Myrtle Beach in 2020 because it’s not safe for him,” she wrote. “He did not say this with any kind of agenda. It was a quiet, matter of fact truth. A truth that needs to be heard.”

Ernest Skelton shared other honest experiences as a black man, too.

“Ernest says most white people are a little scared of him, and he’s often put in a position where he has to prove himself, as though he’s not qualified to repair appliances,” Brock wrote.

After the conversation, Brock asked Skelton if she could take his picture and post about their discussion on Facebook.

“He thought it was a great idea,” she wrote. “As he left my house an hour later, he looked me in the eye and said, ‘If you ever march, or have a meeting on this topic, or want to change things in Myrtle Beach, I’ll stand with you.'”

Brock wrote that this open and honest conversation with Ernest is one of the many examples of what white people can do right now to help improve systemic racism in America.

“I can begin healing our country by talking frankly with African Americans in my world—by LISTENING to their lived experience and speaking up,” she said. “I can help by actively promoting black-owned businesses. That’s what I can do today.”

Activists have echoed this sentiment — saying listening and learning about race is one of the most basic, important things to do right now.

Brock said the Myrtle Beach city manager contacted her about her Facebook post and she is planning on meeting with officials to be sure “this doesn’t happen in our city any longer.”

“This is how we change our country. Normal folks. One town at a time??,” the Facebook post concluded.

Skelton said Caroline “put tears in (his) eyes” when he read the post. The two said they’ve both been overwhelmed with messages of support from people around the world.

David Dorn: His Life Mattered, Too