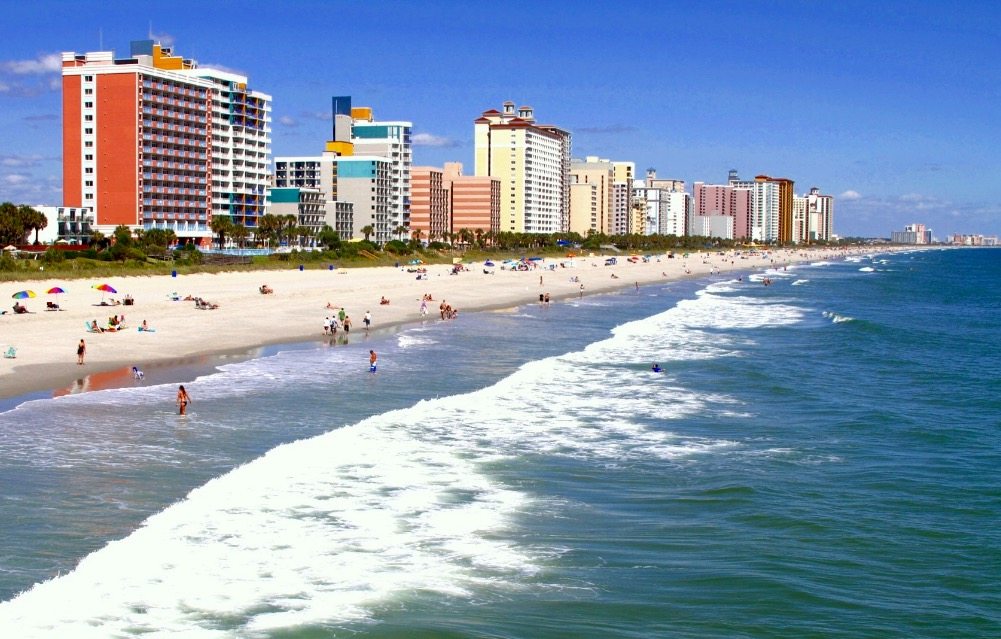 From Myrtle Beach to Charleston, most South Carolina beach towns have lifted restrictions and opened up after Gov. Henry McMaster closed public beach access for most of April in the COVID-19 pandemic.

As the beaches reopen —along with a lot of businesses in South Carolina —it’s important to know that different outings carry different levels of risks of contracting coronavirus and mounting evidence shows that outdoor activities are significantly safer than indoor activities, especially when social distancing is applied.

Immunologist Erin Bromage wrote this viral piece which offers a comprehensive breakdown of how exactly COVID-19 is spread.

“Remember the formula: Successful Infection = Exposure to Virus x Time,” Bromage wrote. The more time you spend with someone in a confined space, the more breaths, sneezes, and coughs you encounter increases your chance of contracting the virus, Bromage said.

As countries from around the world collect more and more data from contact tracers, scientist have revealed the top spots for “outbreak clusters” — where COVID-19 has spread the most.

“Ignoring the terrible outbreaks in nursing homes, we find that the biggest outbreaks are in prisons, religious ceremonies, and workplaces, such as meat packing facilities and call centers,” Bromage wrote. “Any environment that is enclosed, with poor air circulation and high density of people, spells trouble.”

This includes weddings, funerals, and birthdays, that account for approximately 10 percent of events where COVID-19 was spread in the early stages.

A recent study on COVID-19 transmissions in China revealed that only one outbreak — or .3 percent — came from an outdoor environment.

“Social distancing rules are really to protect you with brief exposures or outdoor exposures,” Bromage wrote. “In these situations there is not enough time to achieve the infectious viral load when you are standing 6 feet apart or where wind and the infinite outdoor space for viral dilution reduces viral load. The effects of sunlight, heat, and humidity on viral survival, all serve to minimize the risk to everyone when outside.”

New studies show that “experts are increasingly confident in evidence showing that the coronavirus spreads much more readily indoors than outdoors,” reporter Peter Sullivan of The Hill wrote.

“Parks, beaches — as long as they’re not cheek to jowl, cycling, walking, this is good,” Tom Frieden, the former director of the Centers for Disease Control and Prevention told The Hill. “Enjoy nature. It’s good for us, and it has very low risk of spreading the virus.”

But can COVID-19 spread in the water?

According to the CDC, there is no evidence that the virus can be spread through water and “the risk of COVID-19 transmission through water is expected to be low.”

However, experts are concerned about the crowds at the beaches, as overwhelming evidence shows that close contact within a large group of people spreads the disease, the Centers for Disease Control recommends the following:

The other concern with opening beaches is that it naturally attracts tourists. Take Hilton Head Island, for example.

Which beaches are open?

Surfside Beach opened access to public peaches for “non stationary activities”  and beach parking is only for residents.

As of April 27 (the town’s latest update), Kiawah’s beach access points (with the exception of Beachwalker County Park which is closed) are private and were not closed under McMaster’s original order.

The Post and Courier reported that Sullivan’s Island will bee open for beachgoers for exercise only. Council members voted to prohibit coolers and chairs.

Isle of Palms officials voted May 4 to remove the town’s checkpoints and open up the beaches to non-residents by May 6, the Post and Courier reported.

On May 4, the town announced “the town’s beaches remain open; however, beachgoers must limit their group size to no more than ten people, and beachgoers must also practice “social distancing” at all times.”

The island is closed to visitors with a checkpoint in place for 24 hours until further notice. The beaches are accessible only for residents for recreational purposes.

Hunting Island, as well as all South Carolina state parks, reopened on Friday, May 1 “on a limited basis.”

UPDATE beginning Friday May 15: Residents with parking stickers will be able to access Driessen and Islanders beaches. Coligny Beach will allow the public to park for free but at 50 % capacity. Folly Beach, Fish Haul and Alder Lane are open to the public.

Mandy Matney is the news director at FITSNews. She’s an award-winning journalist from Kansas who has worked for newspapers in Missouri, Illinois, and South Carolina before making the switch to FITS. She currently lives on Hilton Head Island where she enjoys beach life. Want to contact Mandy? Send your story ideas, comments, suggestions and tips to [email protected]tsnews.com.