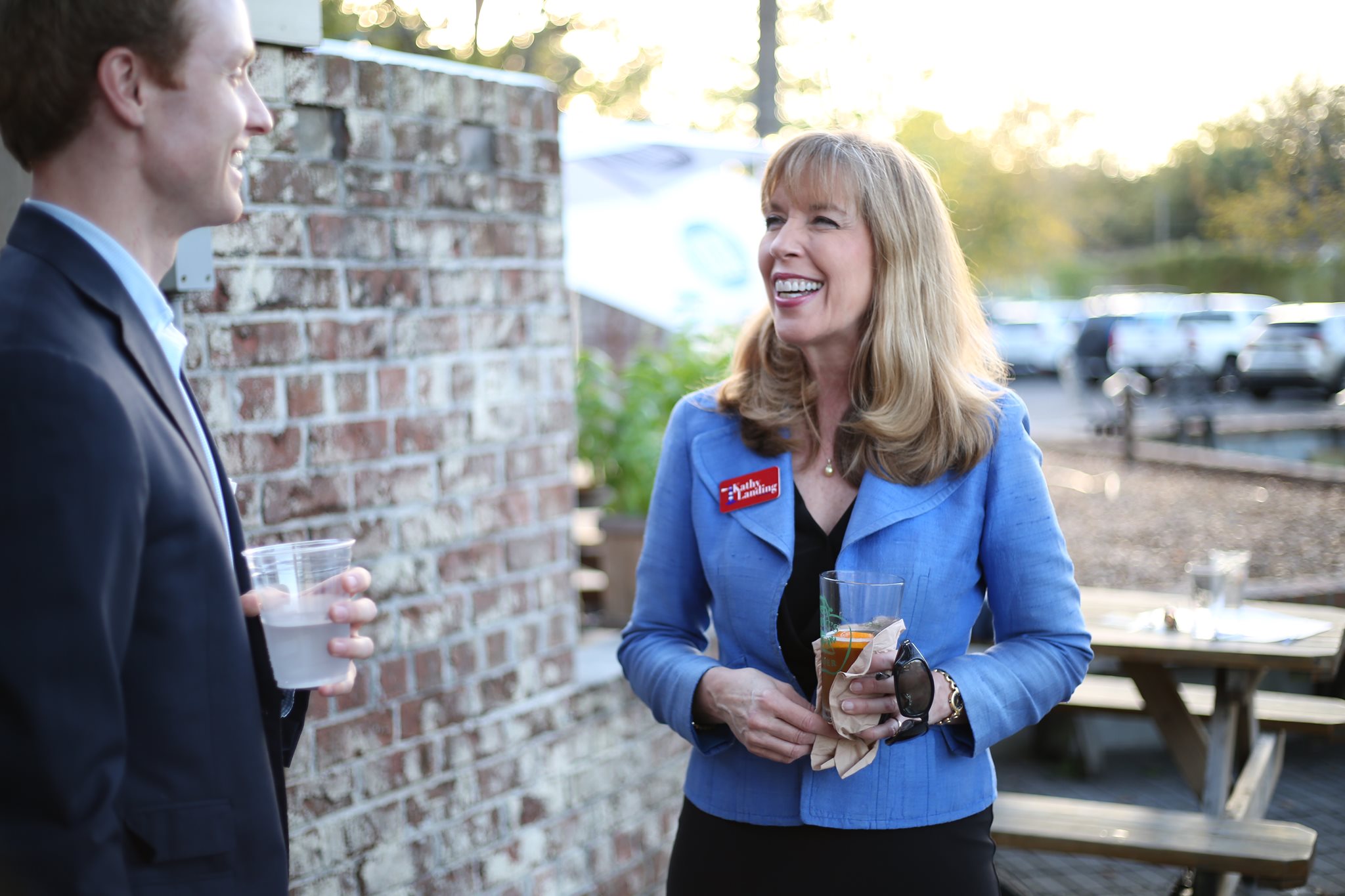 While the global news crush continues to be dominated by the 2019-2020 coronavirus pandemic, there are still political races taking place across South Carolina – including a battle for the Palmetto State’s first congressional district. This seat was seized by Democrats in 2018, with “ocean engineer” Joe Cunningham scoring an upset victory over badly divided Republicans.

Can the GOP recapture the district?

It will be a tough fight …

In 2016, U.S. president Donald Trump carried the first district – which includes the South Carolina Lowcountry population centers of Charleston and Beaufort – with 53.5 percent of the vote, while former GOP nominee Mitt Romney scored 58.3 percent of the vote in 2012.

Prior to Cunningham’s upset victory, Republicans had held the seat for nearly four decades.

Demographics in the first district are changing, though, and Cunningham has successfully branded himself (with some help from GOP politicians and “conservative” groups) as a “Lowcountry over Party” centrist – although his vote during the impeachment drama could complicate such self-identification.

One of the Republicans looking to challenge Cunningham in the fall is Mount Pleasant, S.C. town councilwoman Kathy Landing. This week, Landing launched a television advertisement looking to jump-start her candidacy.

The ad – entitled “Two Choices” – focuses on Landing’s compelling personal narrative. After losing both of her parents as a child, Landing was raised by her half-brother – a chaplain with the U.S. Marine Corps. She went on to attend Duke University, and later earned a master of science degree in financial planning.

“America, our state, and our community are in very difficult times right now,” Landing said in announcing her ad. “I am hopeful that sharing my story will give encouragement to some, while also providing our Lowcountry neighbors a better understanding of the experiences, passion, and commitment I offer them.”

Landing’s strategist, Michael Mule, said the campaign was spending $125,000 on the advertisement – which will be running on Fox News over the next two months.

Landing has her work cut out for her if she hopes to win the GOP nomination. At the moment, second-term Republican state representative Nancy Mace of Daniel Island is the clear frontrunner for her party’s nomination – enjoying significant institutional and financial support.

A fifth candidate – Beaufort county councilman Michael Covert – had been campaigning for this seat for more than a year but dropped out of the congressional race at the last minute. Covert is challenging state representative Bill Herbkersman for his seat in the S.C. House of Representatives instead.

“With the current situation of things locally, regionally and statewide, I find that my work here inside South Carolina is not yet done,” Covert told reporter Kacen Bayless of The (Hilton Head, S.C.) Island Packet.

Covert’s decision was a “win” for Mace, as he had been aggressive in his criticism of the frontrunner on the campaign trail (and in less public conversations with opinion leaders across the district, according to our sources).

No word yet on whether Landing will be similarly aggressive in the hope of knocking Mace off of her pedastal.

As of this writing, partisan primary elections in South Carolina are still scheduled for June 9, 2020 – with runoff races taking place two weeks later, on June 23, 2020. However those races could be postponed due to the impact of the coronavirus. In the Palmetto State, if no candidate receives a majority of votes (i.e. fifty percent plus one vote) on the first ballot, a head-to-head runoff election between the two top vote-getters is held two weeks later.

Whoever wins the GOP nomination will square off against Cunningham in November, as the incumbent did not draw a Democratic challenger.