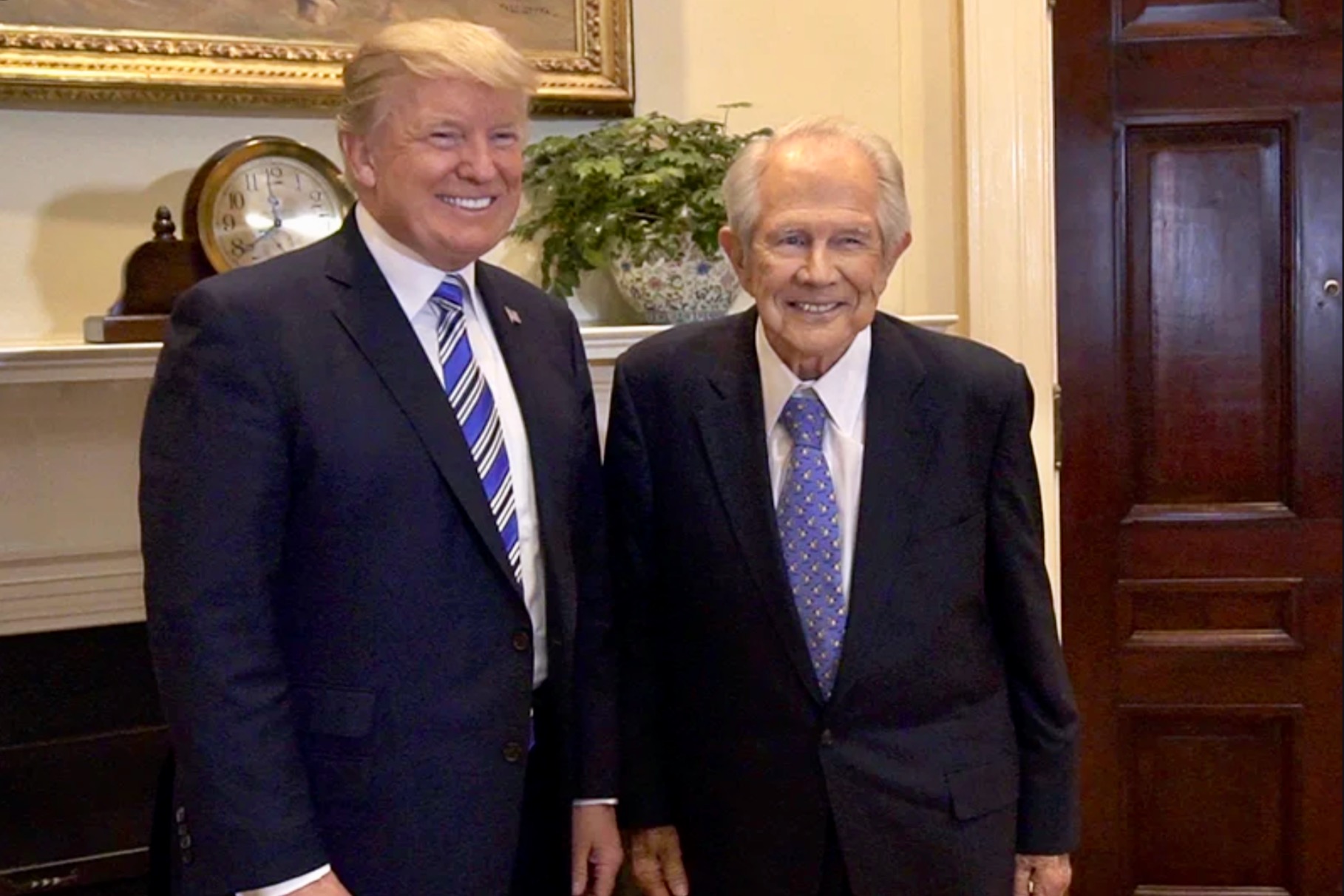 This news outlet has little use for televangelist Pat Robertson – who in addition to practicing a particularly self-serving brand of proselytization also happens to be a rabid neoconservative. Bible-beating aside, Robertson is an unrepentant warmonger who is wholly in the pocket of the pro-Israeli lobby – consistently putting the interests of the Jewish state ahead of the American state because he believes “continuation of Jewish sovereignty over the Holy Land is a further bulwark to us that the God of the Bible exists and that His Word is true.”

Sounds eerily reminiscent of one of his wallet-emptying altar calls, doesn’t it?

Don’t get us wrong: We are not opposed to the existence of a Jewish state – we simply oppose its ongoing subsidization by American taxpayers. And while we are devout non-interventionists, we allow for situations in which our “One Nation, Under God” ought to rise up in righteous anger against its adversaries.

A proxy war in Syria does not qualify, though. Particularly when you take a closer look at some of our “allies” in that struggle …

Anyway, Robertson is back in the news this week over a quote that has been widely attributed to him. Several of our readers forwarded us the quote, which alleges that during an appearance on the 700 Club – his televised “ministry” – Robertson blamed the spread of the current coronavirus pandemic on oral sex.

“Some of these young-uns are doing all kinds of unnatural things with their sex organs,” Robertson purportedly said. “When people do that, they transfer all kinds of chemicals from ladies’ private parts and that’s where I think the virus came from. We never had this kind of thing when I was coming up. But no one was committing oral sex back then.”

The only problem? The quote is fake news.

Robertson never said it … although as Matt Novak noted for Gizmodo, “admittedly, it sounds like something Robertson would say in real life.”

According to Novak, the quote originated from The Business Standard News, a website that “either creates ‘satire’ or intentionally fake news, depending on how you interpret their business model.”

You know … like Babylon Bee, except without the humor.

Still, Novak noted that numerous liberal luminaries – including actress Alyssa Milano and journalist Julia Ioffe – fell for the fake quote, although he again noted “it does sound like something Pat Robertson might say.”

Robertson, 90, of Lexington, Virginia, became a pastor in the late 1950s after failing to pass the bar exam in the state of New York. The son of the late U.S. senator Absalom Willis Robertson of Virginia, he has – like other rabid neoconservatives – been accused of exaggerating his military service.

A U.S. Marine, Robertson claimed to have seen front-line service in North Korea – but was later compelled to acknowledge that this account was not entirely true.

Robertson ran unsuccessfully for the Republican presidential nomination in 1988, drawing more than a million votes (9 percent of the primary electorate), winning four states and capturing more than 200 delegates in the 1988 GOP primary.