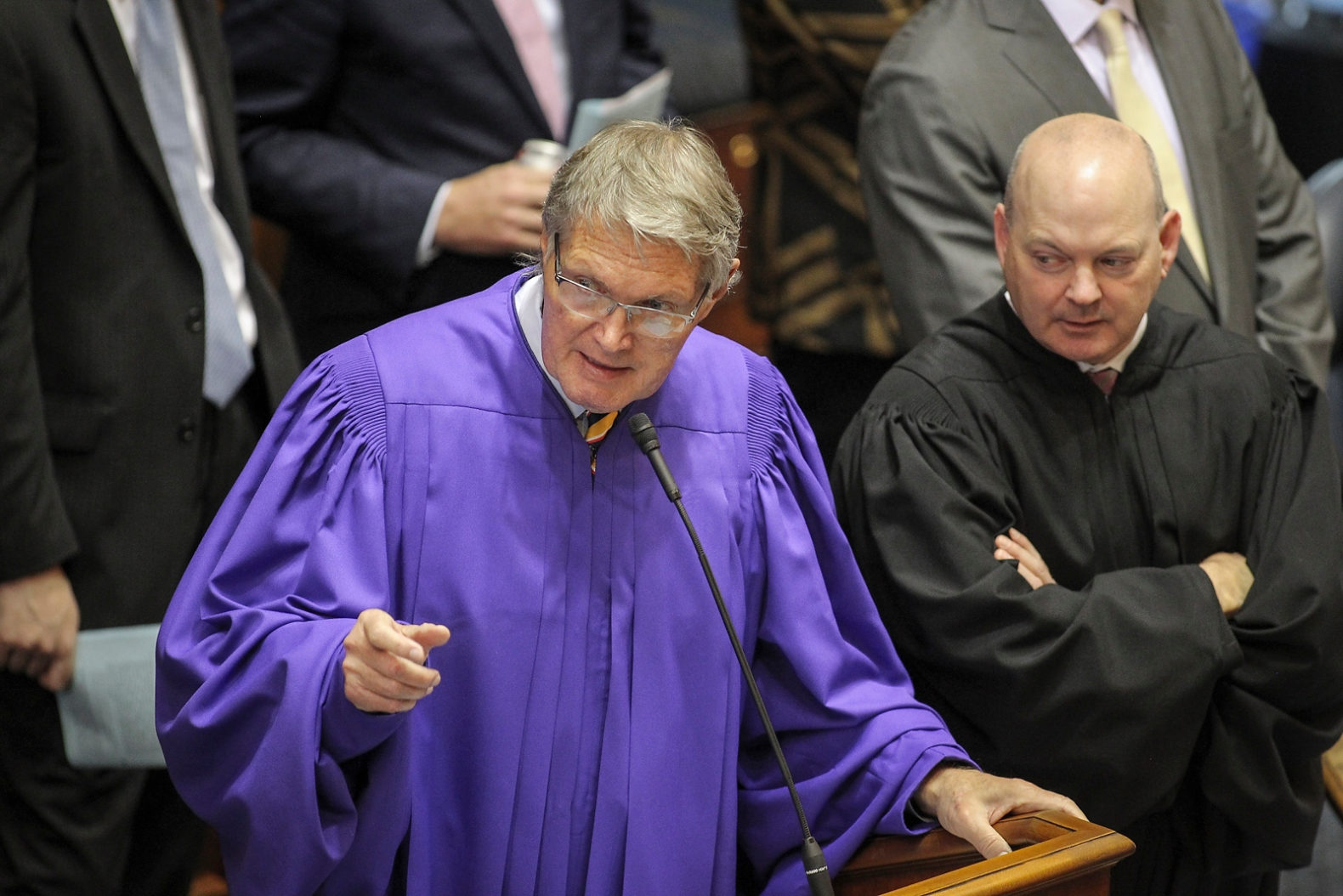 As the debilitating 2019-2020 coronavirus pandemic approaches its (first?) peak, South Carolina senate president Harvey Peeler has summoned his chamber to Columbia, South Carolina for a special one-day session. News of the session comes on the heels of our report earlier this week about the S.C. House of Representatives reconvening next week.

According to Peeler, his decision to call senators to Columbia was made upon consulting with majority leader Shane Massey, minority leader Nikki Setzler, finance chairman Hugh Leatherman and judiciary chairman Luke Rankin.

House leaders confirmed to this news outlet that their chamber would gavel to order at the same time.

As we previously reported, lawmakers are planning to take up two specific items next week. First, they are expected to approve a continuing resolution that funds state government at its current levels. Second, they will pass a separate resolution that would allow for the chamber to adjourn sine die, which is Latin for “without day.”

In other words, they will approve the same spending plan they passed last year – and then agree not to meet again until further notice.

Peeler confirmed this abbreviated agenda in his memo to senators.

“The goal is to consider only legislative necessary to allow us to recess the General Assembly until we can return to work on a more regular schedule,” he wrote. “A sine die resolution and the continuing resolution for the budget are most important to achieve this goal.”

Sine die resolutions govern which specific items lawmakers are allowed to address when (and if) they reconvene prior to the next year’s session -scheduled for January 2021 after the November elections.

There is always furious lobbying over the language these resolutions will contain – specifically related to which items are included and which are left out. Our guess is that the lobbying will be fiercer than ever given the uncertainty hanging over the current legislative session.

Sources tell us lawmakers are currently planning to return to Columbia, S.C. sometime in the fall – after the worst of the virus hopefully passes – to address the 2020-2021 state budget in greater detail. We are also told there is growing pressure to include legislation related to the potential disposition of government-run utility Santee Cooper in the sine die resolution given the looming uncertainty over previously released budget projections.

Lawmakers had been counting on a $2 billion surplus (at least) in the fiscal year beginning on July 1, 2020. In fact budget writers in the S.C. House – who get first crack at crafting the state spending plan each year – have already appropriated the money.

Given the catastrophic economic fallout from the coronavirus, however, these projections are now very much in doubt. In fact, we believe if lawmakers stick to their current plan to return in the fall that they will likely be dealing with budget cuts.

If Santee Cooper can still fetch value on the open market, state lawmakers – who have spent decades mismanaging this asset – may no longer have any choice but to sell it.

In his letter to senators, Peeler noted that public health officials in the state had advised lawmakers to do their work “as soon and as quickly as possible” due to the coronavirus threat.

“In order to keep everyone as safe as possible, I expect senators to utilize any space available in and around the chamber to maintain safe distances from one another during session,” Peeler wrote. “Only senators and essential staff will be allowed in the chamber, ante chamber and cloak room.”

That wasn’t good enough for S.C. senator Thomas McElveen of Sumter, S.C. In a letter to S.C. governor Henry McMaster, McElveen urged the state’s chief executive to exercise his authority to move legislative deliberations to more secure and convenient place of meeting.”

Specifically, McElveen wanted lawmakers to meet at the nearby Colonial Life Arena in downtown Columbia, a venue which he argued “would allow us to conduct the important an necessary business of the state without the elbow-to-elbow contact in very large groups that is inevitable in our respective … chambers.”

“Taking such action may actually save lives,” McElveen wrote in his letter (.pdf), which alluded to the disproportionately high percentage of state lawmakers who are of advanced age.