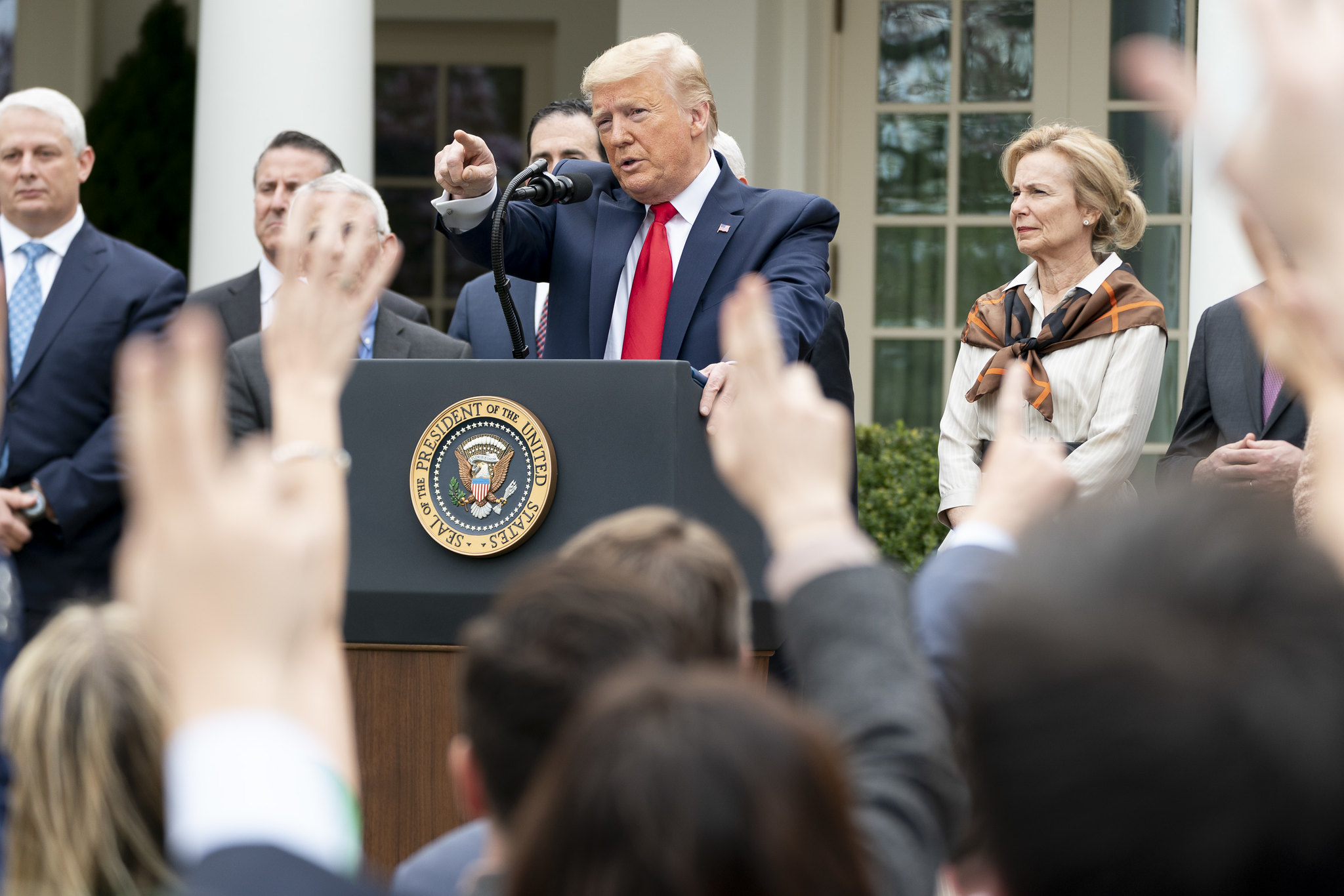 The administration of U.S. president Donald Trump is negotiating with congressional Republicans in the hopes of passing a massive $1 trillion rescue plan that could mitigate some of the fallout from the 2019-2020 coronavirus (known officially as 2019-nCoV or COVID-19).

According to reporters Erica Werner and Jeff Stein of The Washington Post, the plan could include the U.S. Treasury cutting two $1,000 checks to “many Americans” – a total of $500 billion in relief – while also doling out $300 billion to help small businesses keep workers employed during these uncertain economic times.

The package would also contain some industry-specific relief – a.k.a. crony capitalism – which we reject.

Again, we would take that $200 billion and add it to the consumer/ small business side of the ledger.

As we noted earlier today, government stimulus efforts in response to this pandemic “cannot take the form of more bureaucratic bailouts and corporate cronyism … instead, (they) must come in the form of widespread relief for millions of middle-income and lower-income Americans who were already struggling to make ends meet before the virus hit.”

In other words, all relief must be targeted to the individual income earners and small businesses that drive – or rather, were driving the economy before the crisis hit.

Obviously, Republicans do not control all of the levers of government in Washington, D.C. but there was this encouraging excerpt from Werner and Stein’s report …

The White House will still need backing from Democrats before any plan can be pushed into law, but many Democrats have said they would support sending cash payments to Americans who are struggling to pay bills because of the virus’s economic impact.

Hopefully, there will be no objection from Democrats when it comes to the provision of immediate (and frankly long overdue) aid to those who desperately need it.

And hopefully Democrats (and fiscally liberal Republicans) will not seek to load up a consumer/ small business stimulus proposal with bureaucratic bailouts, corporate giveaways, command economic diktats or other unnecessary items.

“Payment amounts would be fixed and tiered based on income level and family size,” the Treasury fact sheet stated.

Administration officials were scrambling this week after leaked notes from a meeting between Treasury secretary Steve Mnuchin and U.S. senators in which Mnuchin reportedly warned that unemployment in the United States could climb as high as 20 percent in the aftermath of the coronavirus crisis.

“It was just a mathematical statement to say if half these people were to lose their jobs, this is what it would be – but we’re not going to let that happen,” Mnuchin told CNBC.

In South Carolina, there have been 47 cases with one fatality, according to the latest statistics provided by government health officials.

Stay tuned … we look forward to updating our readers on the status of these ongoing negotiations in Washington, D.C.