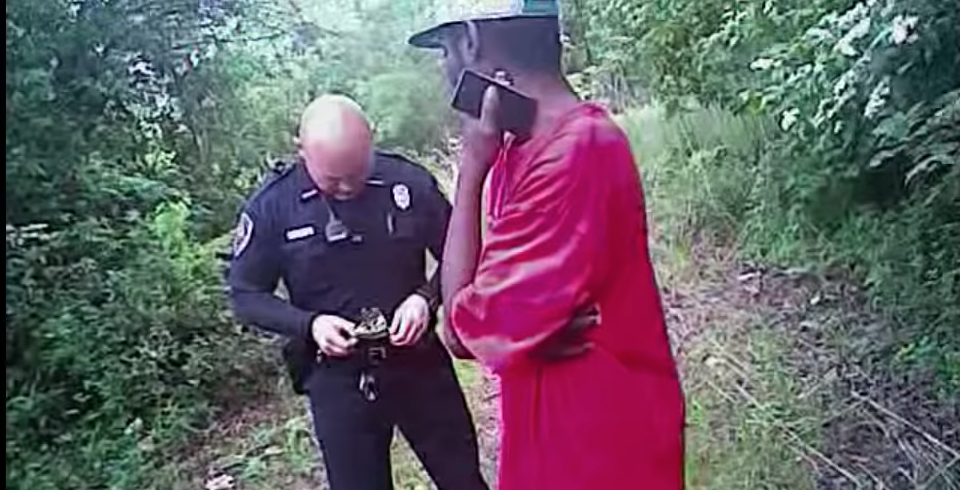 Demetrius Jamison missed his son’s third birthday while he was serving time in jail for a crime he didn’t commit.

Nearly two years later, the City of Orangeburg, S.C. has reached a $750,000 settlement with Jamison, who was not only falsely accused, but wrongfully convicted – even after an Orangeburg Department of Public Safety (ODPS) internal investigation found that the allegations made against against him were false.

On Tuesday evening, Orangeburg City Council approved the settlement with Demetrius Jamison, according to his attorney, Justin Bamberg.

“This is a case of failed leadership,” said Bamberg. “Imagine law enforcement alleging that you were guilty of something that some of them already knew you didn’t do, and all the while, you sat in jail contemplating the 20 years in state prison you were facing. That’s unacceptable and un-American.”

Jamison, of Orangeburg, was stopped by police as he was walking home on April 26, 2018, according to court records. Jamison, then 26, admitted to officers he had marijuana roaches on him, but ran from officers as they told him he was being arrested.

Body cam footage (see below on the Times and Democrat Youtube channel), showed that he was tackled by officers, but did not assault them. As several officers were on top of Jamison, one of the officers’ heads collided with another officer.

“Somebody’s head hit me in the f***ing face,” an officer said during the arrest.

However, Cpl. Justin Harris is heard on body camera footage giving orders after the arrest to two officers about what they would say happened.

Months after the arrest, an ODPS internal investigation revealed that Jamison was unlawfully arrested and one of the officers on the case was immediately fired.

Despite this, ODPS continued prosecution. Three days after internal investigation memo was written, Jamison was was on trial for the misdemeanor charge without a lawyer representing him.

At trial, an officer testified that he Jamison head-butted him and gave him a concussion (which was never shown in body cam footage), according to a National Registry of Exonerations news release.

“We cannot allow people to harm our officers,” the judge said at trial, according to the news release.

He was then convicted of misdemeanor battery and sentenced to 53 days in jail, but given credit for the 43 days he already served, according to the news release.

It was later revealed that ODPS withheld the internal investigation memo from prosecutors, Bamberg said.

On August 30, 2018, attorney Justin Bamberg showed the solicitor’s office the memo and immediately dropped the charges. He was later released from jail and his charges were both dismissed.

An investigation by the South Carolina Law Enforcement Division (SLED) “conclusively determined Mr. Jamison did not injure any of the officers,” according to Bamberg’s press release.  The First Solicitor’s Office did not press charges against the officers involved, but another office is reviewing the case.

Jamison filed the lawsuit against the City of Orangeburg in June, which revealed further details about the wrongful arrest.

“Testimony in the civil case revealed that not only did the ODPS Training Supervisor take issue with the charges, so did three of the four members of the Command Staff and other officers in the agency,” Bamberg said.

Bamberg said that he took this case on because of the “importance of civil rights and policing leadership.” He said he hopes that the outcome of this case leads to policy change in the City of Orangeburg.

“No citizen should have to fight this hard for liberties guaranteed him or her in the U.S. Constitution and sworn to be preserved, protected, and defended by our police officers,” Bamberg said.