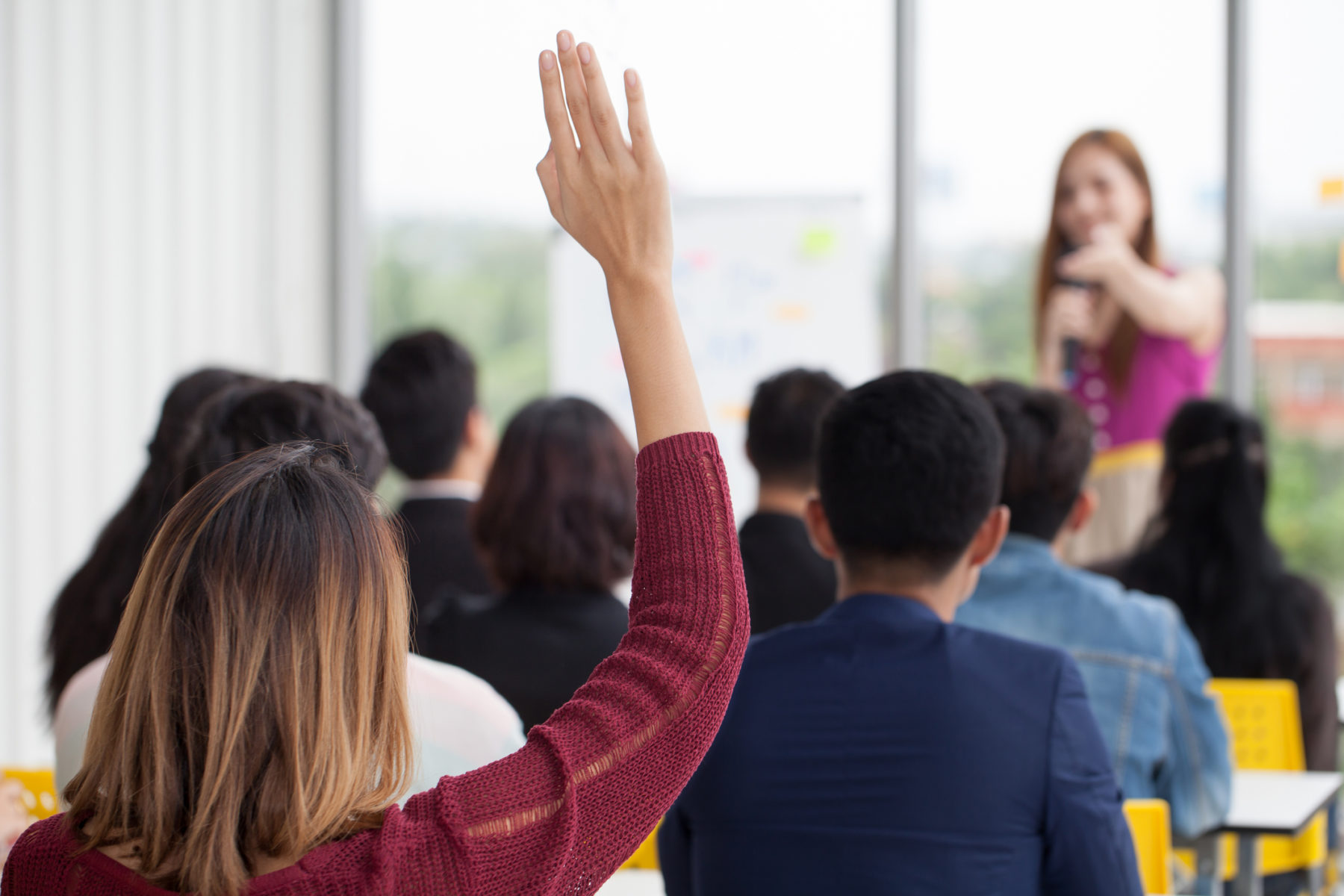 As we have often observed, many of the skirmishes in the culture war that continues to roil our nation revolve around entities receiving tax dollars. By virtue of their receipt of such appropriations, these entities are bound by the latest iteration of equal protection principles ensconced in the Fourteenth Amendment to the U.S. Constitution.

Is that a bad thing? No. As libertarians our default setting is to celebrate the expansion of individual freedoms. But when government goes where it shouldn’t go – or suppresses viable free market alternatives – problems arise as freedoms collide.

While encompassing a host of issues (including some curious language regarding the federal debt) the gist of the Fourteenth Amendment deals with individual liberty.

No state shall make or enforce any law which shall abridge the privileges or immunities of citizens of the United States; nor shall any state deprive any person of life, liberty, or property, without due process of law; nor deny to any person within its jurisdiction the equal protection of the laws.

Over the past quarter century, the U.S. supreme court has determined on multiple occasions that sexual orientation is covered by this amendment. That it, in essence, is a protected status.

In Romer v. Evans – 517 U.S. 620 (1996) – the court established the principle of protected status for homosexual and bisexual citizens, striking down a 1992 Colorado referendum that barred municipalities within the state from extending such protections.

All four opinions were written by associate justice Anthony Kennedy.

Meanwhile in South Carolina, the state supreme court ruled in Doe v. South Carolina – 421 S.C. 490 (2017) – that the state’s domestic violence statutes were unconstitutional because they discriminated against same-sex couples.

Armed with these cases, equality advocates are now taking aim at South Carolina’s sex education laws – which they claim discriminate against non-heterosexuals.

According to a lawsuit (.pdf) filed in U.S. district court in Charleston, S.C. last month, a trio of equality groups are suing the S.C. Department of Education (SCDE) over a state statute which they claim is “facially discriminatory.”

Specifically, they claim the statute in question “violates the Equal Protection Clause of the Fourteenth Amendment to the U.S. Constitution by singling out non-heterosexual students as a class for negative treatment based on their sexual orientation.”

Are they right? Yes …

First, though … some background. In the late 1980s – as America was gripped by the spread of acquired immunodeficiency syndrome (AIDS) – governments in sixteen states approved or amended sex education curricula in response to the epidemic.

These laws are collectively referred to as “no homo promo” statutes, owing to language contained within them barring government-run schools from discussing homosexuality as part of sex education instruction (unless the discussion was related to sexually transmitted diseases).

South Carolina’s statute – § 59-32-30 (A)(5) – is relatively tame when compared to some of the statutes adopted in other states. However, its language is clearly violative of equal protection based on the rulings discussed above.

According to the latest lawsuit, this is not only unconstitutional but “the negative impact (of this discrimination) is significant, communicating to teachers and students that there is something so shameful, immoral, or dangerous about ‘homosexual relationships’ that they should not generally be discussed.”

Are those bringing the suit correct? Again, yes. We believe they are.

Superintendent of education Molly Spearman issued a statement in response to the lawsuit.

“As State Superintendent, I am required to uphold the laws passed by the South Carolina General Assembly without discretion,” Spearman said. “My primary obligation, however, is always to protect the rights and safety of our students and their families.”

According to Spearman (above), “the lawsuit filed this week highlights an issue that the General Assembly has failed to address.”

Given this failure, Spearman sought (and received) an advisory opinion from the office of S.C. attorney general Alan Wilson. The opinion (.pdf) from Wilson’s office was drafted and signed by S.C. solicitor general Bob Cook. It concluded, as expected, that “a court would likely conclude that this provision is unconstitutional as violative of Equal Protection.”

Cook acknowledged that even though specific state-level sex education statutes have yet to be reviewed by the courts, “there is already strong constitutional precedent in the area of discrimination on the basis of sexual orientation.”

However, Cook’s opinion introduced what we believe is a critical component to this discussion – namely, that liberty is a two-way street.

“We also note that the religious liberties of parents, students, teachers and administrators who object to a discussion of homosexuality in the classroom must be protected,” Cook wrote, adding “there are potentially free exercise of religion rights which must be protected as well.”

This leads us to the “opt-out” provision of state law, which allows parents to keep their children out of any sex education classes. For any reason they choose.

And for teachers and administrators to opt-out as well …

Cook’s opinion stressed that “parents who wish to exempt their child on the basis of discussion of homosexuality … (should be) afforded the statutory right to do so.”

“Parents have the right to protect their children from what they perceive as an endorsement (of) one belief system or another,” Cook wrote.

“This office has consistently supported and will continue to support the protection of religious liberties in every context,” Cook’s opinion concluded. “Important free exercise of religion rights must be protected, while at the same time, ensuring that anti-gay discrimination which violates the Constitution is not present in the classroom.”

Spearman concurred with the ruling from Wilson’s office, expressing her support for the “opt-out” clause.

“I also believe that parents should continue to have the final say in whether or not their child participates in health education curriculum,” Spearman said. “The ultimate decision now rests in the hands of the Court. I trust they will be swift and their decision will uphold the dignity of all students.”

We reached out to Wilson (above), who told us he believed Cook’s opinion “harmonized” the potentially conflicting interests involved in this case.

“I don’t think the competing liberties in this case are mutually exclusive,” Wilson told us, stressing the “delicate balancing act” required to make sure everyone’s rights are protected.

Did his office strike the right balance in its opinion?

Kevin Hall is a veteran corporate attorney from Columbia, S.C. and a managing partner at Womble Bond Dickinson. No stranger to equality battles, he represents the plaintiffs in the federal case filed last month. Additionally, Hall – who has represented multiple GOP governors in high-profile cases – is one of the best-known South Carolina Republicans to have publicly identified as a gay man.

“American equal protection jurisprudence has evolved over the last twenty years to recognize the fundamental dignity and equality of LGBTQ people,” Hall told us. “Our South Carolina anti-gay curriculum law is a relic of an era that has long since passed, and it is clearly invalid under applicable Supreme Court precedent.”

Hall praised the opinion issued by Wilson’s office for its thoroughness – and for the conclusion it reached as to the presumed unconstitutionality of the disputed statute.

“The thorough analysis prepared by the attorney general reflects these changes in American law and arrives at the inescapable conclusion – this discriminatory statute violates the constitutional rights of LGBTQ students and it must go,” Hall said. “It is high time that LGBTQ students in South Carolina receive the same educational opportunities as their classmates, and striking this statute down is an important step forward in this process.”

We agree (so long as the parental opt-out language remains part of the sex education statute) … but what sort of curriculum should replace it?

This is where things could get very dicey, very quickly in the S.C. General Assembly, where social conservatives and liberal Democrats are likely to butt heads on suggested “replacement language.”

Our view? This news outlet has long championed equality when it comes to sexual orientation, however we are every bit as passionate when it comes to protecting religious freedoms – and we will zealously guard against anything that smacks of compulsory, taxpayer-funded indoctrination of our youth. From our vantage point, we believe Wilson’s office did an excellent job balancing these interests, and we hope its opinion serves as a guide for state lawmakers seeking to address this issue in the months and years to come.

More fundamentally, we believe the real key to resolving so many of the culture wars currently being waged in our society lies with the power of the marketplace – and in getting government out of the business of doing things it should not do (like higher education). Or, in lieu of that, extending the reach of the free market into those areas where government does have a legitimate role to play (like K-12 education).

In South Carolina, this fundamental rethinking of government functionality must include the long-overdue introduction of a legitimate market-based system of K-12 education based on the concept of universal parental choice.

In the meantime, though, we suspect this “no promo homo” statute will be struck down by the courts in short order … leading lawmakers into yet another contentious culture war skirmish.

Joe Biden Is Not A Moderate On Guns … Or Anything Else