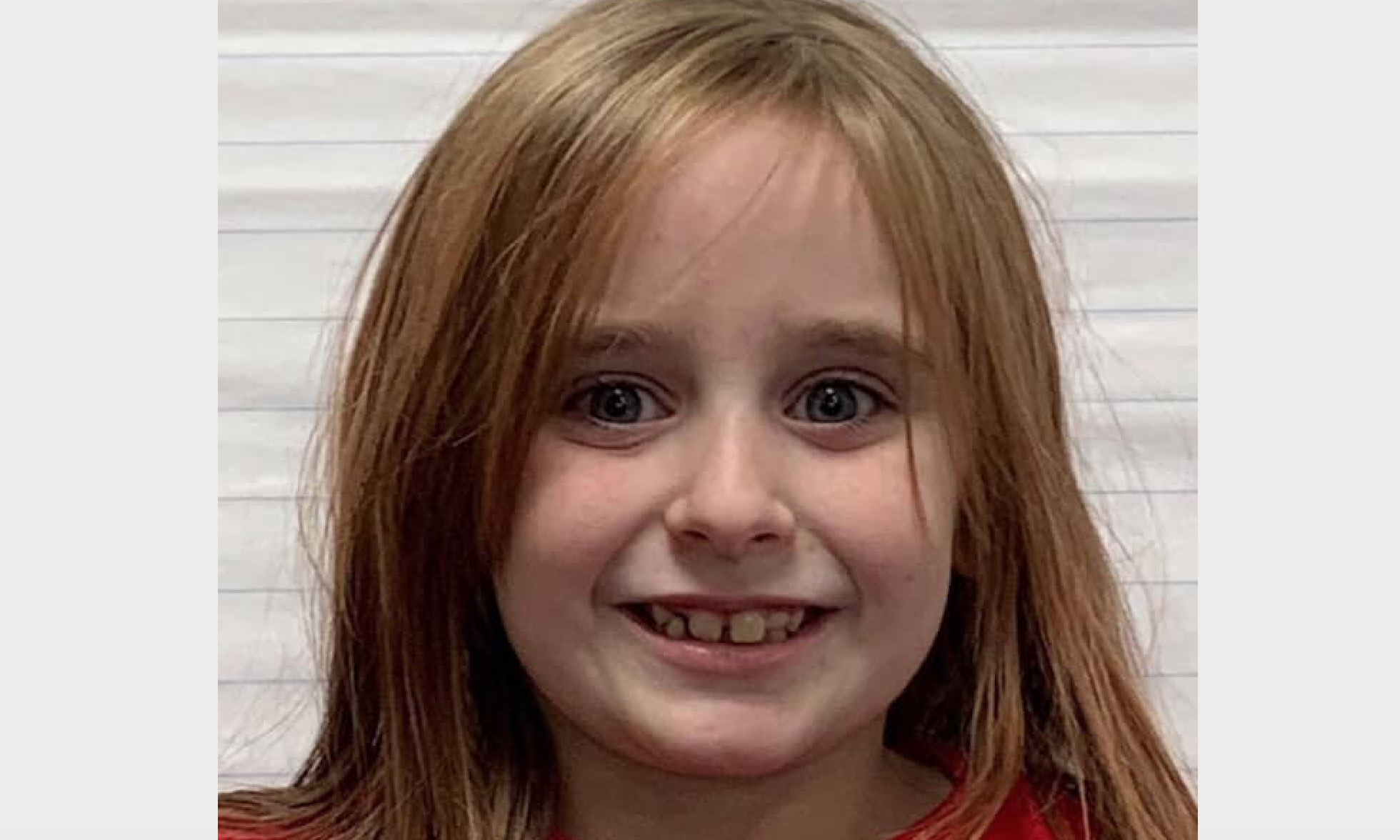 As Faye Swetlik’s family members prepare to lay their little girl to rest, Cayce, South Carolina Department of Public Safety officials are still piecing together the evidence in her murder investigation.

“There’s a lot of unanswered questions,” Antley told FitsNews. “We had a lot of information coming in last week and now that we know the ending, we’re going back to all of the information to see if we can piece a timeline together.”

On Tuesday, officials shared some horrific details of Swetlik’s death. Her neighbor Coty Scott Taylor —who didn’t have a criminal record — abducted and killed the 6-year-old within a few hours after she went missing last Monday, according to evidence found on both bodies and at his residence. Her cause of death was asphyxiation, which means he cut off her air supply.

30-year-old Coty Taylor’s body was found on his back porch shortly after they found Faye Swetlik in the woods near his home last Thursday. Both Swetlik and Taylor lived in the Churchill Heights neighborhood, located about two miles from the Columbia airport. Taylor’s death was ruled a suicide. Authorities said he cut his own throat.

As investigators work to close the case officially, Antley answered a few questions for FITSNews.

Was Coty Taylor involved in other crimes?

Police are working to find out if Taylor was linked to other crimes.

Statistically speaking, it’s unlikely that someone would leap from being a perfectly law-abiding citizen to a child kidnapper and murderer.

A Department of Justice study found that one-third of child killers/ victimizers didn’t have a prior criminal record.

“Now that we know (Taylor) is responsible for this case, absolutely we are seeing if he was related to anything else,” Antley said. “That’s where other agencies come in.”

Coty Taylor’s DNA profile has been uploaded to the state level system, a SLED spokesperson told FITSNews Thursday. This means agencies will be able to compare Taylor’s DNA with evidence found in unsolved crimes to see if there are any matches.

“It’s really subjective whether or not it matches him or not,” Antley said.

In 2012, Lexington County Sheriff’s Department released a sketch of a man with glasses and dark hair who tried to kidnap three girls in West Columbia—about  8 miles from the neighborhood where Faye was found dead.

According to WLTX, Taylor moved from Beaufort County, South Carolina to the Columbia area in 2008 to study math at the University of South Carolina. He withdrew in 2009, but stayed in the area.

What about the silver sedan?

Before Faye’s body was found Thursday, police were searching for the occupants driving a silver sedan that was spotted around the time Faye went missing last Monday.

Antley confirmed with FITSNews that Taylor did not own a car.

This is significant because we still don’t know where Faye’s body was kept between Monday evening and Thursday morning. Taylor not owning a car could rule out some possibilities.

What about Coty Taylor’s roommate?

Police confirmed that Taylor did have a roommate.

“We have been in contact with the roommate,” Cayce Department of Public Safety Director Byron Snellgrove said in a Tuesday press conference. “We have found nothing that indicates that he knew anything about what was going on and he was not at the residence that much during the time (Swetlik was missing)”.

Before and after Tuesday’s press conference, several people on social media questioned the roommate’s role in the crime, especially considering Taylor’s method of suicide was unusual.

Antley said they went through “every piece of technology these guys have” and found no evidence the roommate was involved.

“We understand these rumors are out there, but there is nothing to suggest from evidence that he knew what was going on or that he took part in what happened,” Antley said. “I’m sure the case file will get out soon enough…and until then, people are going to have to trust us.”

When will we know more details of Faye’s death?

Asked about whether or not Faye was buried, Antley would not comment.

“It’s just so fresh for so many people right now and we want to respect that,” Antley said. “Maybe after her funeral services…we can release more.”

Authorities have not yet said whether or not Taylor sexually assaulted Faye before she was killed.

During the investigation, police found two clues found in Taylor’s trash can — a polka dot boot that Faye was last seen wearing and a soup ladle — that led them to the discovery of both of the bodies in less than an hour last Thursday. Asked what the significance of the soup ladle was and if police believe it was used to bury Faye, Antley said what Director of Public Safety Bryon Snellgrove said in the Tuesday press conference — he had a hunch, and it led him to two bodies.

Asked if they have found any more details about how exactly Coty Taylor abducted Faye and where he took her, Antley said they are still “working to put that together.”

Why was the investigation so localized?

For three days, more than 250 officers law enforcement officers using search dogs and helicopters scoured the 1-mile radius of the Churchill Heights neighborhood where Faye vanished around 3:45 p.m. Monday playing outside of her home.

Throughout the investigation, Cayce officials kept the search extremely localized. They knocked on doors, interviewed hundreds of neighbors, and searched through their homes.

Faye’s killer —who lived just 150 feet away from her mother’s home in the center of the search radius — was interviewed and cleared by officers Wednesday, just hours before he moved her body to the wooded area near his townhome during the night. It’s still not known how he was able to move a body while a massive search was underway in the area.

“Our theory was that if she was in or around the neighborhood, we were going to do everything we could to keep evidence of that from getting out of the neighborhood,” Antley said. “So that’s why we were stopping every car and looking in cars. That’s just the systematic process that they do.”

Antley said his team didn’t have evidence that limited the search area, but the FBI child abduction rapid deployment team recommended the plan to start in the neighborhood and work their way out since there was no evidence of an abduction occurring.

“Statistics point them in the direction of that kind of mindset, and in this case, it worked out,” Antley said. “She was found in her neighborhood.”

Antley would not comment when asked if they believe Faye’s body was kept inside the neighborhood between Monday and Thursday, as their work is still ongoing.

Before they found her body, police didn’t find any evidence that Faye Swetlik was abducted — which disqualified Faye’s case from an AMBER Alert.

South Carolina Law Enforcement Division (SLED) officials told us last week that the system is designed for such specific cases and in order to remain effective, cases must comply with the highly-specific criteria.

He said they just didn’t have the evidence to support all the criteria needed for an AMBER Alert. Antley said they would have needed something like a witness seeing Faye being grabbed or video evidence showing she was kidnapped.

“The problem is our hands were tied,” he said. “AMBER alerts are a great tool when you have specific details leading the investigation in one direction. We just didn’t have that.”

While the effectiveness of AMBER alerts is highly debatable — we do know that nearly 1,000 children have been rescued because of the system.

“You know if you look at the history and the statistics, even though we didn’t get the outcome we wanted, we were successful as far as identifying who did this and telling the public there isn’t a threat to their safety.”

Antley said as the investigation wraps up,  Cayce officials will continue to be committed to transparency and keeping the media informed.

Faye Swetlik’s funeral will be held at 7 p.m. Friday Feb. 21 at Trinity Baptist Church in Cayce.

The family has requested that no one wears black, but bright colors instead (pink and purple were her favorite colors). They asked that the general public not arrive at the funeral home before the church service, the post said.

The Caughman-Harman Funeral Home told WIS News 10 that all funeral expenses will be paid for.