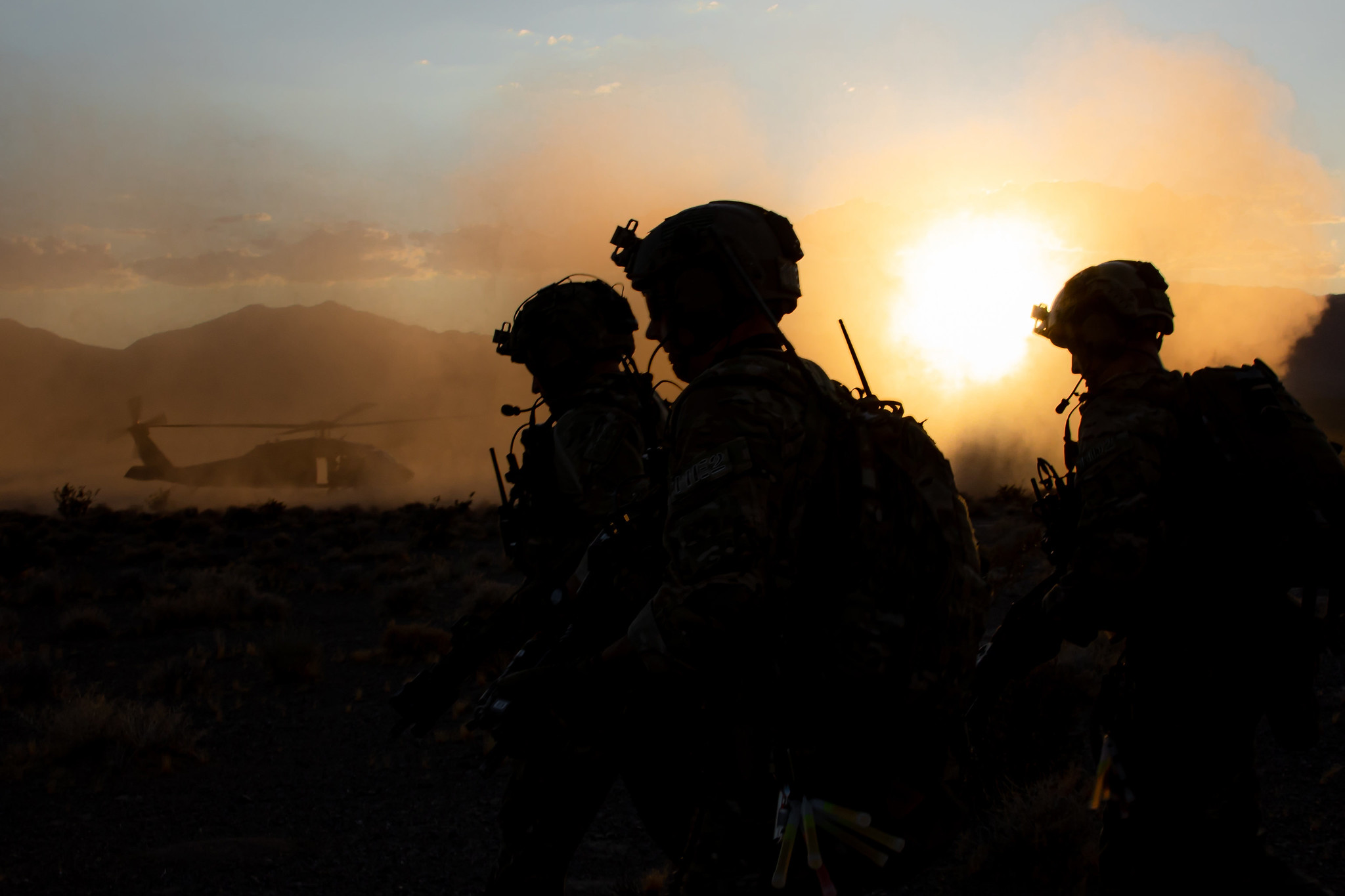 Two South Carolina state representatives have filed legislation that would block the deployment of S.C. National Guard troops overseas – authorizing the governor of the Palmetto State to “take all appropriate actions to prevent the (guard) from being called, transferred, placed, or kept on federal active duty or under federal control” absent a declaration of war by the U.S. Congress.

The bill – H. 4728 – introduced earlier this month by state representatives Stewart Jones of Laurens, S.C. and Lonnie Hosey of Barnwell, S.C. – would specifically empower South Carolina governors to “withhold, withdraw, or revoke, or cause to be withheld, withdrawn, or revoked all state approvals, authorizations, or orders relating to the call, transfer, or placement of the South Carolina National Guard, or any of its subordinate commands, units, or personnel on federal active duty or under federal control.”

Three situations would provide for the lifting of such gubernatorial authority – a military invasion of the United States, an insurrection or “a calling forth of the South Carolina National Guard by the federal government in a manner provided for by the U.S. Congress.”

In other words, a declaration of war by congress.

(Via: Stewart Jones for S.C. House)

Jones (above) and Hosey prefaced their proposal with a recap of the constitutional basis for waging war – which has been habitually ignored for decades by multiple presidents during the costly, ongoing and amorphous “War on Terror.”

Headquartered in Columbia, S.C., the S.C. National Guard is part of the U.S. Army and Army National Guard system. It is comprised of approximately 10,000 troops at eighty locations. It can be mobilized either by presidential order or by the declaration of a state of emergency by the governor of South Carolina.

Formed in 1670, it was organized into its current structure in 1903. S.C. National Guard troops have deployed on several occasions to combat zones in Afghanistan, Iraq, Kuwait and Kosovo.

Jones and Hosey’s bill was praised by Bring Our Troops Home, a national advocacy group that is “dedicated to ending American involvement in endless wars in the Middle East.”

“As veterans, we strongly support the U.S. taking strong military action when necessary to defend American lives and interests,” said former Idaho Army National Guard sergeant Dan McKnight, the founder of the group and a veteran of the Afghan War.

McKnight praised Jones in particular for “acting to ensure that when South Carolina’s men and women in uniform are involved, it’s done the right way, the way the Constitution provides.”

McKnight added that “nothing in (the bill) would prevent the governor from mobilizing the National Guard to respond to a natural disaster or maintain civil order.”

The debate over America’s war-making powers has been simmering for years as our nation’s neoconservative establishment has aggressively pushed for U.S. military engagement in a host of theaters around the world – without constitutional declarations of war.

Most of these engagements – and contemplated engagements – fall under the auspices of a 2001 authorization for use of military force (AUMF) drafted following the September 11 terrorist attacks.

We believe this authorization has been abused by the neocons to justify a host of unnecessary foreign entanglements – undeclared wars which serve no compelling national interest and in fact make our nation less safe while squandering trillions of dollars and thousands of lives.

The goal of these conflicts? Profit … for a select few. And power for the politicians dispensing the largesse.

“The first step toward rebalancing the separation of powers is for Congress to re-assert its authority and responsibility for declaring war,” former U.S. congressman Ron Paul wrote in an oped published on this news outlet back in 2017. “To this point, Congress has preferred to transfer its war responsibility to the president.”

Accordingly, we join McKnight and others in expressing our support for Jones and Hosey’s legislation – and would urge Palmetto State lawmakers to send it to governor Henry McMaster for his consideration.