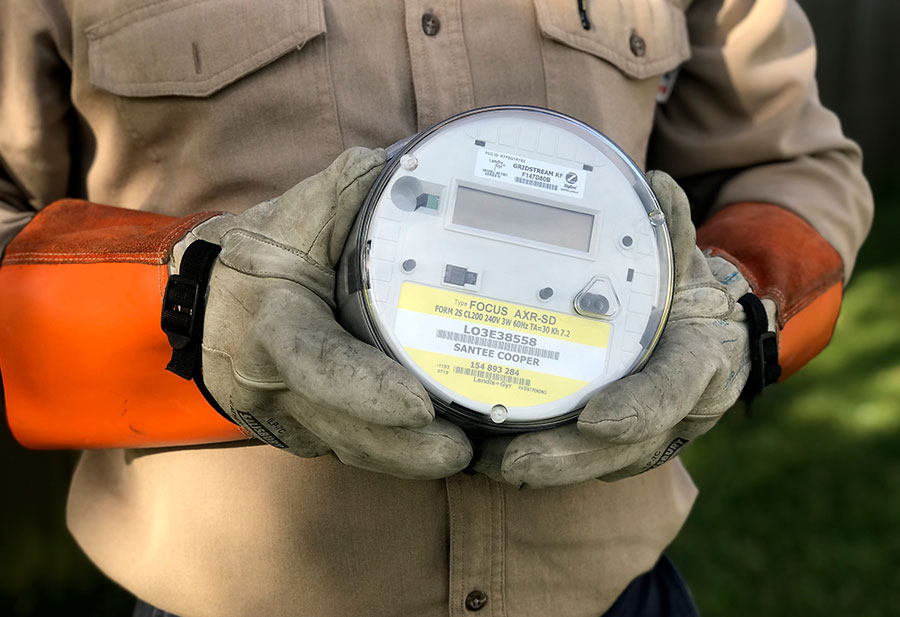 As the battle for the future of South Carolina’s state-owned, government-run utility Santee Cooper heats up, the scandal-scarred behemoth is doing everything within its power to convince state lawmakers not to sell it … and not to turn its management over to the private sector.

Should they even be talking to lawmakers right now, though?

Last time we checked, utility leaders were supposed to be refraining from lobbying lawmakers per the terms of a state law governing the bidding process for this woefully mismanaged entity.

Unfortunately, Santee Cooper appears as though it is only interested in abiding by this law when doing so suits the utility’s ongoing deception campaign.

Or, conversely, when it gets caught trying to negotiate behind the backs of state legislators … and called to account for its actions.

The latest Santee Cooper stunt? The release of a North Korean-style “customer survey” which boasts that retail electricity rates “went down $4 last year for the average customer” and that 93 percent of its residential customers (and 95 percent of its commercial customers) are satisfied with their service.

We could not independently verify this rate information … and beyond that, we are not about to vouch for any claim made by Santee Cooper regarding utility rates, customer satisfaction or any other aspect of its operations. Especially not after Santee Cooper’s leaders deliberately misled South Carolina ratepayers and taxpayers during the NukeGate debacle, which resulted in the abandonment of a pair of next generation reactors at the V.C. Summer nuclear generating station in Fairfield county, S.C. in July 2017.

Santee Cooper was actually in the process of jacking rates on consumers just eight days before announcing the abandonment of this project.

Weeks later, the true extent of the deception related to NukeGate was revealed … prompting state lawmakers who helped socialize the investment risk related to the disaster to go fleeing for cover.

Did Santee Cooper hold its leaders accountable for this multi-billion dollar failure? Hell no …

This tone-deaf entity actually gave its former chairman a multimillion-dollar golden parachute and has continued to subsidize criminal defense bills for him and other executives … even as their culpability in the disaster became painfully clear.

Next, it hired new tone-deaf bureaucrats and paid them more than twice what the others were receiving … even as its deceptions (and crony capitalist handouts) continued.

And this agency claims it is capable of “reform?”

But it is not just the questionable assertions contained in its latest piece of propaganda that are so troubling … it is the audience to which they were sent.

According to emails obtained from multiple lawmakers, the “survey” results were distributed via email to state lawmakers from Santee Cooper lobbyist Geoff Penland.

Curiously, Penland’s message references the utility’s selective adherence to the law governing its communications with lawmakers.

“We will forward you a copy of (Santee Cooper’s annual operational update) when it is complete,” Penland wrote. “This presentation will include highlight(s) from 2019 and will not include elements of our reform plan.”

Why not? Because according to Penland, the S.C. Department of Administration (SCDOA) has not completed its role in the Santee Cooper bid process – which consists of selecting the best sale offer and best management agreement for state lawmakers to consider.

“The DOA has not issued its report to you and until then we will not discuss our reform plan but look forward to doing so (sic) at an appropriate time,” Penland wrote.

“I don’t think David Copperfield could perform a better illusion,” one Santee Cooper critic told us, referring to the utility’s dubious rate claims.

As to Santee Cooper’s selective adherence to the law, our source rebuked the agency for its “ongoing, clear violation” of legislative intent.

“When it’s convenient for them to acknowledge the law, they do,” the source said. “When it’s not – they don’t.”

That is indeed what it boils down to …

Enough is enough. As they did last fall, lawmakers need to send another unequivocal message to Santee Cooper’s leaders – informing them that such meddling is inappropriate in light of the current negotiations, inconsistent with the law passed to govern those negotiations and not to be tolerated moving forward.