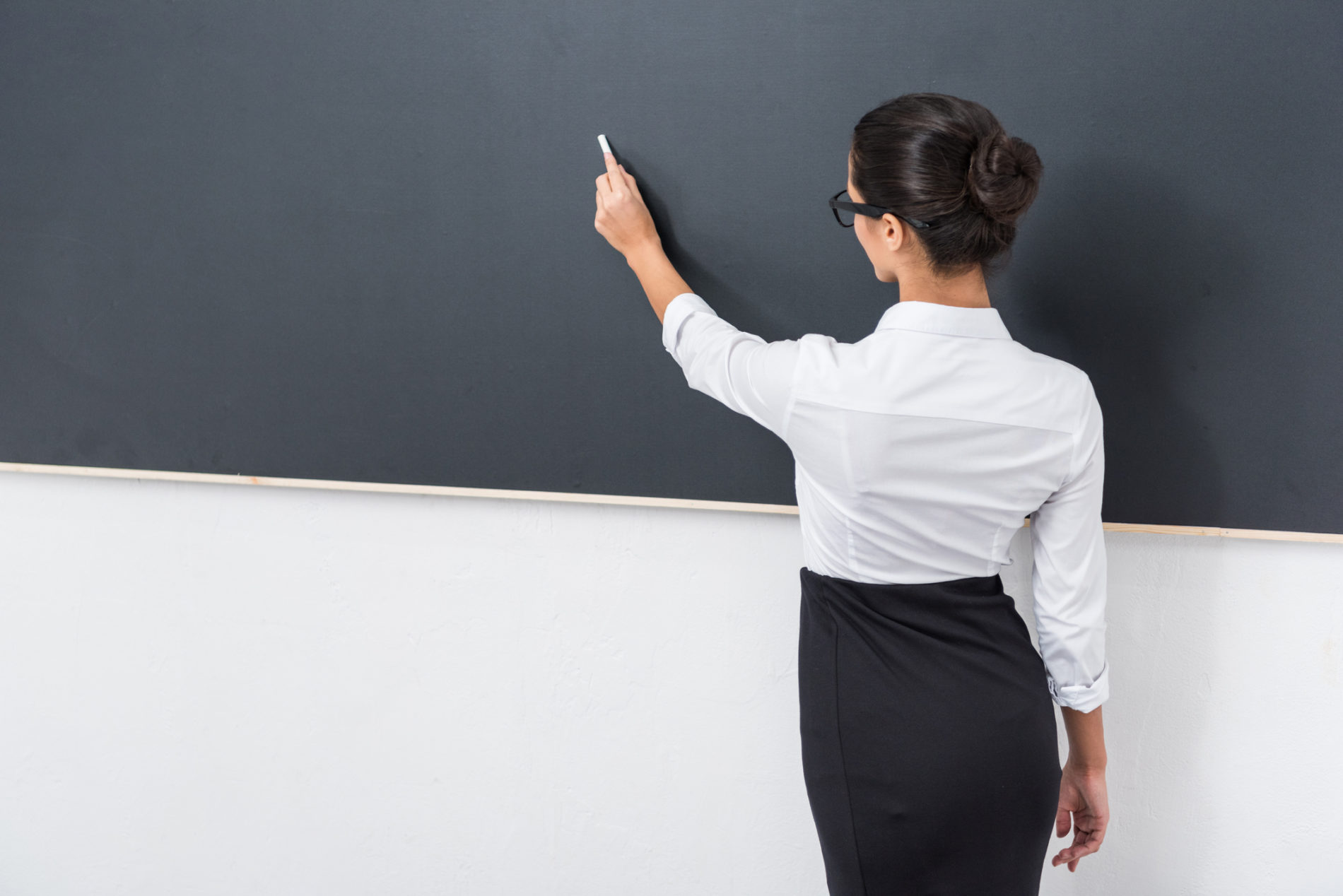 She has been placed on administrative leave pending the resolution of these three charges and her teaching license has been suspended by the state.

All of this is as it should be …

Assuming Patton is guilty of the behavior of which she has been accused, she should lose her job and never be allowed to teach again.

Our question is this: Should consensual sex between adults be criminalized?

Because the last time we checked, consensual sex between adults was not illegal.

And while we certainly do not condone adult teachers or administrators engaging in sexual intercourse (or other sex acts) with a student of any age … shouldn’t there be a distinction between an unethical act requiring civil consequences and an illegal act that spurs criminal charges?

“Obviously we believe schools should adopt zero tolerance policies when it comes to banning consensual sex between teachers (or administrators) and students – and we believe teachers or administrators who have sex with their students should never be allowed near a school again,” we wrote two years ago in response to another teacher sex scandal.

But should teachers or administrators who have sex or engage in other inappropriate relationships with students who have attained the age of consent be imprisoned for years on end?

We know this is a controversial view but … we do not think so.

To be clear: The intent of South Carolina’s teacher-student sex law is noble. It strives to keep adults in positions of authority from abusing their power in pursuit of personal sexual gratification. But as we have often noted, the law does not contain a “coercion” or “force” requirement for prosecution. All that is required is evidence that a sex act took place – or evidence of inappropriate contact/ communication between the student and teacher.

Which leads us back to our original question: Should consensual sex between adults be criminalized?

Make no mistake: If a teacher or administrator engages in a sexual relationship or behaves in a sexually indecent manner with a student who has not attained the age of consent, they should absolutely face criminal charges. Similarly, if there is any evidence of pressure applied on the student by the teacher or administrator, that represents “the definition of coercion” and a “textbook example of misconduct in office.”

Which should draw criminal prosecution.

Oh … and this news outlet is on the record in support of mandatory minimums for misconduct charges.

But in the case of Patton (above), does her offense really constitute criminal conduct?

Again, we are not convinced it does …

We have thought long and hard about this editorial position over the years as new cases arise. And with every case, there are obviously aggravating and mitigating factors. Furthermore, a compelling case has been made to us that administrators or teachers like Patton are engaging in de facto coercion given that sixteen-year-old and seventeen-year-old students are far less likely to pick up on manipulative behavior.

If that is the case, though, shouldn’t lawmakers raise the age of consent?

Also … if this is true, why does this concept of manipulation not extend beyond administrator/ teacher relationships?

Again, we are not defending administrators or teachers who engage in this sort of behavior. They should face the consequences of their actions, and if coercion or force involved they should face criminal charges in addition to being terminated and blacklisted for future teaching positions.

Teachers who engage in sexual/ inappropriate relationships with students who have reached the age of consent should ...

How America Labels Itself Politically