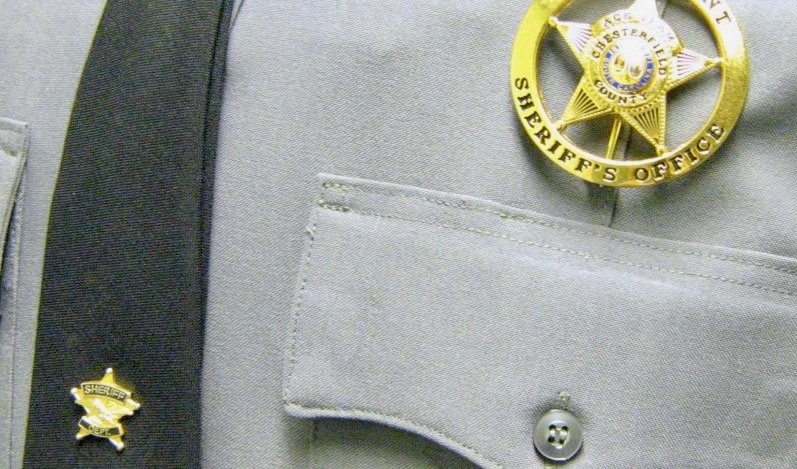 It appears as though the South Carolina State Law Enforcement Division (SLED) is going to have its hands full as it begins an investigation into allegations of misconduct against at least three former members of the Chesterfield county sheriff’s office.

The allegations – which we reported on earlier this week – have dominated discussion in this rural South Carolina county of around 40,000, which is located on the border with North Carolina roughly sixty miles southeast of Charlotte, N.C. and around 90 miles northwest of Myrtle Beach, S.C.

In delving into this scandal, what we have uncovered is … shocking.

But it is not just the graphic reports of kinky sexual activity that are likely to capture the public’s attention in this case … it is the alleged betrayal of the public trust (as well as the trust and safety of fellow law enforcement officers and their families).

Those allegations are the most disturbing from our perspective …

Also, we have received credible reports that the alleged misconduct of some of the officers tied to this case was covered up the hopes of keeping other compromising relationships within the agency hidden from public view.

If true, this scandal could escalate to an even higher energy level …

According to our sources, the central figure in this drama is Greg Evans (a.k.a. “New York”) – an alleged drug dealer who was reportedly the focus of a federal narcotics and firearms investigation. Evans was described by one of our local sources as being “a suspect in a large scale case.” Another source referred to Evans as a “kingpin.”

According to our sources, in addition to exchanging sexual favors with the three former Chesterfield county law enforcement personnel (one male, two female) Evans was also the beneficiary of information connected to his case including “criminal histories, reports, warnings” as well as information on the individual law enforcement assets who were investigating him – including where these officers lived and where their children went to school.

Sources within the department also tell us that records related to the case contained in a federal database may have been improperly accessed – and potentially modified.

It is not clear whether Evans paid any of the officers for the services they allegedly provided him (sexual or otherwise), but prior to the termination of the three employees earlier this month the office was abuzz with rumors of a “sex ring.”

Chesterfield county sheriff James Dixon fired the three employees and requested SLED investigate the case, however the recently elected law enforcement leader – who took office in January – is reporting facing scrutiny over his alleged proximity to one of the three deputies he terminated.

Specifically, Dixon has been accused of showing favoritism to this particular law enforcement officer in the past – although so far no one has suggested the sheriff knew anything about the alleged “sex ring” or reports that his deputies and staff were allegedly providing information to the subject of a federal narcotics and guns probe.

According to our sources, the U.S. Bureau of Alcohol, Tobacco, Firearms and Explosives (ATF) will have jurisdiction over at least some of the charges related to this case, however we are told S.C. fourth circuit solicitor Will Rogers is likely to refer the decision over whether to file any state charges to the office of S.C. attorney general Alan Wilson.

Stay tuned … we expect to have regular updates on this case in the coming weeks and months as its lurid, damning details begin to work their way into the public record.

The ‘Dukes Of Berkeley County’ Ride North … To Take On A School District?