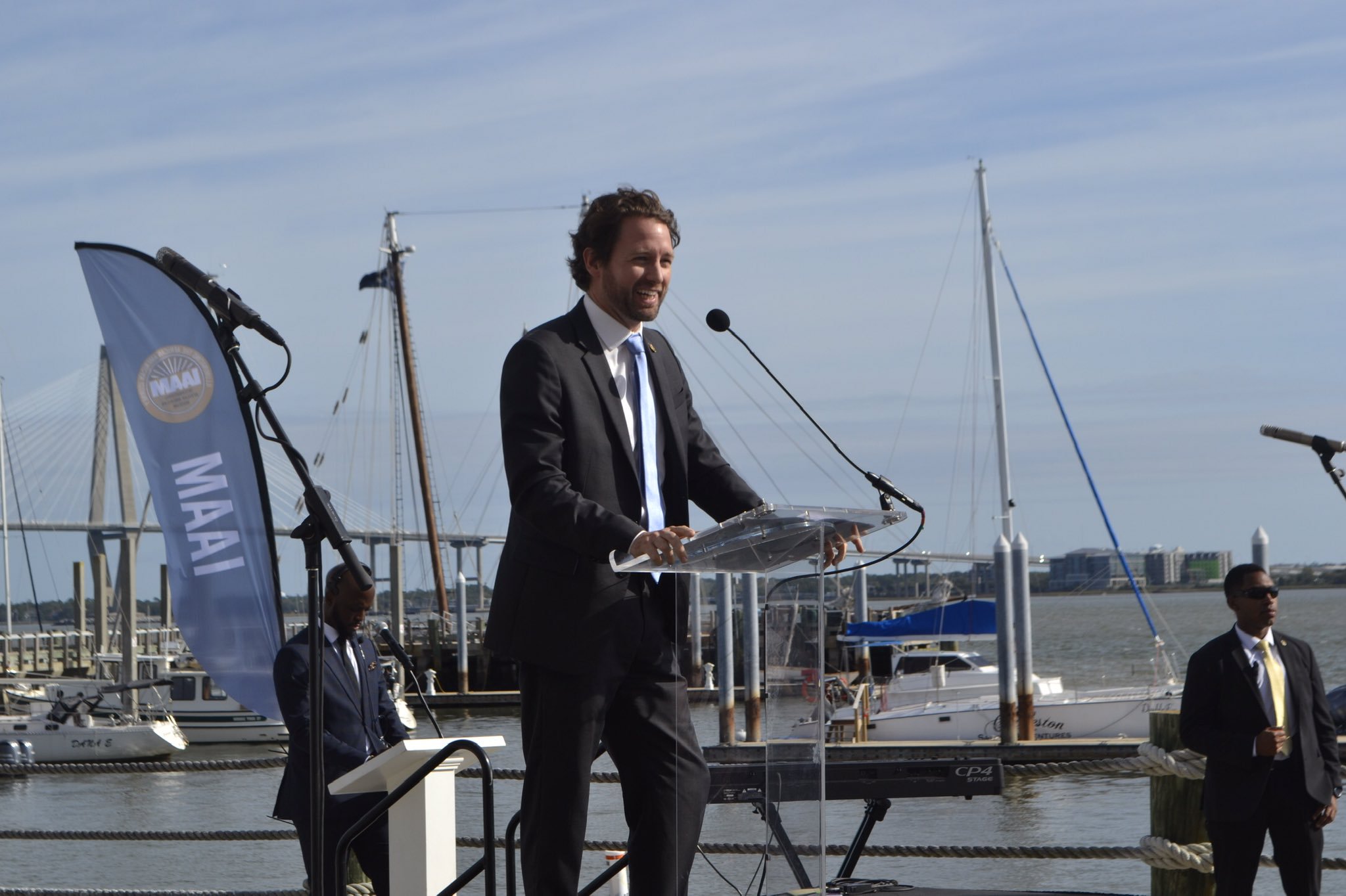 Across the South Carolina Lowcountry this week, pearls were clutched and teeth were clenched amongst the GOP faithful as the South Carolina first congressional district’s representative in the U.S. Congress – Democrat Joe Cunningham – joined a partisan vote to proceed with impeachment proceedings against U.S. president Donald Trump.

For weeks, the “ocean engineer” had numbered himself among the handful of Democrats yet to commit to supporting impeachment proceedings (a vote Republicans have been demanding the majority party take for weeks, ironically).

Ultimately, he backed the initiation of the inquiry – joining all but two members of the Democratic majority in the chamber (as well as its lone independent, Justin Amash).

To be clear: Cunningham did not vote to impeach Trump. Nor does “impeachment” itself remove Trump from office (Cunningham would have to be a member of the U.S. Senate to have a say on Trump’s removal from office or acquittal on the impeachment charges).

He simply voted to advance an inquiry in the U.S. House which could lead to articles of impeachment being approved against Trump – articles which would then be considered by the GOP-controlled Senate (where they face an uphill climb even with Mitt Romney and other establishment Republicans likely supporting them).

Not surprisingly, Cunningham’s vote was condemned by the Republicans who are campaigning to run against him in 2020. Nancy Mace – the frontrunner for the Republican nomination in the first district – blasted the Cunningham as a tool of liberal U.S. House speaker Nancy Pelosi.

“On the campaign trail, Joe Cunningham promised to prioritize ‘Lowcountry over Party,’ but when push comes to shove, he’s proven he’s unable to stand up to Nancy Pelosi,” Mace wrote in a fundraising email sent shortly after the vote on Thursday. “If we can’t trust Joe to keep his promises, how long will it be before he supports the rest of the radical left agenda?”

Let’s begin with the issue of impeachment itself: Do Democrats have case against Trump?

While this news outlet has been harshly critical of the GOP president for repeatedly betraying taxpayers, we believe the answer to that question (for now, anyway) is a resounding “no.” Despite some curious admissions coming out of his administration lately regarding the so-called “Ukrainian meddling” scandal, we have yet to see any evidence in support of the contention that the Trump administration orchestrated a quid pro quo to force the Ukrainian government to investigate Trump’s top 2020 rival, Joe Biden.

In fact, it appears as though the $400 million in military aid alleged to be at the heart of this quid pro quo was the least effective bargaining chip in diplomatic history. Not only did the Ukrainians have no idea the aid had been temporarily held up by Trump at the time he asked Ukrainian president Volodymyr Zelensky to investigate Biden, but the money was ultimately released to the central European nation without condition.

That stands in stark contrast to the ultimatum Biden himself delivered to the Ukrainian government in the aftermath of a U.S.-led coup d’état in 2014.

In the aftermath the coup, Biden’s son Hunter Biden received a board appointment and a huge payday from Burisma Holdings, a Ukrainian natural gas company that was facing global scrutiny (and an internal Ukrainian probe) for alleged money laundering operations.

Then vice president, Biden threatened to withhold a billion dollars worth of U.S. loan guarantees if the Ukrainian government did not remove its prosecutor general, Viktor Shokin – who at the time was investigating Burisma (and Hunter Biden’s payout). In fact, Biden gave the nation a six-hour ultimatum to comply with his demand – which it did.

Biden (above) has actually bragged about his role in getting Shokin fired.

As we have said from the very beginning of the impeachment drama, “Democrats better come up with a smoking gun against the president that eclipses the brazenness of Biden’s admitted behavior.”

Otherwise, this is hardly the sort of case upon which to hang one’s hat.

Having said that, the politics of impeachment is something else entirely – particularly in the increasingly left-leaning first congressional district. After carrying this longtime Republican stronghold by 13 percentage points in 2016, Trump is suddenly struggling in the South Carolina Lowcountry.

According to the survey (.pdf), published by Columbia, S.C.-based First Tuesday Strategies, 24 percent of first district Republicans “support a vote by the House of representatives to impeach president Donald Trump.” Of that total, 18.6 percent said they “strongly support” impeachment.

Keep in mind the survey asked about an actual vote to impeach Trump, not just the vote Cunningham cast to initiate impeachment proceedings.

Again, based on everything we have seen so far the impeachment case against Trump (above) is exceedingly weak … and the resolution Democrats approved this week to formally launch their inquiry against him was not only overtly partisan but has raised significant due process concerns.

But does any of that damage Cunningham politically? Or hurt his chances for reelection?

No … first and foremost because this isn’t the impeachment vote upon which Cunningham will ultimately be judged. That vote(s) will comes later. And even if Cunningham were to approve specific articles of impeachment against Trump, based on what they know now it would appear as though a healthy chunk of GOP voters in the first district would support him on that decision.

Obviously, the overwhelming majority of GOP primary voters in the first district – more than two thirds of the Republican electorate at last count – strongly oppose the impeachment of Trump.

But those voters were never going to support Cunningham under any circumstances – and GOP contenders like Mace who appeal to them too aggressively risk losing the moderate wing of the party in the 2020 general election.

Bottom line? We do not believe Cunningham has damaged himself at all with this vote …

Looking longer-term, impeachment remains a highly volatile and uncertain undertaking – which means the politicians attempting to navigate it are traversing shifting, unpredictable ground. So far, we believe Cunningham has navigated this shifting ground adeptly – positioning himself as a thoughtful statesman genuinely focused on making the right decision regarding the initiation of this inquiry.

Does Joe Cunningham's vote on authorizing an impeachment inquiry hurt his reelection chances?