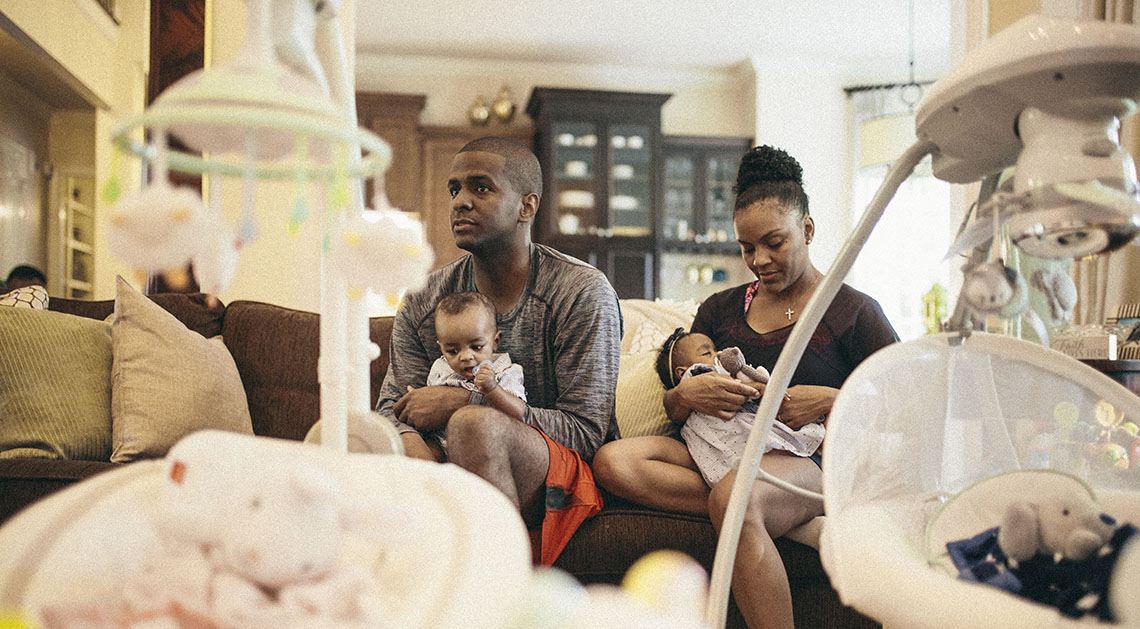 Former South Carolina state representative, attorney and CNN commentator Bakari Sellers is teaming up with the department of pediatrics at Duke University’s school of medicine to help children suffering from pediatric liver disease.

Sellers and his wife, Ellen Rucker Sellers, welcomed twins earlier this year – a boy and a girl. Last month, their daughter Sadie Ellen Sellers underwent a successful liver transplant at Duke after she had been diagnosed with a rare liver condition.

Now, the Sellers family wants to “make treatment more accessible to other children suffering from liver disease,” according to a news release announcing the establishment of the Sadie Ellen Sellers Fund.

Donations to the fund will go toward creating “an expendable or permanently endowed fund in support of the hospital’s pediatric hepatology and pediatric liver transplant departments,” the release continued. They plan to work with They plan to work with Dr. Alisha Mavis and her team “to ensure the money raised will have the largest impact on pediatric liver disease research and patient care at Duke Children’s Hospital.”

“First, we want to thank Duke University,” the Sellers said.  “We have been incredibly blessed by the wonderful staff at Duke Children’s and their excellent care of Sadie. They have become like family to us. This fund will help us give back to the hospital that gave us so much, as well as change the lives of many families and their children. We want to offer hope to other parents that their babies can receive the medical attention they need.”

Duke is billed as the premier children’s hospital in the southeast, “a major care site for children with liver disease.”

Sellers, 35, is the son of Palmetto State civil rights legend Cleveland Sellers – one of several black leaders who was wounded during the 1968 Orangeburg Massacre that took place on the campus of S.C. State University.

A native of Denmark, S.C., Sellers became the youngest black man ever elected to public office (anywhere in the nation) in 2006 at the age of 22. After eight years in the S.C. General Assembly, he ran unsuccessfully for lieutenant governor of South Carolina against Henry McMaster.

Sellers’ campaign served as the backdrop for “While I Breathe, I Hope,” a documentary about his experiences as a young, black politician in a state dominated by old-school, white Republicans.

That group recently announced that it was donating 1,300 new school desks to five of the most impoverished, underperforming school districts in South Carolina along with several dozen classroom supply grants for teachers in these districts.

This news outlet commended Sellers for his philanthropy on that issue, and we commend him for his work on this more personal front as well.

As we have often noted, whatever ideological disagreements we may have with Sellers we cannot help but be impressed by his character – and his desire to give back to those in need. Accordingly, it does not surprise us in the least to learn that he and his wife are using the traumatic experience they went through with their daughter to try and make a difference in the lives of others facing similar challenges.

We would encourage all of our readers to lend a hand to this organization. Donations are tax deductible and can be made by following this link: https://tinyurl.com/sadiesellers.

Is This The World’s Most Self-Important Email Signature?