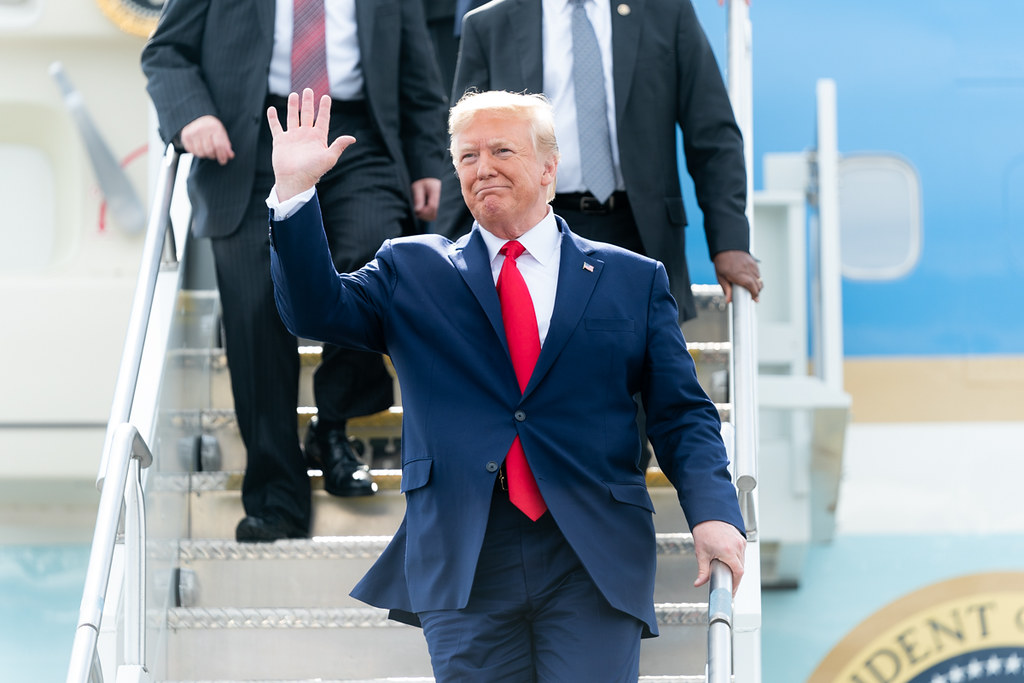 by RON PAUL ||  President Trump is reversing his foreign policy decisions so quickly these days that it almost seems like he overturns himself before making the decision in the first place. Last week he was very clear that the US was pulling its troops out of Syria. “Bringing soldiers home,” he said. “Let someone else fight over this long-bloodstained sand.”

But then he overturned himself later in the same speech. He said: “We’ve secured the oil and therefore a small number of US troops will remain in the area where they have the oil. And we’re going to be protecting it and we’ll be deciding what we’re going to do with it in the future.”

Where does President Trump think he gets the legal or moral authority to send US troops to illegally occupy foreign territory and determine what that foreign country can or cannot do with its resources? After eight years of Obama’s disastrous “Assad must go” policy, during which the US provided weapons and training to radicals and terrorists with a half million people killed as a result, President Trump had the opportunity to finally close that dark chapter of US foreign policy so the Syrian people could rebuild their country.

Instead he sat down on Thursday with Senator Lindsey Graham, who has been wrong in every foreign policy position he’s ever taken, and decided to follow Graham’s advice to take Syria’s oil. Even though Trump himself has said many times that ISIS is 100 percent defeated, he claims we must take Syria’s oil to keep it from ISIS.

The real reason the neocons want the US military to occupy Syria’s oil fields is they are still convinced they can overthrow Assad by carving out eastern Syria for the Kurds. They don’t want to keep the oil from ISIS, they want to keep it from the Syrian government. They don’t want the oil revenue to be used to help rebuild the country because they still want to make life more unbearable for the population through sanctions so they will overthrow Assad. They don’t care how many innocent civilians die.

So instead of bringing the troops home like he promised, President Trump has allowed himself to be convinced to actually expand the US presence in eastern Syria! Instead of ending a foolish mission, he’s giving them an even more foolish mission – and sending in more troops and weapons. Instead of removing the approximately 200 troops in that region as promised, Trump is going to add more troops to equal about a thousand. He’s also sending in tanks and other armored vehicles, according to the Pentagon.

If President Trump believes following neocon advice on Syria is going to produce results different than the past eight years of following neocon advice on Syria, he’s naïve or worse. This new mission is going to cost tens of millions of dollars per month and will only serve to inspire the next generation of radicals. Trump is right that the people of the region, including Russia, Iran, Syria, and Turkey have all the incentive to keep ISIS at bay. So why does he fold like a cheap suit every time the neocons strong-arm him into another dumb foreign policy position?

ISIS Leader Dead: This Is Interventionism We Support

Ron Paul: Washington Is Wrong About The Kurds