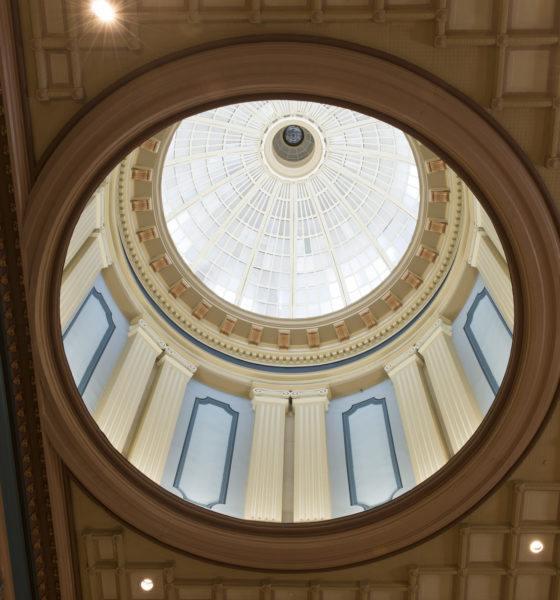 In Washington, D.C. and state capitals across America, the GOP is growing government mindlessly …

By now it should be readily apparent to anyone with functioning eyeballs that the Republican party does not support limited government. The GOP is – as we have referred to it repeatedly over the last decade – the “other party of big government.”

We see this most clearly at the federal level – including policies advanced by the administration of U.S. president Donald Trump. But we also see it at the state level, including policies advanced in “bright red” states like South Carolina. Republican leaders have presided over obscene government growth over the last quarter century – only to see positive outcomes deteriorate.

And what have taxpayers gotten out of the deal?

This week, FiveThirtyEight contributor Matt Grossmann published an oped based loosely on his book “Red State Blues: How the Conservative Revolution Stalled in the States.” As its title suggests, the book explores the extent to which the GOP has failed to live up to its so-called “fiscal values” once in office.

“States controlled by Republicans haven’t shifted the size of government as much as one might have expected,” Grossmann wrote. “In reviewing the programs that were (and were not) implemented, I found that policy either continued to move to the left or it stabilized, rather than moving in a more conservative direction.”

There were some shifts in spending during this time period, but those often had more to do with economic conditions than with the party that controlled the state government. I also found that most state spending was focused on what are largely thought of as Democratic priorities — health care, education, and social services. And that paying for those services often meant higher taxes and fees, too. State spending has also risen as a share of state economic activity, though more slowly, and state workforces grew steadily until the 2000s.

“This, of course, does not sound like what Republican governors and legislators typically promise on the campaign trail,” Grossmann added, concluding that “Republicans’ increased political power did not reverse either the size or scope of state government through the 1990s and 2000s.”

Indeed it did not … which is one of the fundamental disconnects this news outlet has been working to expose in South Carolina ever since it came into existence a dozen years ago.

As we have often pointed out, Republicans in the Palmetto State have grown government “faster than Democrats dared to dream,” although they have done so by leveraging a “governing majority” comprised of Democrats and fiscally liberal Republicans. This is the coalition that jacked the state’s gas tax in 2017 – and which has increased spending by more than $1 billion per year for the last seven budget cycles (with nothing to show for it but more expensive dysfunction and dilapidation).

This news outlet has also focused on the extent to which the Palmetto State is being squeezed by its neighboring states, North Carolina and Georgia, both of which are more aggressively protecting taxpayers.

The GOP has reigned supreme over South Carolina’s state government for years. Republicans took control of the S.C. House of Representatives in 1994 – with three successive fiscal liberals leading that chamber. In 2001, the late senator Verne Smith of Greenville switched parties from Democrat to Republican – giving the GOP control of the S.C. Senate. That chamber continues to be led by a liberal “former” Democrat, Hugh Leatherman (above). Since the election of former governor Mark Sanford in 2002, Republicans have held the governor’s office, too – although Sanford’s successors Nikki Haley and Henry McMaster have not lifted a finger to slow rampant legislative spending (see here and here).

Against this backdrop, GOP candidates at all levels of government continue to pledge allegiance to a platform of “limited government” – which holds “that the people, not the government, are the best stewards of our country’s God-given natural resources.”

Recording: Bruce Bannister Tried To Broker $100,000 Offer For Will Lewis To Resign