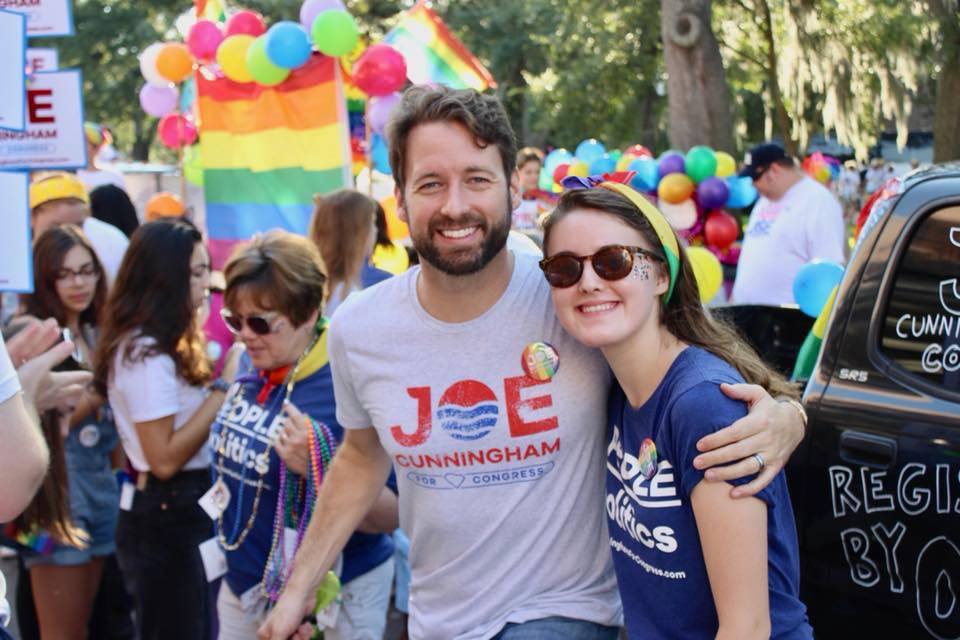 One of the largest and most influential conservative advocacy groups in America is turning heads in South Carolina by touting the record of a vulnerable, first-term Democratic congressman. Not only that, the group is feeding a narrative that could guarantee his reelection.

That’s right. The front side of the mailing blistered a recent budget deal passed by the U.S. congress (and signed into law by president Donald Trump) – referring to it as pushing our nation “closer to crisis.”

The flip side of the mail piece praised Cunningham – who narrowly captured the Palmetto State’s staunchly GOP first congressional district last fall – for voting against the budget deal and for “fighting for fiscal responsibility.”

When was the last time you heard a Democrat receive praise for doing that?

“Joe Cunningham stood up for South Carolina and said no deal – Washington needs to do better!” it stated, urging first district residents to call Cunningham’s office and thank him “for standing strong against out-of-control spending.”

The Americans for Prosperity mailing is yet another political coup for Cunningham, who is relying on his ostensible “independent streak” to reelect him in a district Trump carried by nearly thirteen points in 2016. The “ocean engineer” also recently benefited from the appearance of GOP governor Henry McMaster at a press conference touting the former’s efforts against offshore drilling.

And he continues to benefit from the ineptitude of national Republicans – who cannot seem to gain traction in a district that is supposed to be their top national target in the 2020 election cycle.

Lowcountry Republicans were furious over the Americans for Prosperity mailing, which they view as the latest in a growing list of betrayals related to this district.

We will obviously keep a close eye on this emerging trend … which is positioning Cunningham exceedingly well for a reelection victory next November.

Frankly, we believed Cunningham’s “Lowcountry over Party” shtick would end up being about as convincing as his demonstrably false “ocean engineer” claims. Of course, that was before Republican politicians and conservative advocacy groups decided to lend it legitimacy …

Now? Cunningham is cooking with gas …