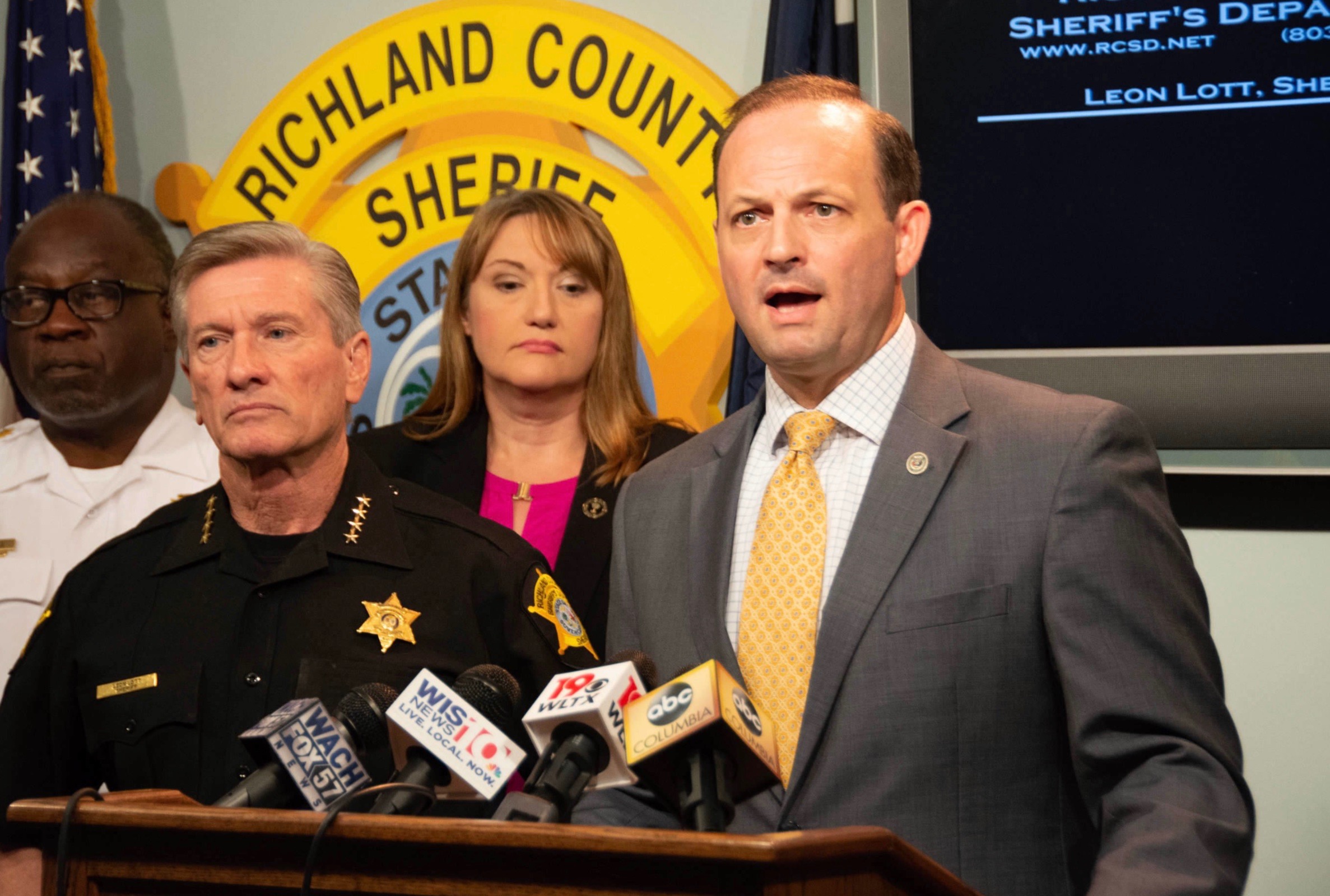 South Carolina attorney general Alan Wilson stepped up his campaign against opioids this week – announcing a lawsuit against three major distributors who are allegedly “fueling the epidemic” of opioid addiction in the Palmetto State.

Wilson’s office – which previously sued the Purdue Frederick Company – alleged on Thursday that three additional distributors (Cardinal, McKesson and AmerisourceBergen) were being sued for alleged violations of state trade law and creating “a public nuisance” with their business practices.

“This lawsuit seeks to hold these companies responsible for their part in the opioid crisis,” Wilson said in a statement. “These distributors flooded the state with dangerously addictive drugs, devastating families across South Carolina.”

Specifically, Wilson claimed these three companies failed “to report and stop suspicious shipments of opioids into South Carolina,” which “resulted in tragic consequences to our communities.”

What sort of consequences?

According to Wilson’s office, between 2014 and 2018 the number of fatal drug overdoses involving opioids has increased by 62 percent – from 504 to 816. As a result, heroin and prescription opioid deaths have outnumbered homicides in the state for three years in a row.

Meanwhile, from 2013 to 2018, the state has seen a 110 percent increase in naloxone (a.k.a. narcan) administrations by emergency medical personnel in response to opioid overdoses.

Wilson’s lawsuit claims these three distributors contributed to these problems by shipping “suspicious orders and (reporting) them to law enforcement only after the fact” and failing “to conduct any meaningful review of new customers or potentially suspicious orders.”

Systems for “monitoring, reporting and rejecting suspicious orders” were described as “woefully inadequate,” relying on “inflated thresholds, or order limits” which were “routinely adjusted or ignored.”

This news outlet has covered the opioid debate extensively in recent years as overdoses in the Palmetto State have escalated. Our founding editor Will Folks has also addressed it quite personally.

Our view on this latest news? We support Wilson’s efforts to hold these companies accountable for their roles in the worsening epidemic.

Similarly, we support efforts to hold physicians responsible when they fail to act in the best interests of their patients. As we have often noted, why should one group of addiction peddlers be fined and incarcerated while another is honored and financially rewarded?

Bigger picture, while this news outlet will continue to advance its libertarian views on the question of recreational drug use – we believe there is a special place in hell for those who profit from the entrapment, addiction and eventual destruction of their fellow human beings.

Certainly we cannot dismiss personal responsibility (the addict always deserves his or her share of the blame), but in apportioning culpability the sheer power of these chemicals compels us to consider how quickly one can become powerless against them.

Accordingly, those who dole them out recklessly deserve what they get …