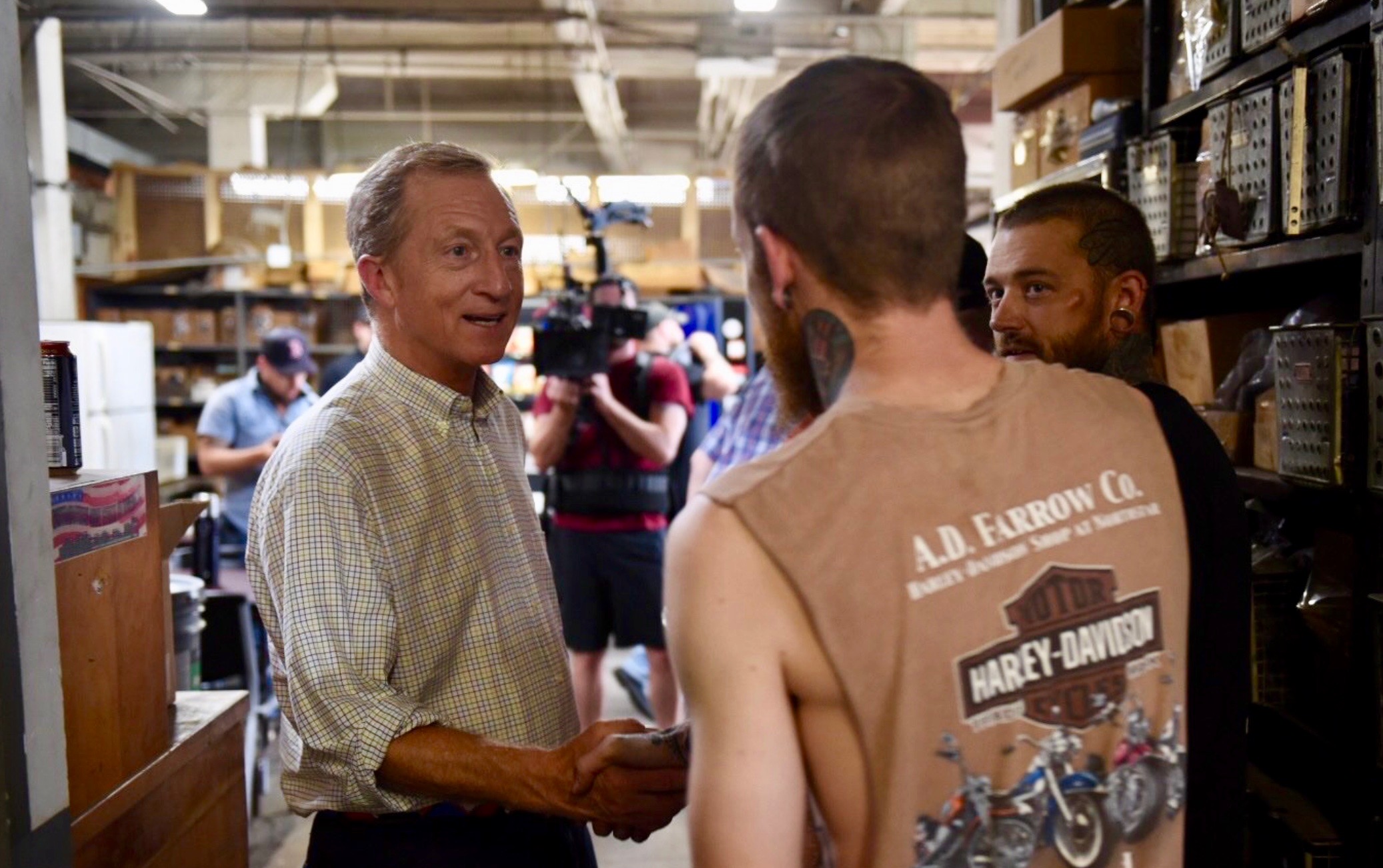 U.S. president Donald Trump has one thing going for him as his reelection bid takes shape … the relative health of the American economy.

Or at least he has that going for him for the moment.

Things could change in a heartbeat, although one Democratic presidential candidate isn’t waiting to take the fight to Trump when it comes to his signature issue.

Liberal billionaire Tom Steyer – who earlier this month became a late entry into the sprawling field for the 2020 Democratic presidential nomination – is running a new television ad bashing Trump as a “fraud” and a “failed businessman.”

“Donald Trump failed as a businessman,” Steyer says in his ad. “He borrowed billions, and left a trail of bankruptcy and broken promises. He hasn’t changed.”

After touting his own success in business, Steyer says he is running for president “because unlike other candidates, I can go head to head with Donald Trump on the economy and expose him for what he is – a fraud and a failure.”

Steyer is running his ad on Fox News as part of an effort to “(take) the fight directly to Trump,” according to a statement from his campaign manager Heather Hargreaves.

In fact, he is running the spot in the Washington, D.C. market during Fox and Friends and Hannity, two shows Trump is known to watch religiously.

Talk about getting in the man’s face …

Prior to announcing his candidacy, Steyer ran the liberal advocacy group NextGen America and was a prominent supporter of impeaching Trump via another one of his left-wing groups, Need to Impeach. He originally said he was not seeking the presidency, but then reconsidered and announced his bid three weeks ago.

In assessing Steyer’s chances, this news outlet noted that his vast personal wealth “will enable him to build name identification via paid television, radio, online, print ads and mail pieces.” We also pointed out that his involvement with two leading liberal advocacy groups gives his campaign a huge head start on building the sort of grassroots organization necessary to compete in a presidential race (especially a crowded one like this).

“If he antes up, Steyer has the potential to be a significant player in this race,” we noted at the time.

As of this writing, Steyer remains in the low single-digits in polls taken in early-voting primary states (including South Carolina). If he is able to successfully drive an economic message against Trump, though, look for his support to climb.