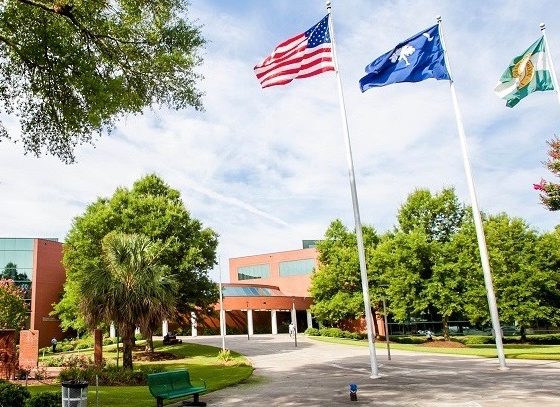 When we last checked in on local government in Richland County, South Carolina, its “leaders” were looking for some public relations help.

Council members – who already oversee a six-person, taxpayer-funded public information office – were preparing to blow another $50,000 annually on “media coaches.”

Now we may know why …

Last week, reporters John Monk and Bristow Marchant of The (Columbia, S.C.) State newspaper filed a report detailing a request for an investigation into “the conduct of current and past council members” as well as former county administrator Gerald Seals.

Our readers will recall Seals challenged the conduct of former county councilman Norman Jackson, who was accused of graft related to a local park as well as “bullying” in support of his alleged self-dealing.

Seals was fired from his post as county administrator in April 2018. Meanwhile, Jackson was defeated in a Democratic primary election in June 2018 by councilwoman Chakisse Newton.

Now, the allegations raised by Seals – along with a controversial payout made to Seals following his termination – are the focus of a new investigation request.

Hired in December 2016, Seals battled with county council members over the proceeds of a controversial “penny tax” – a $1.2 billion levy that was approved via a rigged election in 2012. The proceeds of this tax hike have been subject to severe misappropriation and mismanagement – and the county has been forced to borrow tens of millions of dollars to cover cost overruns related to its politically motivated projects.

This news outlet has been steadfast in its criticism of the rigged election and the shamelessly political favor-trading that followed its “passage.”

“This is nothing short of criminal negligence, people … but instead of there being any accountability, the politicians responsible for this debacle continue passing the price of their corruption/ incompetence on to taxpayers,” we wrote in December 2017.

According to previous reporting by Sarah Ellis of The State, “multiple council members told The State the settlement was being paid to protect the county and individual council members from potential lawsuits Seals could bring.”

Indeed, Seals said in a deposition earlier this month related to this lawsuit that he “would have used names” in exposing misdeeds allegedly perpetrated by certain council members.

What sort of misdeeds? Marchant of The State has previously reported on a letter sent from Seals to council members shortly after his termination detailing specific “irregularities” as well as “problematic and unethical behavior” on the part of certain council members.

Seals’ letter focused on misappropriations related to the penny tax, but it also delved into the allegations against former councilman Jackson.

This week, our news outlet obtained an August 2017 email sent from Seals to council members (and staff) detailing a host of other alleged financial abuses. Seals’ email references the preliminary findings of a “forensic review” initiated in May of 2017 – five months after he was hired.

The allegations contained in the email are seismic. Or in Seals’ own words, “disturbing, unsettling and alarming.”

Referencing the resignation of former Richland County chief financial officer Daniel Driggers, Seals called it “atypical” – adding it was “subsequent to (an) administrative inquiry into the status of the county’s budget, financial house, fund structure and financial status.”

He also hints at a possible theft of taxpayer data …

“Immediately upon his resignation, (Driggers) directed finance department staff to engage in the retrieval of confidential financial data, and began a ‘data sweep’ of his assigned laptop and cell phone,” Seals wrote.

Driggers then allegedly set up an “in-house satellite” office “for no apparent business reason.”

This, according to Seals, led to the massive deficit … and the ensuing borrowing.

Additionally, Seals’ email claimed that the county’s system of accounting for bond closing costs was improperly configured – and that its failure to properly budget for these costs “appears to be intentional.” He further alleged certain bond closing costs were distributed via a “direct wire method,” which had the effect of “camouflaging” the amounts paid to each respective party.

Seals also accused Driggers of lying to county staff about a contractual agreement between the county and a former financial advisor, improperly “masking” the garnishment of wages (resulting in huge accounting discrepancies) and directing “non-standard transfers of bond proceeds.”

According to Seals, Richland County’s capital project fund was “a potential vehicle for hiding malfeasance.”

“The revenues, budgets and expenditures for the capital projects are irreconcilable,” Seals wrote. “This financial ‘chaos’ has been occurring for the past decade and a half.”

Seals went on to allege “concerns regarding malfeasance” involving six construction contractors as well as the alleged “manipulation” of county vendor records – which he claimed were “indicative of corruption and billing schemes often utilized in similar situations to perpetrate fraud.”

Seals also accused Driggers of failing to submit “basic and routine reports to the IRS” and of “willfully disregard(ing) multiple IRS notices for compliance over almost a year and a half.”

“Following Driggers’ resignation, Richland County council called an impromptu closed-door meeting on April 13, shutting out media and the public,” an April 2017 report from David Travis Bland noted. “They convened in secret for nearly two hours, with Seals sitting in.”

“Unbelievable,” one longtime critic of the county’s dubious spending told us. “Or rather completely believable, I guess.”

We believe it is abundantly clear that we are looking at credible allegations of serious wrongdoing involving current and former Richland County council members (and staff). Furthermore, it appears to us that efforts have been undertaken to conceal various misdeeds – potentially including the $1 million payout to Seals.

A thorough investigation by state and federal officials is obviously warranted in this situation … and we hope such an investigation begins posthaste.