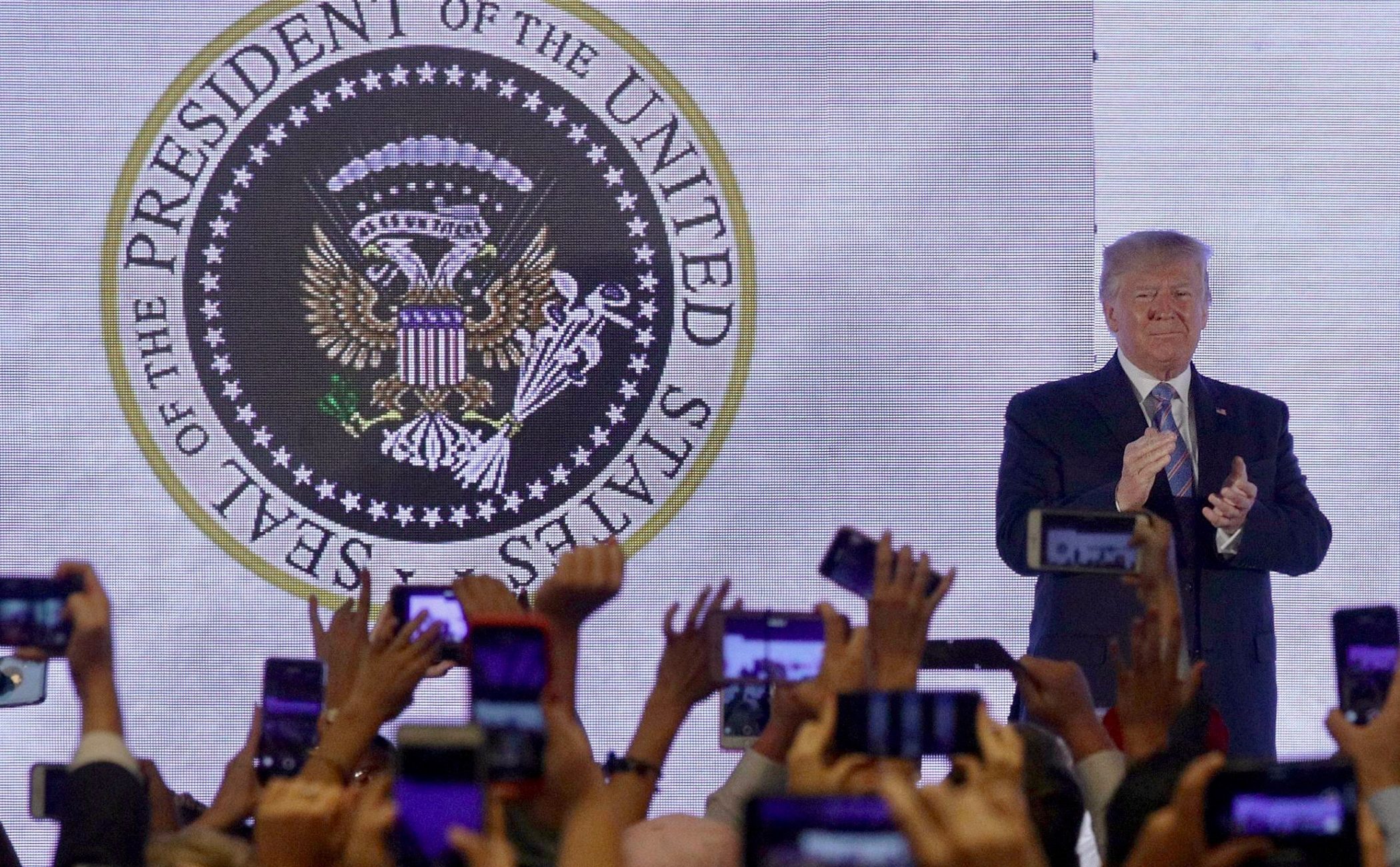 There is a crazy story coming out of our nation’s capital involving U.S. president Donald Trump, who dodged a major bullet this week when former U.S. special counsel Robert Mueller utterly bombed in a hearing that was supposed to have served as Democrats’ prelude to impeachment.

“If Democrats want to get rid of (Trump), they’re going to have to do it at the ballot box in November 2020,” noted Robert Romano for The Daily Torch. “There is not going to be any impeachment now.”

We agree … but Trump was humiliated in Washington, D.C. this week.

In a bizarre and yet-to-be-explained turn of events, a prominent conservative organization – Turning Point USA – embarrassed Trump during his appearance at the group’s “Teen Student Action Summit.”

According to reporters Reis Thebault and Michael Brice-Saddler of The Washington Post, Trump’s appearance was marred by the presence of a fake presidential seal on a digital display behind him – one that mocked him as a “puppet” of the Russian government.

The graphic artist who created the fake seal “substituted the arrows in the eagle’s claw for a set of golf clubs – a nod to the president’s favorite pastime,” Thebault and Brice-Saddler noted.

“In the other set of talons, he swapped the olive branch for a wad of cash and replaced the United States’ Latin motto with a Spanish insult,” they added. “Then, his coup de grace: a two-headed imperial bird lifted straight from the Russian coat of arms, an homage to the president’s checkered history with the adversarial country.”

The fact someone made this seal is sufficiently funny in its own right. The fact Trump appeared at an event – beaming and clapping while standing in front of it?

Adding a layer of intrigue? The group’s botched response to the scandal.

A spokesperson for Turning Point USA – a youth outreach group which claims to be “Winning America’s Culture War” – blamed the issue on a “last-minute oversight” and a “hasty Google search.”

The designer of the seal, 46-year-old Charles Leazott of Richmond, Virginia, called bull on that explanation.

“That’s a load of crap,” he told the Post. “You have to look for this. There’s no way this was an accident is all I’m saying.”

According to Leazott, the individual who found the seal online had to dig for it … meaning its on-screen placement during Trump’s appearance was deliberately malicious (contrary to Turning Point USA’s claims to the contrary).

While we find this entire episode amusing, our guess is Trump does not.

Of course Trump is likely more disappointed by the failure of groups like this to make a dent in his abysmal standing with millennial voters – who are going to comprise a huge chunk of the 2020 electorate.