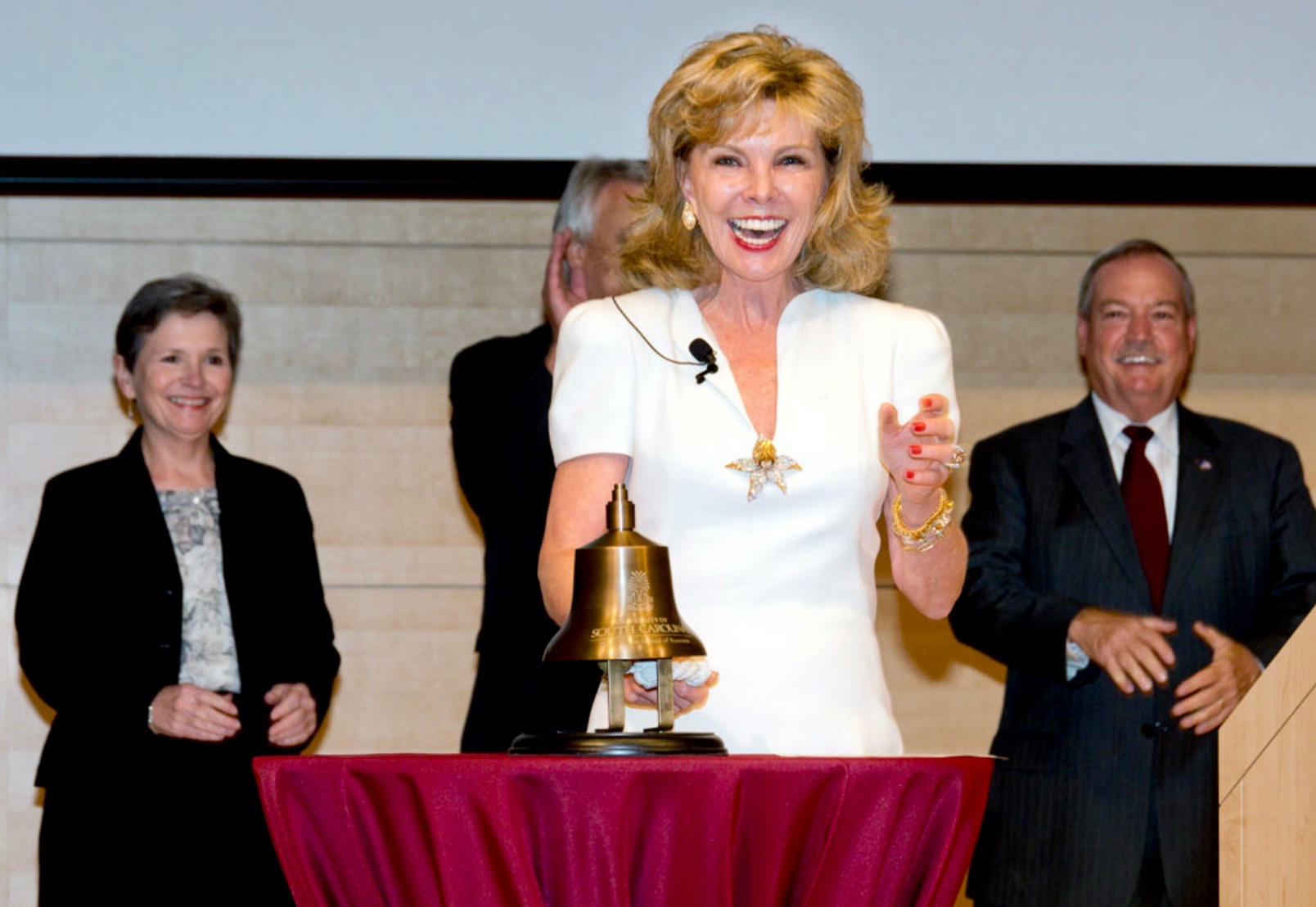 Liberal billionaire financier Darla Moore has weighed in at the eleventh hour on the four-alarm dumpster fire currently consuming the University of South Carolina as it struggles to find a replacement for outgoing president Harris Pastides.

In a blunt email to the chairman of the school’s bitterly divided board of trustees, Columbia, S.C. attorney John von Lehe, Moore blasted the “rank political influence” of the current selection process at the school – which features old school Republican governor Henry McMaster attempting to install his favored candidate against the wishes of increasingly left-leaning faculty, staff and students.

Not surprisingly, the move has been a big political win for McMaster in bright red South Carolina – a state where he was struggling to establish his conservative credentials.

We suspect the high-profile fight will continue to pay political dividends for the governor, too, whether his chosen candidate – retired U.S. Army general Robert L. Caslen – prevails when the board gathers on Friday, July 19 to consider his nomination.

“The process should be started over to find a qualified candidate without the current controversy,” Moore wrote. “To do otherwise is to do irremediable damage to the university.”

Invoking her status as “the largest donor to the university and the namesake of one of the largest national schools with a broad national reputation,” Moore urged von Lehe and his fellow board members to reject McMaster’s political influence over the process – which many believe is being exercised at the behest of U.S. president Donald Trump.

Trump is a big supporter of Caslen’s, and McMaster owes the president big time after the former pulled the latter’s chestnuts out of the fire during the 2018 GOP gubernatorial primary – a race McMaster nearly lost to conservative Upstate businessman John Warren.

Calling it a “final appeal,” Moore said the school “is an institution of higher learning and the surest way to extinguish its integrity is to politicize it.”

That much appears to be true … although some prominent donors, including influential trustee Eddie Floyd of Florence, S.C., have backed McMaster’s play.

Here is the email …

The South Carolina board already declined to select Caslen for this post back in the spring, reopening its search process after the 65-year-old Connecticut native drew protests from faculty, staff and students.

McMaster mounted a surprise summer offensive in his support, however, and until recently appeared to have the votes to push his nomination through.

Does he still have the votes? We will find out soon …

This news outlet has not weighed in on Caslen’s nomination, believing our steadfast support for the immediate and complete privatization of higher education in the Palmetto State (and beyond) precludes us from picking sides in a partisan/ ideological battle over the leadership of the campus.

If we reject the premise that government has a role in higher education – and this debacle is proof positive it should have absolutely no role – then it would be hypocritical of us to argue on behalf of one partisan ideologue over another.

One thing is clear, though: The current model of higher education is unsustainable.

“Nowhere is South Carolina’s ‘we do less with more‘ approach to governance better exemplified than on the campuses of state-supported institutions of higher learning,” we noted earlier this month. “From 1987 to 2015, higher education costs in South Carolina climbed by an astronomical 761 percent – according to data from the Commission on Higher Education (SCCHE).”

Higher ed debt is also soaring. According to documents obtained from the SCCHE, total debt incurred by four-year institutions in South Carolina has soared by an astounding 93 percent over the past decade – to a whopping $2 billion. That equates to roughly $17,583 per student, according to the oversight agency.

Enough is enough: Set these institutions free to pursue their destinies in the private sector and let the free market determine the outcome of such squabbles.