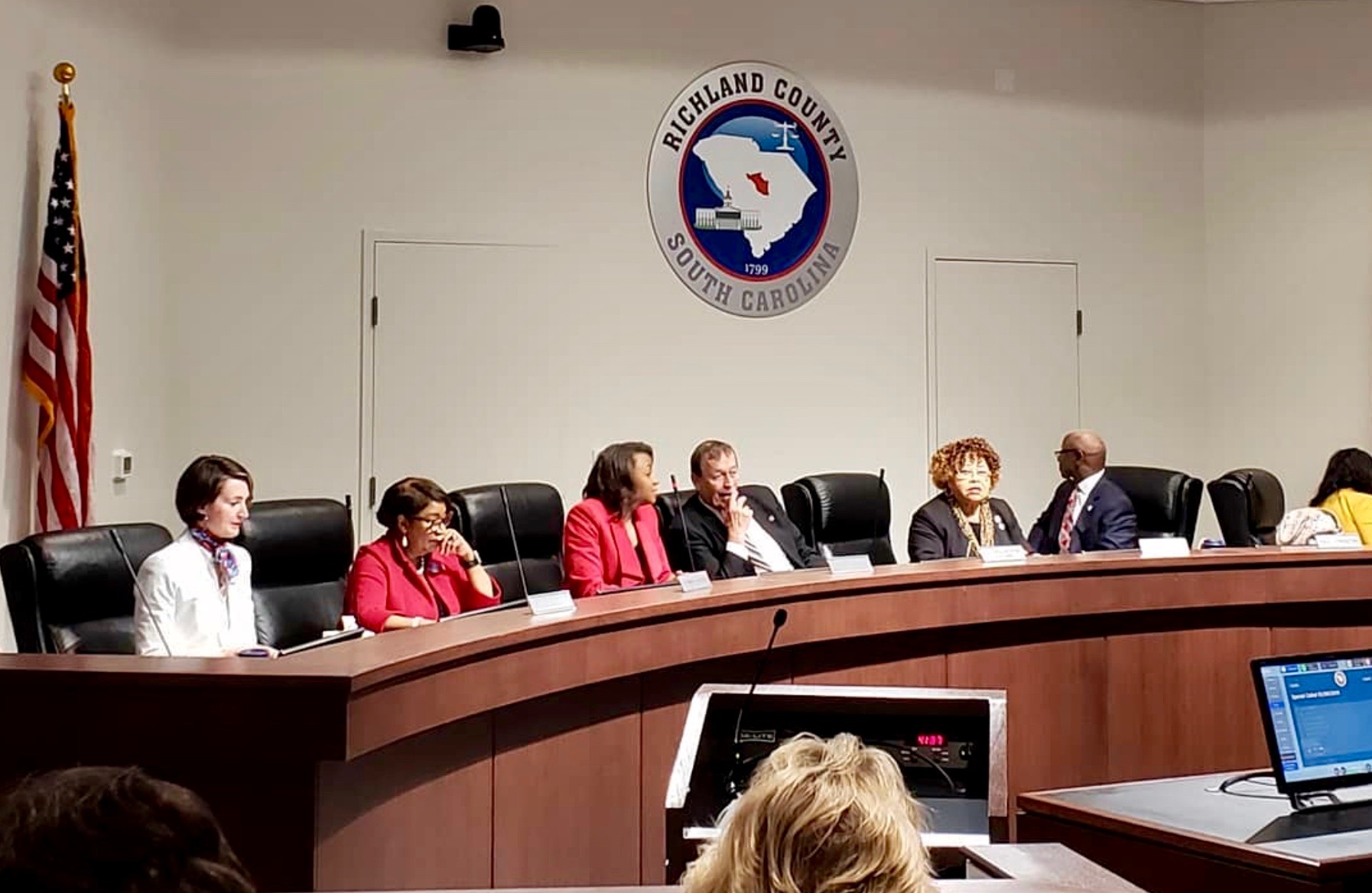 That’s right … a local government that already employs half a dozen communications staffers is now going to pay upwards of $50,000 a year to a private firm to act as a “media coach” for its elected leaders.

Needless to say this expense – like most of the county’s taxpayer-funded press office – is totally superfluous.

News of the vote – reported exclusively by Bristow Marchant of The (Columbia, S.C.) State newspaper – has rightfully sparked outrage.

“Richland County doesn’t have a public relations problem,” S.C. senator Dick Harpootlian wrote in a letter to council leaders. “It has a good governance problem.”

A former county councilman, Harpootlian has been a populist wrecking ball since he was elected to the Senate last fall – a blunt instrument taking aim at corrupt, self-serving establishments at all levels of government. Most notably, Harpootlian fought tooth and nail against a crony capitalist handout for the billionaire owner of the National Football League (NFL)’s Carolina Panthers.

Harpootlian lost that battle, but his advocacy helped reshape the debate over these inherently unfair taxpayer-funded giveaways – exposing the extent to which politicians lie about their economic benefit (and their price tags).

Now Harpootlian is giving Richland County leaders – several of whom he supported in recent elections – an earful about their tone deafness.

“The dysfunction on council has been a long-running and well-documented problem,” Harpootlian continued in his letter. “The bad press and public disapproval that has followed council has been rightly earned.”

Harpootlian went on to call the $50,000 public relations proposal a “wasteful and self-serving expenditure.”

“(The) idea that this is a prudent or necessary use of public resources is absurd,” he added.

The fact such an expense would be approved by this liberal governing board did not surprise us, however we were surprised (and disappointed) to see a trio of newly elected board members join in support of the motion.

Allison Terracio, Joe Walker III and Chakisse Newton should be embarrassed for joining their status quo colleagues in backing this appropriation.

Walker, in particular, campaigned for his seat on a platform of fiscal discipline, slamming the council for its “frivolous and wasteful spending of our tax dollars,” according to a report in The (Columbia, S.C.) Free Times.

How exactly does he square that rhetoric with his support for this measure?

The bottom line here is simple: If Richland County politicians need help “informing the media and general public” about their exploits, they can pay for that assistance out of their own campaign funds.

Taxpayers are already shelling out more than enough money on county propaganda. Adding $50,000 to the tab is not only wrong … it has already proven to be an unwise investment.

Powerful SCDOT Commissioner Took Bribes – But Never Acted On Them?