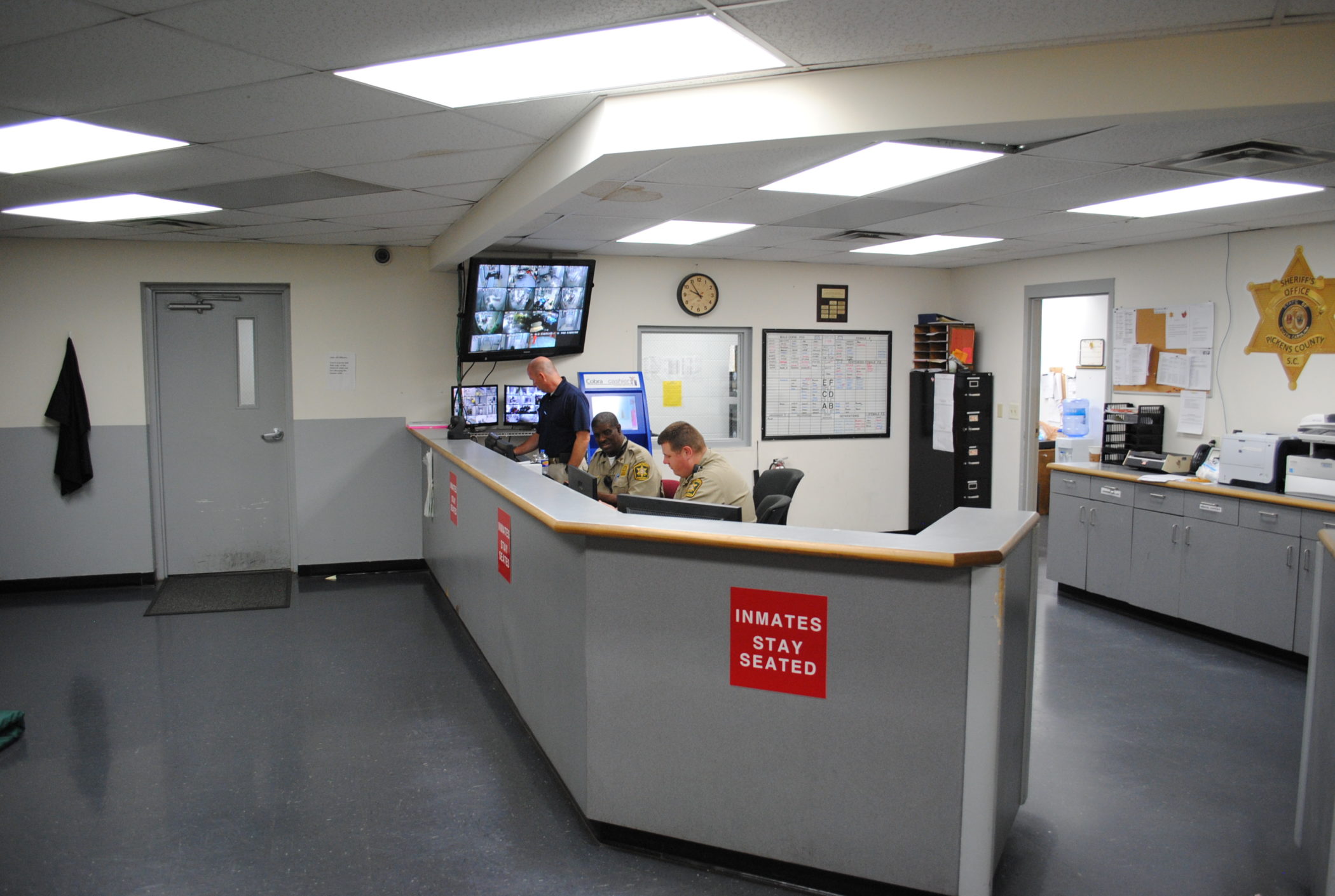 An arrest has been made following a Sunday bombing – and Tuesday bomb scare – in Pickens County, South Carolina.

Michael Seabrooke, 34, of Cayce, S.C. has been detained in connection with the incidents and is being held at the Pickens County detention center. Seabrooke has yet to be formally charged with a crime in relation to either incident, although we are told agents with the U.S. Bureau of Alcohol, Tobacco, Firearms and Explosives (ATF) will be taking custody of him soon.

Seabrooke is reportedly cooperating with local, state and federal law enforcement agencies as they investigate these two incidents.

Charges against Seabrooke (above) are likely to be filed at the federal level, with his case likely being handled by the office of U.S. attorney Sherri Lydon.

How did all of this start? At approximately 11:15 p.m. EDT on Sunday, July 7, 2019 a pair of homemade pipe bombs detonated outside of the Pickens County, S.C. court house in Pickens, S.C.

These two homemade bombs were “intentionally placed” on the side of the court building, according to the Pickens, S.C. police department.

“Both devices appear to have detonated causing damage to the glass windows on the lower level of the building near the location where the devices were believed to be placed,” a statement from the agency noted.

The court house was closed and unoccupied at the time the bombs went off, and no one was harmed as a result of the detonations.

On Tuesday, the Pickens County office of the S.C. Department of Social Services (SCDSS) was evacuated in response to a threat involving homemade incendiary devices.

Local and federal law enforcement officers responding to the facility found two “suspicious packages” on its roof. No detonations occurred at the SCDSS office and no one was harmed there, either.

According to our law enforcement sources, Seabrook provided them with information related to the devices discovered at the SCDSS building – which he reportedly acknowledged placing there.

Seabrooke has been arrested on several occasions in the past. In 2007, 2009, 2011 and 2015 he was picked up on family court bench warrants, and two years ago he was arrested for simple possession of marijuana.

As of February 2019, he was reportedly on probation in connection with an “aggravated breach of peace” incident. There is also a first degree criminal sexual conduct charge pending against Seabrooke in Fairfield County, S.C.