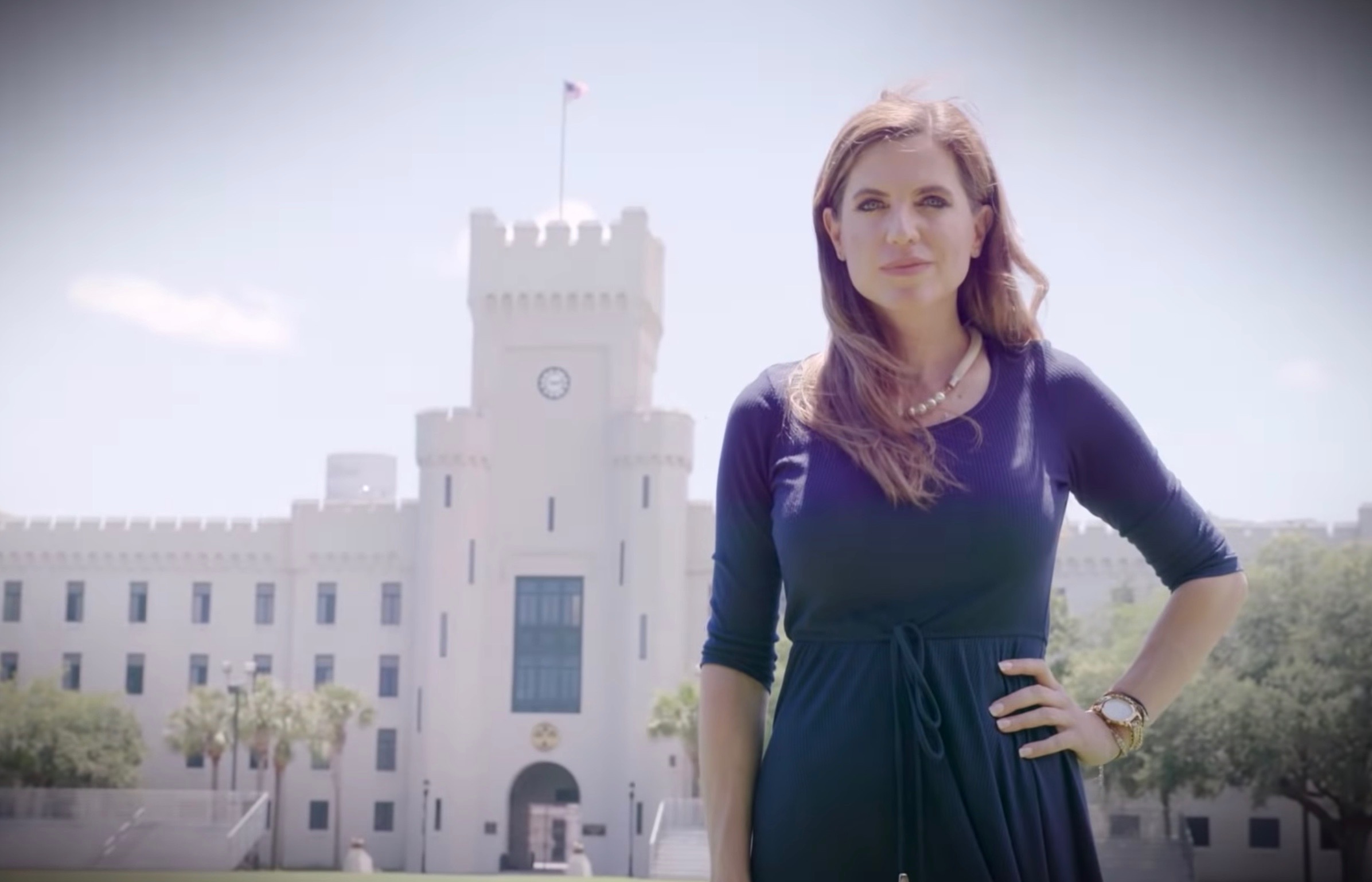 Less than a week into her bid to represent Lowcountry voters in our nation’s capital, Mace is once again referencing the leftist lightning rod … generating all sorts of reactions from her would-be constituents in the process.

On Monday, Mace posted a photographic meme to her Facebook page depicting Ocasio-Cortez standing alongside a fence – becoming emotional as she bends over next to a sign that reads “AMERICA WILL NEVER BE A SOCIALIST COUNTRY.”

“This would be funny if it weren’t so true,” Mace wrote. “Is this really the direction national democrats want to take the country? If we continue this shift to the far left, I’m worried the next generation – both my children and yours – will lose the America we know and love. Are you with me?”

We agree with Mace that the progressive movement in America is shedding its tenuous connection to common sense as it veers further into unsustainable spending, perpetual dependency, open borders and pseudo-socialism. However, the image Mace chose to make this important point has been doctored worse than the iconic photograph of Lee Harvey Oswald allegedly holding the 6.5mm Carcano rifle the government claims was used to assassinate U.S. president John F. Kennedy.

Just look at the shadows … or lack thereof.

The real image was taken by author/ photographer Ivan Pierre Aguire over a year ago when Ocasio-Cortez visited a tent city for illegal immigrants in Tornillo, Texas. At the time she was “just a fairly unknown House candidate,” according to Aguire.

Here is the original image …

Many responded to Mace’s post with affirmations of support.

“(The) Democratic party has chosen a path that will see the demise of our democracy and freedom,” one noted.

Another lamented that Democrats were “definitely well on the way to turning our great nation into a third world socialist country.”

Many others were deeply offended, however …

“As someone who takes care of children I’m horrified that someone would use this image as a joke (especially someone who wants to represent us as a politician),” one commenter wrote. “This is not a joke. These are children. This is beyond tone deaf. I challenge you to go tour a facility.”

Others slammed Mace for her use of a doctored image, claiming she was “contributing to a culture of propaganda and misinformation.”

Mace (above) is widely regarded as the frontrunner for the nomination, although Landing has vowed to run a financially competitive race – and could benefit from an ongoing feud between Mace and former South Carolina governor/ United Nations ambassador Nikki Haley.

A second-term state lawmaker from Daniel Island, S.C., Mace has made quite a markduring her brief tenure in the S.C. House of Representatives – which will end next year regardless of the outcome of the congressional race (candidates cannot seek these two offices simultaneously).

In addition to her ongoing advocacy against offshore drilling, the 41-year-old earned plaudits for her work in getting rape and incest exceptions included into an anti-abortion bill that cleared the S.C. House earlier this year.

Both issues have propelled Mace onto the national stage … but they have also opened the floodgates of opposition against her.