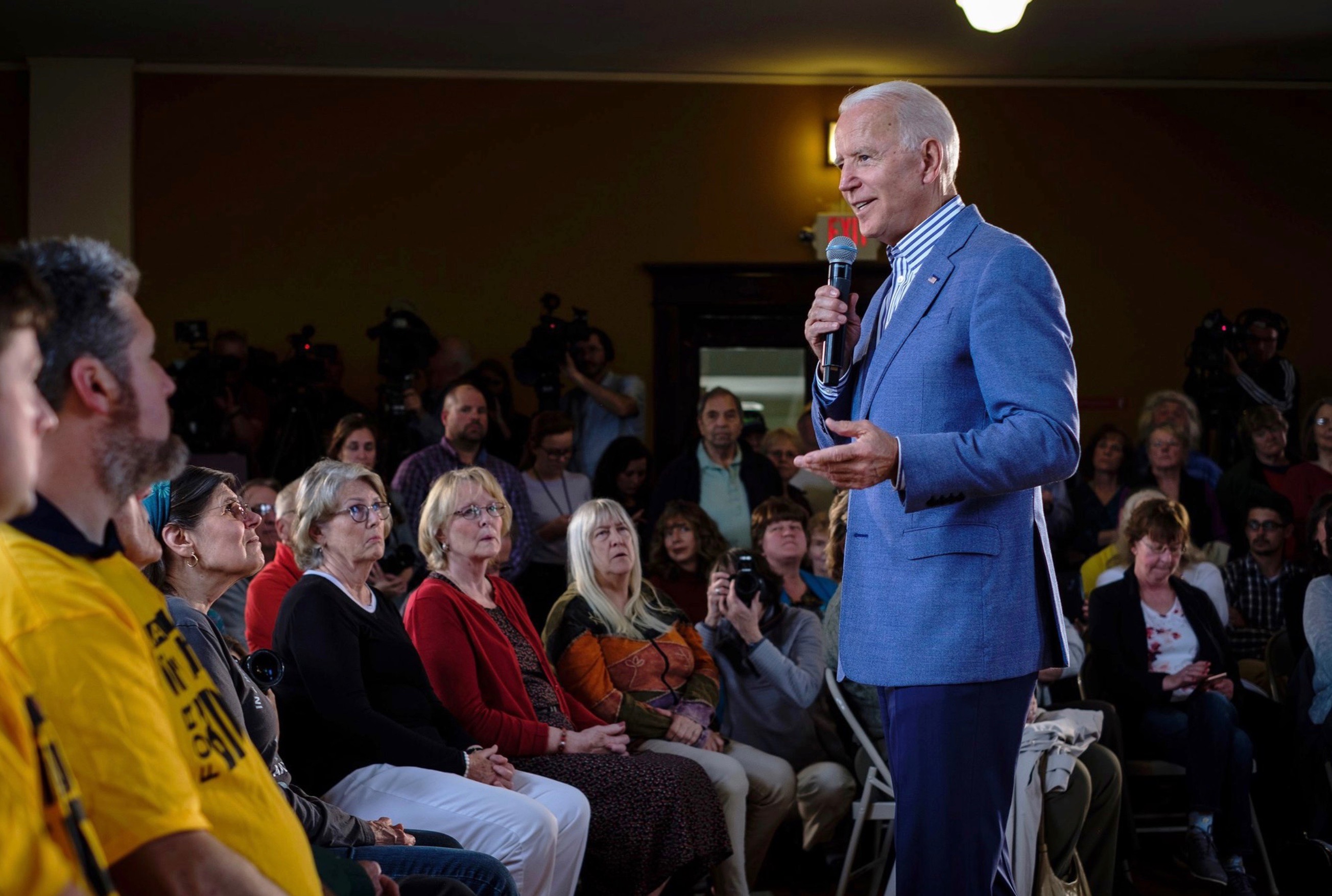 His ascendency was so unexpectedly strong it spawned floods of stories about how the über-liberal clown car campaigning for the Democratic nomination may have misread the “centrist” sentiments of broad swaths of the party’s electorate.

Which we believe they have …

Biden is actually still crushing it in early-voting states … enjoying a 2-to-1 advantage (at least) over socialist U.S. senator Bernie Sanders of Vermont, his nearest competitor.

But there is trouble on the horizon … and lots of it.

First, Biden was caught plagiarizing large portions of his recently unveiled environmental plan … a revelation which actually wound up getting more press than the plan itself.

Specifically, Biden lifted lines “word-for-word” from numerous liberal organizations, according to a report in The Washington Post.

“This is a pretty amateur mistake for the frontrunner’s campaign to make on a substantial policy rollout, when they had to know … the one thing they cannot do is plagiarize,” noted CNN’s John King.

“It’s lazy or it’s arrogant,” Post reporter Karoun Demirjian, added. “You would think he would be happy to quote progressive groups on his website.”

Biden has been busted plagiarizing before – stealing lines from Robert F. Kennedy, Hubert Humphrey and British politician Neal Kinnock during his 1988 presidential bid. He was also accused of plagiarism in law school.

The weight of those allegations prompted Biden to drop out of the 1988 race, which he attributed to “the exaggerated shadow” of his prior mistakes.

Additionally, Biden falsely and repeatedly claimed to have marched in the civil rights movement – an allegation we suspect will test his support among black voters in early-voting South Carolina.

It gets worse for Biden, though …

In addition to the plagiarism scandal, he is currently under fire from many in the Democratic base for his support of the Hyde amendment – a 1976 measure that banned the use of federal funds for abortions. Democrats are pushing to repeal this amendment – calling access to government-subsidized abortion a “constitutional right.”

Unreal how far they are veering isn’t it? Indeed …

Where is Biden on this issue? All over the map …

On Wednesday, he claimed to still support the Hyde amendment – even though last month he told an activist with the American Civil Liberties Union (ACLU) that he would repeal it.

Biden later claimed to have “misheard” the activist’s question.

Slammed by virtually all of his presidential rivals, Biden next indicated he would actually be open to repealing the amendment “given the current draconian attempts to limit access to abortion.”

Oh, and all of this is before Biden gets lit up for major Ukrainian and Chinese scandals involving his son, Hunter Biden (who, incidentally, was in a relationship with the widow of his brother, Beau Biden, until recently).

Yeah … there is a lot here.

Again, for the time being Biden continues to enjoy a huge lead over the sprawling, badly divided Democratic field. And has already survived one scandal in this race that would have likely destroyed a lesser candidate. But the sheer tonnage of bad news headed Biden’s way is formidable … and adversely impacts multiple facets of his candidacy (character, ideology, consistency).

Bottom line? Biden’s frontrunner status is very much in jeopardy … which is no doubt music to the ears of incumbent Republican president Donald Trump.