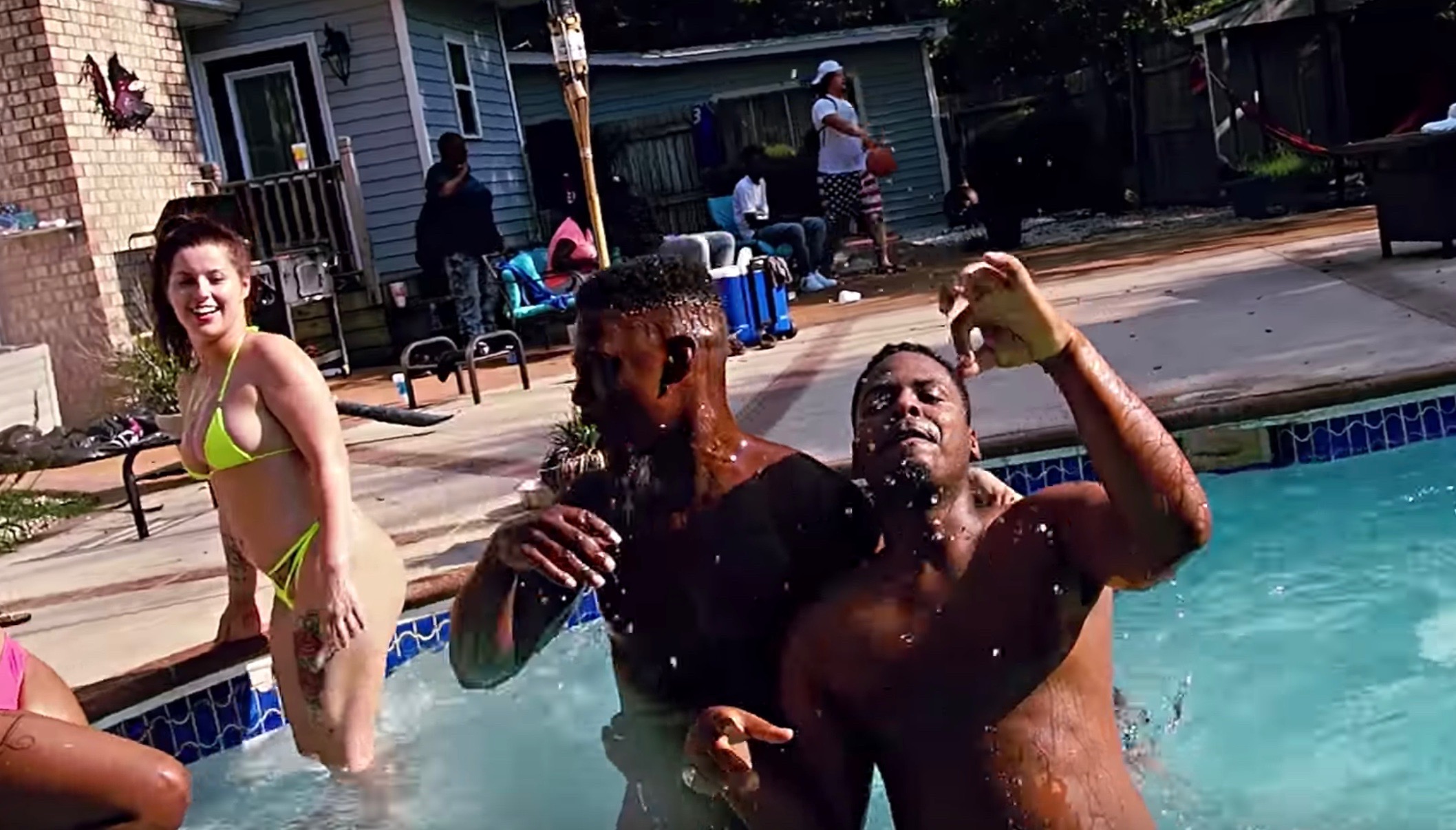 Months before allegedly conspiring to stage a home invasion – one that left an eight-year-old boy dead – 23-year-old Linda Lyn Monette and 24-year-old Reynerio Rafael Romero Jr. appeared together in a rap video.

Not only that, the video in question was filmed at 112 Cedar Vale Drive – the same address in Lexington, S.C. where the fatal shooting took place last Tuesday.

The video – BanC Boys “The Weekend” – was produced by Jacobz Digital and posted to YouTube in August of 2018. As of this writing, it has drawn around 5,500 views.

In the clip, Monette appears as one of several women clad in skimpy swimsuits dancing provocatively at a backyard pool party/ cookout as the rappers perform. Romero Jr. appears as one of the partygoers, dousing the women with water from a squirt gun as they gyrate for the camera.

Here is the clip (and while it contains no nudity, we would not necessarily recommend watching it at work) …

The video does not depict Austin Hanahan, who lived at the home with Monette and who was wounded during last Tuesday’s shooting.

What happened inside this residence during those fateful moments last week?

So far all we know is that shortly after midnight last Tuesday, a masked black male allegedly kicked in the door of this home. What transpired next is unclear, but gun shots rang out and eight-year-old Mason Hanahan was struck by at least one of the bullets. Hours later, the young boy was pronounced dead at a nearby hospital.

A second grader at Lexington’s Oak Grove elementary school and a standout youth league baseball player, Hanahan had dreams of playing third base in the major leagues one day. His death has left friends and family members grieving – and left neighbors to wonder what is happening to their community.

We have heard various versions of the crime scene narrative, but at this point it is far too early to speculate as to what happened.

The elder Hanahan, who sustained an upper body wound during the ensuing gunfire, told deputies with the Lexington County sheriff’s department that he “pulled out his firearm and started shooting” during the home invasion and that the suspect fled the residence on foot.

During the gunfire, he said his son “got hit.”

Inside the home, detectives found “blood all over the floor,” a firearm and shell casings. They also found marijuana, marijuana packaging items and an undisclosed amount of cash. Those latter discoveries prompted them to charge Monette with possession of drugs with intent to distribute.

Not long after that news broke, Lexington deputies announced Romero Jr. had been charged with criminal conspiracy and accessory to murder before the fact.

“Over the course of our investigation, we’ve gathered information indicating Monette actively conspired with Romero to plan and carry out the armed robbery,” Lexington County sheriff Jay Koon said. “The plan was for someone to burglarize the home and take several pounds of marijuana, which was known to be in the residence.”

Koon also indicated a third suspect was at large and currently being sought by law enforcement. He urged individuals with information related to the case to provide it anonymously by calling Crimestoppers at 888-Crime-SC, logging onto www.midlandscrimestoppers.com (and clicking on the “Submit a tip” tab), or by downloading the P3 Tips app for their Apple or Android device.

This news outlet will obviously continue to follow this case closely and update our readers as to any new developments we are able to uncover.