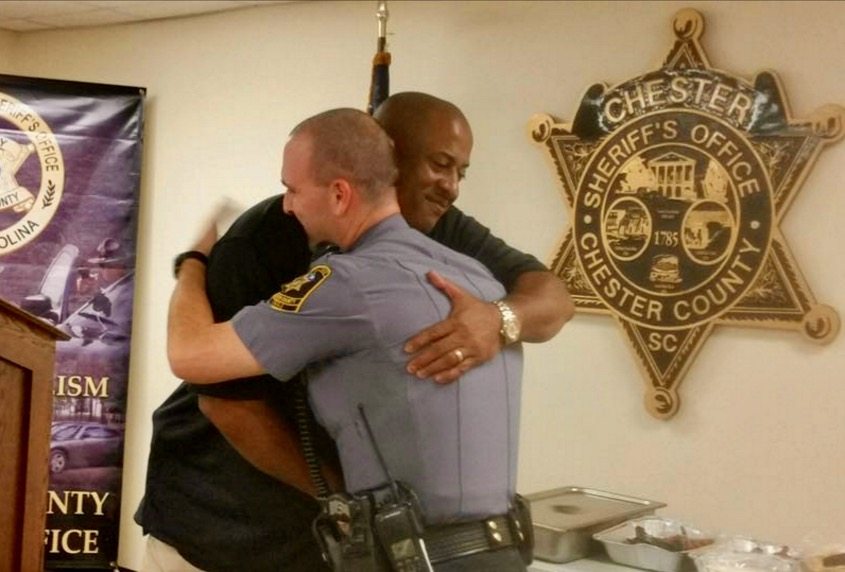 According to our sources, the raid took place in connection with allegations of corruption involving sheriff Alex “Big A” Underwood.

The news should come as no surprise to our readers. In mid-March of this year, we exclusively reported that Underwood was at the heart of a federal investigation – one that was quickly approaching a point of “critical mass.”

“Underwood is reportedly one of several local law enforcement officers/ prosecutors whose management of seized assets has been called into question in recent months,” we reported at the time.

Shortly thereafter, Underwood was referenced by reporters with The (Charleston, S.C.) Post and Courier in connection with a series on shady sheriffs.

The Post and Courier report – written by Tony Bartelme and Joseph Cranney – outlined multiple examples of lavish spending by Underwood.

The presence of the FBI and SLED at the sheriff’s office was first reported by Andrew Dys of The (Rock Hill, S.C.) Herald – although his outlet offered no explanation for the raid.

Dys did get FBI spokesman Don Wood to confirm that the agency was participating in a “lawful law enforcement activity” at the sheriff’s office.