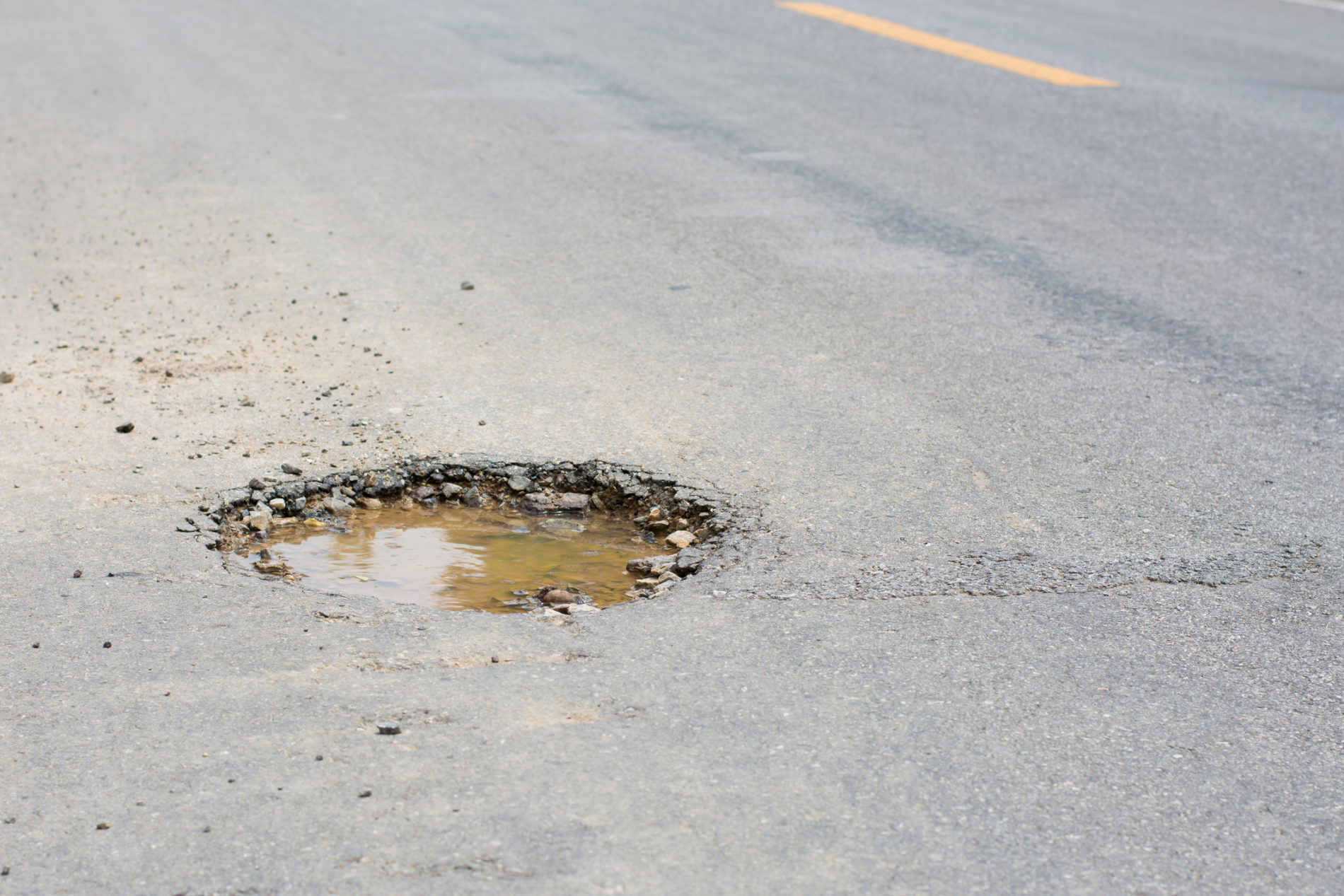 There is an interesting post up this week from reporter Rick Brundrett of The (Columbia, S.C.) Nerve detailing pothole projections from the notoriously incompetent South Carolina Department of Transportation (SCDOT).

We chronicled this agency’s ongoing big ticket failure in a post yesterday, but apparently its abysmally managed bureaucracy – which has to purchase positive press – cannot get the small things right, either.

“Fix our roads” was the promise taxpayers were made two years ago when they jacked gasoline taxes and other fees to the tune of $1.8 billion over the first six years (and $600 million each year in perpetuity after that).

So are our roads being fixed? Of course not …

According to Brundrett, SCDOT claimed to have filled 409,739 potholes during the fiscal year that ran from July 1, 2017 through June 30, 2018. Of course that remarkably specific number is not an actual count of filled potholes (that would make far too much sense), it is an estimate based on the total amount of asphalt used by the agency divided by the average size of a pothole (three feet wide, three feet long and 4.75 inches deep).

Yeah. We shudder to think of the math that went into those calculations …

Anyway, the total cost of this pothole “patch-apalooza” amounted to $20.6 million … but one former SCDOT maintenance engineer told Brundrett most of that money is going down the drain.

“There are a lot of things to patching a pothole that they don’t do,” the former engineer told Brundrett. “I don’t think they know how to patch a pothole to be honest with you, not at least from what I’ve seen.”

The engineer added that most potholes are caused by a failure in the road base, not the asphalt – and that simply plugging the hole with asphalt is only going to fix the problem temporarily.

“When you just throw some asphalt in it and that’s all you do, you just repeat what happened,” he said.

Sounds like a metaphor for everything state government does …

Speaking of rinse-repeat failure, SCDOT is slated to get $2.6 billion in the coming fiscal year – which would amount to a $191 million (or 8 percent) increase from the previous fiscal year. A big chunk of that funding increase – $53 million – is going toward maintenance work.

So look for that investment to vanish inside recurring potholes near you soon … all while the next round of gas tax hikes (and new toll roads) take effect in the coming fiscal year, too.

SC Trooper Shortages: By The Numbers