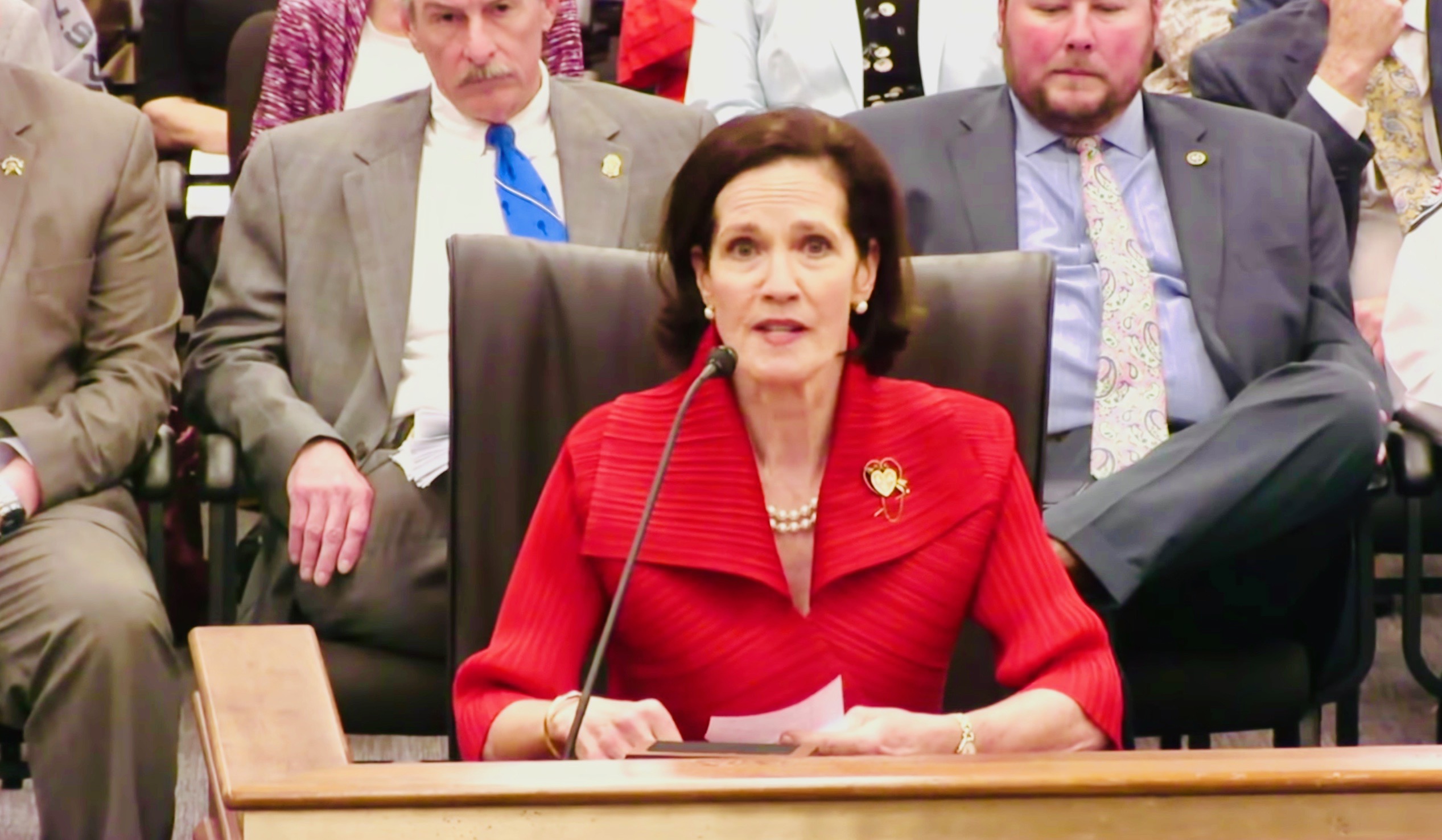 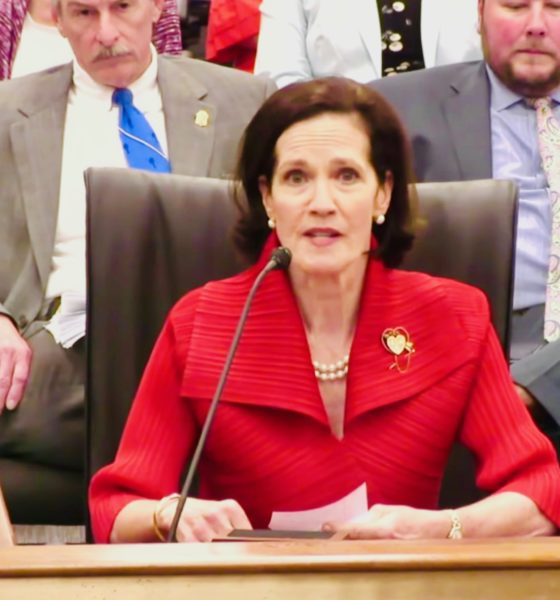 Medical marijuana may be dead for the year in South Carolina, but the effort to legalize it received a big boost last week from a most unlikely advocate.

Margaret Richardson is the wife of Scott Richardson, a former state senator and ex-director of the S.C. Department of Insurance (SCDOI).

She is also a medical cannabis user … albeit a most atypical one.

Decked out in a resplendent red dress, pearls and a gorgeous heart-shaped gold brooch, Richardson appeared before a legislative panel last Thursday to testify in support of S. 366 – dubbed the “compassionate care act” by its supporters.

To say her testimony was compelling is an understatement – it was riveting.

Richardson suffers from a condition known as trigeminal neuralgia, which is a term for chronic pain impacting the trigeminal nerve – the largest cranial nerve and the one responsible for transmitting sensation from the face to the brain.

According to the Mayo Clinic, trigeminal neuralgia disproportionately impacts women over the age of fifty – like Richardson. For those who suffer from the condition, “even mild stimulation of your face – such as from brushing your teeth or putting on makeup – may trigger a jolt of excruciating pain.”

“When the pain wins, you land on the floor and scream out – like an animal,” Richardson told lawmakers.

According to Richardson, her condition “is like having a bunsen burner turned on in the side of your head.”

“It’s not something that you can ignore,” she added.

Richardson has undergone two surgeries and been prescribed opioids in response to her condition. Neither worked, and the opioids – which she took for four months – wound up doing more harm than good.

“I withered away – I had to stop taking them,” she said. “The one legal solution – opioids – almost killed me.”

Richardson added that the opioids she was prescribed took her “out of life,” and forced her to quit her job.

The only thing that has worked? Medical cannabis … which she is not allowed to take.

“I have to creep around like a criminal,” she told legislators, her voice cracking with emotion. “If I want to go on a trip or get in my car, I have to worry about getting pulled over.”

She recalled one recent instance in which she had an attack during a wedding ceremony in Greenville, S.C.

“I staggered out … (and) my friends witnessed what only my husband has seen – a sobbing you can’t stop, trying not to scream, doing your natural childbirth breathing so that you can control yourself,” Richardson said. “I got to the hotel – they wanted to call the paramedics. And I said please just let me get to my room to my medicine – which was medical cannabis.”

Here is her testimony …

“I have such confidence in Tom Davis and this body of lawmakers – that you all can craft a fine bill that is so strictly regulated that it will not behoove people to break the law,” she said.

“I am so grateful for SLED and our law enforcement – who put their bodies in line to protect us every day – that they can enforce the legislation that you all come up with,” she said.

Over the last few days, this news outlet has been preparing a longer-form piece on the current status of the medical marijuana debate in South Carolina – a piece that will include multiple on-the-record interviews with state lawmakers and other key players in this evolving debate.

Look for that piece within the next few days, but in the meantime we felt compelled to share Richardson’s story …

This news outlet has long-endorsed the full legalization of marijuana and other drugs for recreational purposes, arguing that it is a liberty issue and an economic issue. We have also often said that the debate over legalizing medical cannabis is not the discussion we ought to be having as a state.

Richardson’s testimony is a compelling reminder, though, that there are those with debilitating conditions who are experiencing relief through the use of medical cannabis.

Which we believe they should be allowed to do …