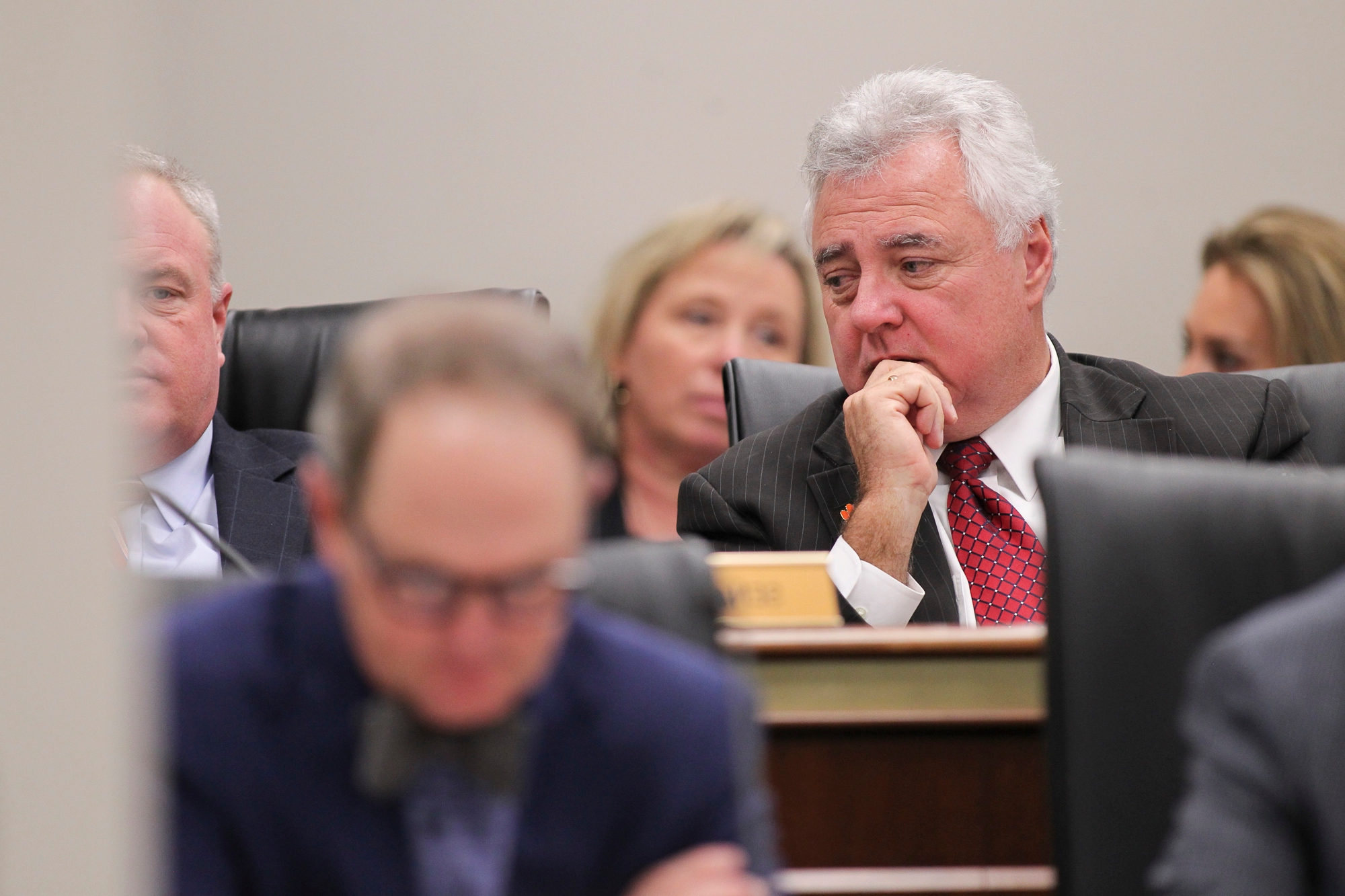 There are a lot of endorsements we would love to take back, but none more than our endorsement of South Carolina state senator Larry Grooms in the 2013 special election for the U.S. congress.

Grooms had us fooled in the infancy of our evolution as a news outlet, but not anymore. We now see him for exactly what he is – a servile panderer of the first order and a card-carrying member of state government’s failed status quo.

Behind Grooms’ flag waving Tea Party act and beneath the veneer of his crocodile tear Christianity lies a consummate insider – an apologist-in-chief for some of the most spectacularly failed government institutions in the Palmetto State.

Grooms remains the arch-defender of Santee Cooper – the state-owned utility that screwed the pooch on a pair of next-generation nuclear reactors in Jenkinsville, S.C. (a.k.a. #NukeGate). He is also the lead legislative cheerleader for the S.C. Ports Authority (SCPA) – which has spent the last decade-and-a-half squandering its competitive position to regional rivals.

And while he claims to support limited government, Grooms has been a reliable vote for the “Mo’ Money, Mo’ Problems” budgets that continue to set South Carolina back economically (and for that matter on virtually every other front).

Needless to say, we were pleased to see Grooms had drawn a challenger in his bid for reelection to S.C. Senate District 37 (map) – the seat he has represented since 1997. And no, we don’t even care that she is a Democrat.

Seriously: Give us an honest liberal over a fake conservative any day of the week. And twice on Sunday.

Why? Because the last time we checked, conservative “Republicans” in South Carolina had grown government in the Palmetto State over the last quarter of a century faster than their Democratic predecessors ever dared to dream – with diminishing returns on every front.

Anyway … Grooms is being challenged for this seat by Kathryn Whitaker, a Charleston, S.C. marketing and communications professional who currently serves as director of client relations at Burr and Forman LLP (that’s the Birmingham, Alabama-based law firm that recently purchased McNair law firm in Columbia, S.C.).

Whitaker (above) is straight out of central casting. A graduate of Clemson University, she and her husband have two school-age children. Both are active in the community and in their church – Seacoast – where they lead a class for young married couples.

Can she win? It will not be easy.

U.S. president Donald Trump – who will in all likelihood be on the ballot in 2020 – carried this district in 2016 with more than 58 percent of the vote. Prior to that, former GOP presidential nominee Mitt Romney won it with more than 63 percent.

Obviously the demographics of the Lowcountry are changing (as evidenced by the upset victory of U.S. congressman Joe Cunningham last fall in the state’s first congressional district race) … but are they changing fast enough for Whitaker to take advantage of them?

Frankly, we hope Grooms draws opposition in his 2020 GOP primary race as we would love to see a genuine supporter of freedom and free markets occupy this seat. Sadly, though, so far no one has stepped up to challenge him.

Stay tuned … we will be keeping an eye on this race as it unfolds over the coming months.