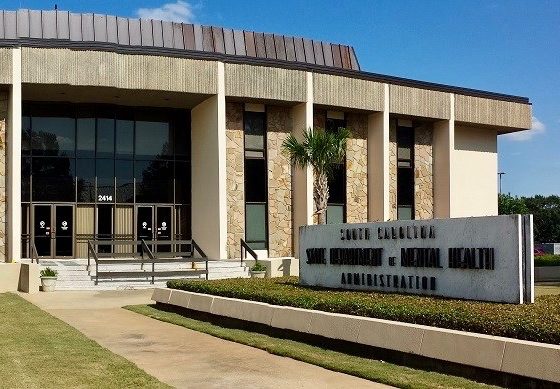 In the aftermath of a tragedy, state leaders chart a pathway forward …

Ordinarily, a debate over who should provide transportation for mental health patients in South Carolina – and how such transport should be subsidized – would be the definition of a low-profile discussion.

Aside from the state agencies directly involved in this issue (and the family and friends of those requiring transport), not many people would pay much mind to such a conversation.

Last fall, though, a tragedy in Marion County, S.C. put this discussion very much on the front-burner.

In mid-September – during flooding associated with Hurricane Florence – 45-year-old Wendy H. Newton of Shallotte, N.C. and 43-year-old Nicolette T. Green of Myrtle Beach, S.C. drowned in the back of an Horry County sheriff’s office van during a “high-water incident” on Highway 76.

Newton and Green were detainees entrusted to the care of the S.C. Department of Mental Health (SCDMH). They were being transferred from Waccamaw Mental Health in Myrtle Beach and McLeod Loris Hospital in Loris, S.C., respectively, to McLeod Behavioral Health in Darlington, S.C. when the incident took place.

Four state senators – Tom Davis of Beaufort, Mike Fanning of Great Falls Marlon Kimpson of Charleston and Katrina Shealy of Red Bank – have introduced legislation in the aftermath of the tragedy aimed at refining the state’s transfer processes.

In addition to updating mental health certification timelines to account for natural disasters, their bill – S. 303 – would require law enforcement officers tasked with transferring these patients to be part of a special therapeutic transport unit, one whose members have undergone specific crisis intervention training.

Officers tasked with transporting mental health patients would also be encouraged to dress in plain clothes and use unmarked sedans, “wherever possible.”

For patients deemed to be low-risk, the legislation would allow friends and family members to participate in the transfer process – easing the obligation on local taxpayers. However in many of these cases, responsibility for transfers would likely fall to SCDMH – an agency run by a seven-member commission appointed by governor Henry McMaster.

That’s assuming state lawmakers extended authority to the agency (specifically its public safety division) from where it current lies – with municipal police and county sheriff’s deputies.

“All of this for years has been put off onto local law enforcement, but that is not the best option for mental health patients,” a source familiar with the debate told us last week.

Our view? All of these sound like common sense changes, however a battle is raging behind the scenes over who will pay for the SCDMH transfers – and how much they will cost.

The agency – which is currently without a director – claims it will need an estimated $40 million annually to assume the financial obligations associated with an expanded transport role. However, a fiscal impact study provided to lawmakers reveals the actual annual cost of transporting these detainees is much lower – around $8.5 million.

Law enforcement sources have told us their agencies conduct 15,000 transfers each year, although SCDMH leaders have testified under oath that the actual number could be as low as 3,000 transfers per year. Either way, the $40 million budget request from SCDHM strikes us as astronomically high.

We will keep a close eye on this debate as it moves forward. Obviously the safe, secure transport of mental health inmates who pose a potential danger to themselves and others is a core function of government – part of a broader public safety mission. And while this mission must be adequately funded and professionally administered, taxpayers should not be fleeced in the process, either.

Hopefully, Davis and his colleagues in the Senate will figure out the proper solution.