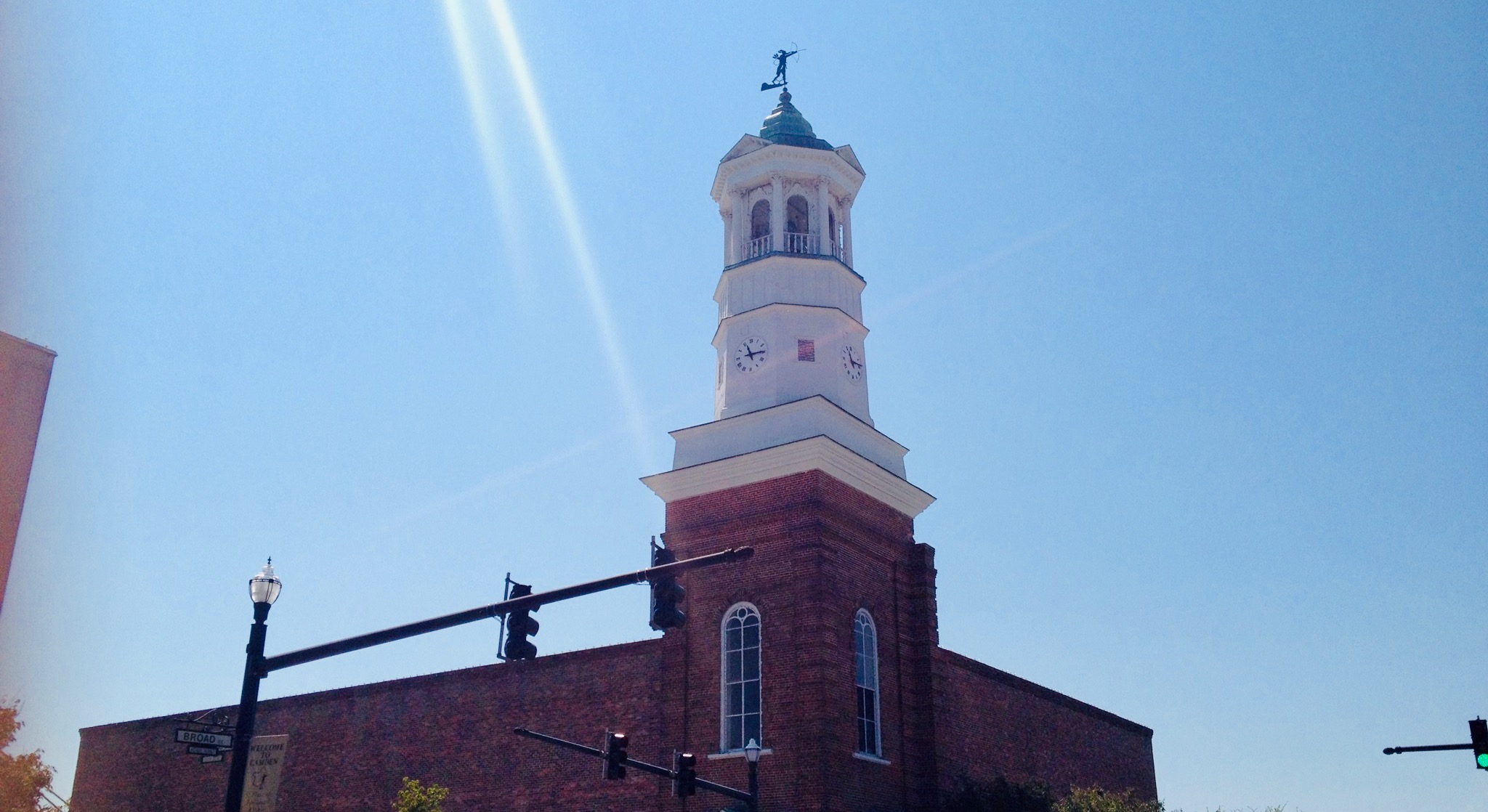 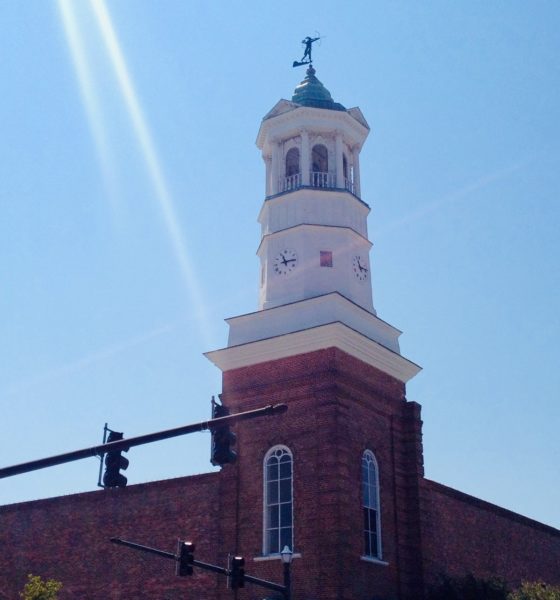 The sad story of Scott Spivey …

Last month, this news outlet wrote on the arrest of a prominent mental health advocate in the South Carolina Upstate. It gave us no pleasure to do so, but we believed public scrutiny was warranted under the circumstances.

What motivated our editorial decision?

The individual at the heart of that case – Paton Blough – holds himself out to be an expert on the subject of mental illness, and has even participated in efforts to educate (and train) law enforcement officers on the subject.

If Blough himself is not a rational actor (and on his own website he readily acknowledges there are times when he is not), that matters …

Especially when he is acting in a most irrational manner …

“He needs guided help with lawful restraints,” one of Blough’s former friends wrote in a letter to S.C. thirteenth circuit solicitor Walt Wilkins. “I don’t know what that looks like in the eyes of a solicitor, but that’s the best way I can put it.”

“We don’t know what that looks like, either,” we remarked at the time.

Mental illness or instability is one of the trickiest – and most dangerous – things for a news outlet to write about. For starters, it often involves asserting – on the record – that an individual is crazy. Beyond that, there is the obvious risk that goes with writing about crazy people.

Seriously: You never know how they might decide to respond …

More fundamentally, though, who are we to make such judgments? We are not psychologists or psychiatrists. And furthermore aren’t most people, to borrow the lyrics of a well-known Seal song, “a little crazy.”

The whole topic is a maze of blurred lines … and potential landmines. Which is why people usually stay away from it.

Upon occasion, though, we find ourselves compelled to bite the bullet (no pun intended, hopefully) and weigh in on cases involving mental illness.

After all, if these things go unaddressed … bad things can happen.

The case of Blough was one of those cases – as is the case of Scott Spivey.

A family law/ criminal defense attorney based in Camden, S.C., Spivey (above) was the epicenter of two high-profile incidents within the last three-and-a-half years that made major waves within the Palmetto State’s legal community.

The first incident took place in late September of 2015 at the annual S.C. Solicitors Association (SCSA) conference in Myrtle Beach. It resulted in the 34-year-old lawyer being involuntarily committed to a mental health facility. This incident was also the subject of a heavily redacted report prepared in November of 2015 by the S.C. State Law Enforcement Division (SLED).

Spivey resigned from his position with the S.C. eleventh circuit solicitor’s office in the aftermath of the 2015 incident. His concealed weapons permit (CWP) was also revoked.

The second incident – which took place last September in Lexington County, S.C. – was broadcast live on Facebook. It resulted in an incident report being prepared by the Lexington County sheriff’s department. Spivey was hospitalized in the aftermath of that incident, too.

Our news outlet reached out to Spivey – who is divorced with two young children – in the hopes of initiating a conversation with him about the information we obtained. We never heard back from him, but several backchannel communications appear to have been initiated with us on his behalf.

The gist of these communications? That publishing an article about Spivey might trigger him to take his own life (in which case his blood would presumably be on our hands).

Our response to that?

We believe the two incidents involving Spivey are illustrative of the extent to which he can be a danger to himself and those around him – particularly the disturbing video clip associated with his second suicide attempt on the evening of September 9, 2018.

According to Lexington County deputies, Spivey left several ominous messages with an ex-girlfriend earlier that day alluding to how “he would shoot a cop, or they would shoot him.” He is also alleged to have told the woman in question that he “had a gun.”

When deputies located Spivey inside a truck in his ex-girlfriend’s neighborhood that evening, a lengthy standoff ensued – one that prompted responding officers to call in a special weapons and tactics (SWAT) team, major crimes investigators and a special negotiations unit.

“(Spivey) would not comply with deputies verbal commands … and was refusing to exit his vehicle,” the incident report noted. “(Spivey) then began to rev up his engine as if he was going to drive towards where we were standing.”

“Deputies took cover, and continued to give verbal commands for (Spivey) to step out of this vehicle,” the report continued.

As this dramatic scene unfolded, dozens of Facebook viewers were watching the standoff live – as it was happening – from the vantage point of a cell phone camera held by Spivey inside his truck.

“I need everybody to know that it’s okay to kill yourself,” he continued. “That sometimes it’s not worth living.  That you can be haunted – haunted – by thoughts and feelings.  It’s crippling and it’s painful and it hurts and you are demon-infested and you’ll never be better.  You’ll just be ill.”

Spivey trained the cell phone camera on himself for most of the video, but flipped it around several times to show his audience the police cars lined up in front of him.

The Lexington county incident report confirmed Spivey indeed “backed his truck up and still continued to rev his engine up like he was going to drive toward deputies.”

As Spivey narrated the standoff live from inside his vehicle, the voice of a law enforcement negotiator communicating with him via a megaphone could be heard in the background.

“Scott you’re not in trouble right now … if there’s a (unintelligible) way we can resolve this … we want to help you,” the officer stated. “Scott can you please acknowledge that you can hear me?”

“They want me to talk to ‘em,” Spivey said to his social media audience. “I don’t trust them.  F*cking pigs.  I was a prosecutor for five years. They lie, they cheat, they steal. Never trust the cops.”

“Listen to ‘em lying,” he added as the negotiator continued to try and convince Spivey to end the standoff.

Eventually, Spivey was coaxed out of his vehicle and “safely detained.” Lexington deputies accompanied emergency medical service responders who transported him to Lexington Medical Center (LMC).

What happened after his latest hospitalization is unclear. All we know is that less than half-a-year following this second high-profile suicide attempt, Spivey – who also previously worked as an attorney for the scandal-scarred S.C. Department of Social Services (SCDSS) – is once again practicing law.

Should he be?  That’s a good question.

We have no idea how the S.C. supreme court’s much-maligned Office of Disciplinary Counsel (ODC) – which regulates the conduct of attorneys in the Palmetto State – handles cases involving apparent mental illness or instability. Obviously, this news outlet has been sharply critical of the office in years past over its “maddening” subjectivity – but Spivey’s case would certainly seem to warrant some attention.

Hopefully, it receives the proper attention … and hopefully that is part of a broader effort on the part of family, friends, colleagues and health care professionals to accurately diagnose and treat whatever ails him.

Spivey has so much going for him. A graduate of the Darla Moore school of business and the University of South Carolina school of law, he is intelligent, articulate, attractive and (obviously) adept at navigating potential land mines in his own life (which would seem to bode well for those he represents).

Furthermore, he has two beautiful young children who need him to stick around – and not only stick around, but provide for them and be a positive influence on their lives.

Our belief is with the proper psychiatric treatment and “lawful restraints,” Spivey can reorient his trajectory and be his best self (both for himself and for his children). But to “sin by silence” as it relates to his disturbing, dangerous pattern of manic behavior – and the apparent lack of accountability that has followed from it – would be wrong.

Allowing someone to suppress coverage via threats of self-harm ultimately does them no favors. All it does (or would have done) is enable the part of them that is bent on self-destruction.

More importantly, though – similar to the Blough case – we believe there is a legitimate public safety component to this story. And we are never going to pull punches in such cases.

Our hope? That Spivey gets the help he needs … before he hurts himself or someone close to him.