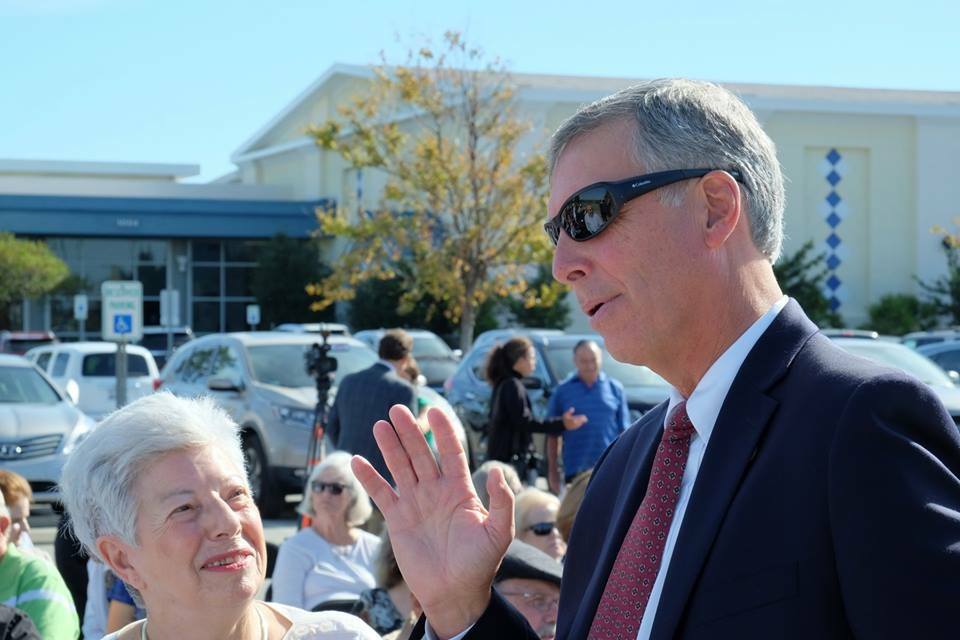 There have been three iterations of the South Carolina seventh congressional district – which currently consists of Georgetown and Horry counties as well as the northern portion of the so-called “Corridor of Shame,” an impoverished third world section of the Palmetto State traversed by Interstate 95.

The first iteration of the district lasted from 1803-1853, during which time it was represented by a mix of Jeffersonian and Jacksonian Democrats (and two “nullifiers”).

Scrapped following the 1850 census, the district reemerged in 1883 and endured until 1933 – during which time it was represented by a mix of Republicans and Democrats.

In 2013, the district was reestablished following the 2010 census. Since then, it has been represented by Republican congressman Tom Rice – a former county council leader who won election in 2012 thanks to the backing of then-governor Nikki Haley.

Has Rice done that? Not really …

His objective in selling out taxpayers back home? Securing funding for Interstate 73 – a proposed highway into Myrtle Beach, S.C. that local leaders insist is an essential transportation artery for the state’s flagging tourism industry. Permitting for the road was approved in June of 2017, but funding for its $2.5 billion price tag remains elusive at the federal, state and local levels.

Municipal and county leaders continue to battle over how the road should be subsidized – fighting over various streams of accommodations and hospitality tax revenues. Meanwhile, environmentalists are suing to block construction of the road and fiscal conservatives continue to balk at its huge price tag – and local leaders’ refusal to consider less expensive alternatives to the road.

With Interstate 73 still in limbo – and with Rice’s party now out of power – sources familiar with the congressman’s thinking tell us he has considered not seeking reelection (either in 2020 or in the following election cycle).

According to one source, Rice “doesn’t like being in the minority.”

Another source told us the 61-year-old Charleston, S.C. native is “frustrated” with his new role as a mid-level minority member of the Democratic-controlled House ways and means committee.

“This isn’t fun for him anymore,” the source said.

It probably won’t be fun for the foreseeable future, either. Democrats control 235 of 435 seats in the House. Republicans – the “other” party of unsustainably big government – control 197 seats, with three seats currently vacant (one swing district and two solid GOP seats).

Depending on how those three vacancies are filled, Rice’s party would likely need to claim at least 19 seats in the 2020 election to retake the House.

That is a dubious proposition at best … and its prospects in 2022 are even dimmer.

If Rice is thinking of hanging it up, though, he certainly hasn’t let on to any of his prospective successors – or to his donors. The fiscal liberal ended 2018 with nearly $1 million in his campaign account, according to documents filed with Federal Election Commission (FEC). Meanwhile, sources in the Beltway tell us the establishment Republican is “full speed ahead on fundraising” for 2020.

“He has a full slate of fundraising events this quarter,” one source familiar with Rice’s upcoming schedule told us.

In the event Rice were to decide against running in 2020 (or in 2022, the first election after the next census), most believe S.C. senator Greg Hembree would be the odds-on favorite in a race to replace him. Of course state representative Alan Clemmons – a militant pro-Israeli voice – would likely be a credible candidate as well.

One thing is clear – the field would be very crowded.

We personally believe Rice will run again in 2020, but we will keep a close eye on his deliberations nonetheless.

There Will Be A Tom Davis Pot Party After All …