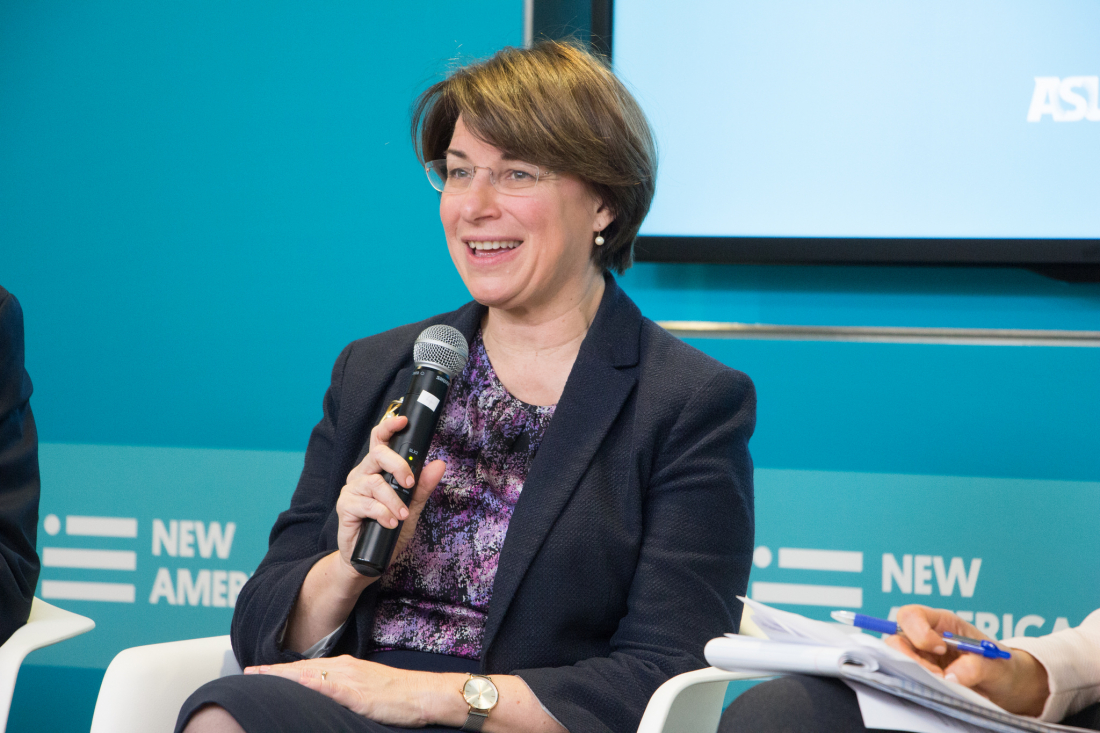 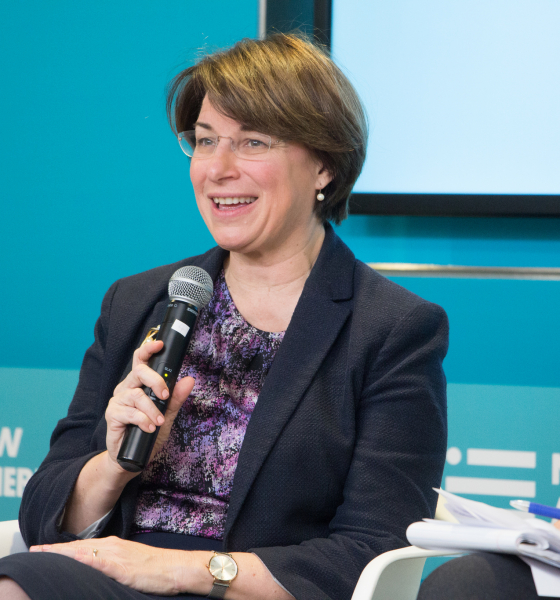 What’s behind the wide smiles and witty commentary, though?

But as the liberal lawmaker courts “First in the South” primary voters with a positive, upbeat message – hoping to distinguish herself in an increasingly crowded, contentious Democratic field – a potentially damaging counter-narrative is picking up momentum.

A day before Klobucher arrived in the Palmetto State – accompanied by broad smiles and witty wisecracks – a story in The New York Times painted a diametrically divergent portrait of the 58-year-old former prosecutor, who was first elected to the U.S. Senate in 2006.

Specifically, it recalled a trip to South Carolina a decade ago during which Klobuchar allegedly ate a salad with a comb and then instructed a member of her staff to “clean it” after the staffer in question “fumbled” the plastic silverware that accompanied the meal.  The staffer reportedly dropped the plastic utensils while trying to carry Klobuchar’s luggage – and her salad – through a crowded airport.

Big scandal?  No, not really … but the anecdote (and numerous other stories like it) have Klobuchar on the defensive.

According to the Times report, Klobuchar’s treatment of her staff isn’t just bad – it is “dehumanizing.”  Previous reports have also described Klobuchar’s capitol hill office as a “hostile work environment.”

Klobuchar has preemptively addressed these allegations, acknowledging that she “can be tough” and “can push people.”

And this news outlet has already editorialized on the issue …

Frankly, such criticism does little to raise or lower our estimation of a politician … and barring a documented, seismic revelation of actual abuse (or a misuse of taxpayer resources) we are inclined to tell Klobuchar’s former staffers to stop whining.

Of course, we also noted that the allegations of staff mistreatment were “something to keep an eye on as Klobuchar’s campaign heats up.”

Because not everyone is as understanding about such matters as we are, apparently …

According to early polling, Klobuchar is not a top tier Democratic prospect – at least not in South Carolina.  As of this writing, she lags well-behind former U.S. vice president Joe Biden (who has yet to announce his intentions) as well as several of her senatorial colleagues who have already announced their candidacies including Bernie Sanders of Vermont, Kamala Harris of California, Cory Booker of New Jersey and Elizabeth Warren of Massachusetts.

Ultimately, we will judge Klobuchar and the rest of the über-liberal/ socialist candidates in the Democratic field based on the policies they advance – policies we believe to be almost uniformly to the detriment of the liberty and prosperity of the American people.  And in addition to being a staunch social and fiscal liberal, Klobuchar has routinely voted with the neoconservative warmongers in Washington, D.C. on foreign policy.  As far as we are concerned, that is a triple disqualification … but if you think a nation that is $22 trillion in debt should continue subsidizing the national defense of dozens of other countries around the globe, perhaps she is a candidate you should support.

And perhaps you should consider voting to reelect South Carolina’s senior senator, too … because he and Klobuchar are two peas in a pod when it comes to our nation’s failed, costly global interventionism.

Got something you’d like to say in response to one of our stories? Please feel free to submit your own guest column or letter to the editor via-email HERE. Got a tip for us? CLICK HERE. Got a technical question or a glitch to report? CLICK HERE. Want to support what we’re doing? SUBSCRIBE HERE.
Banner: New America