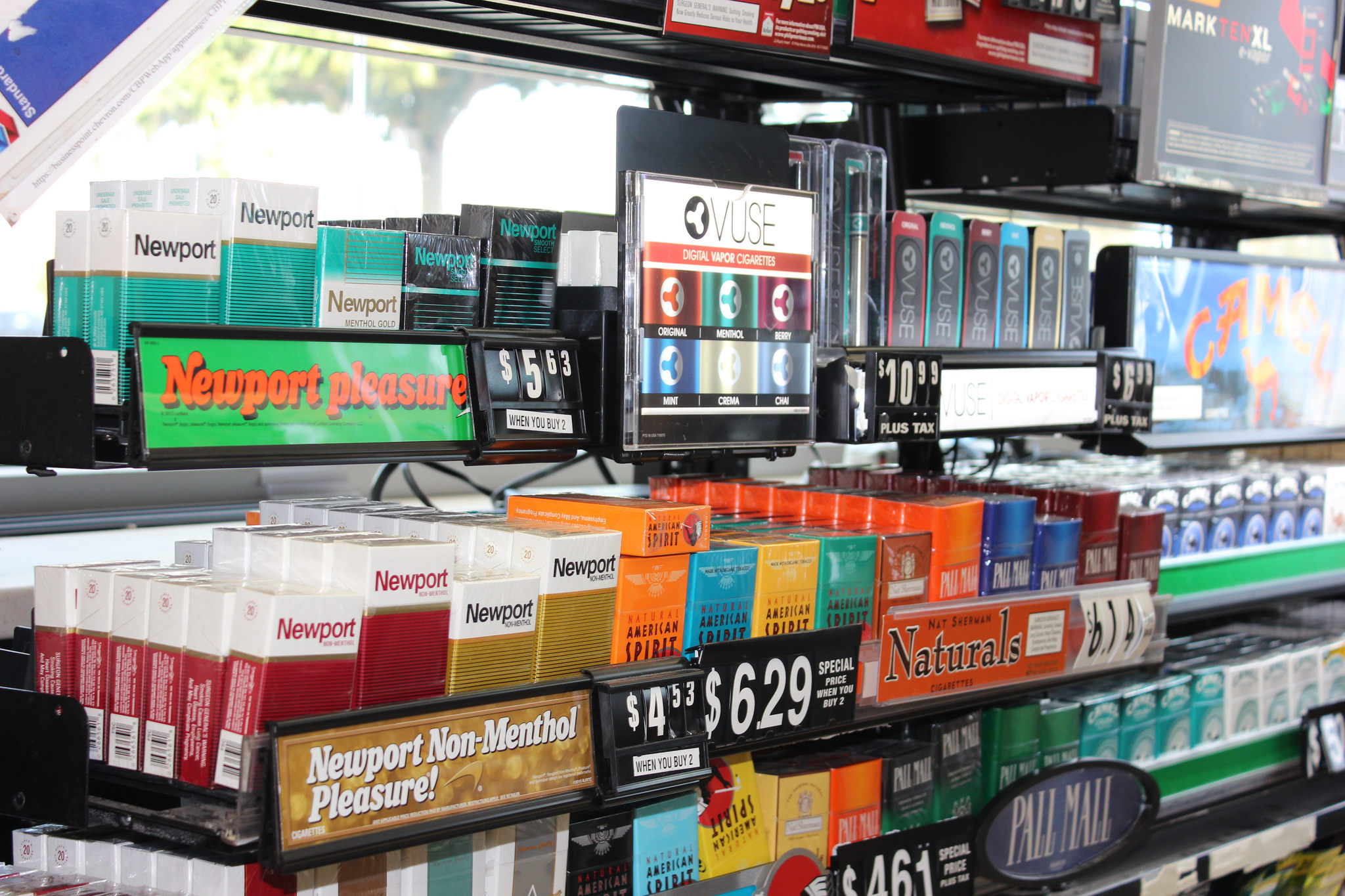 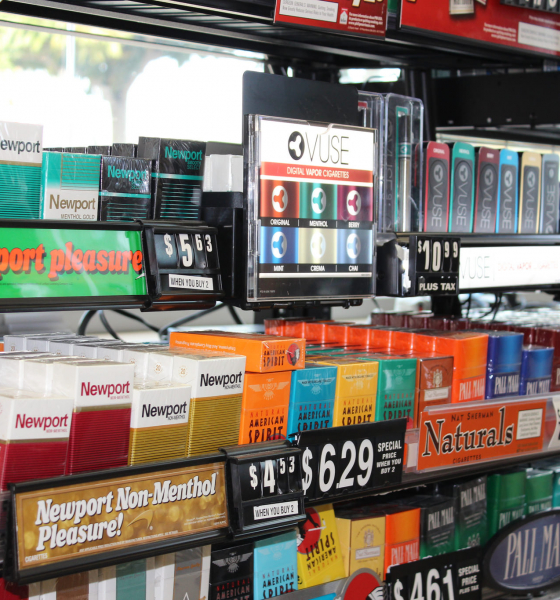 by WILL FOLKS || I’ve written before about addiction … including my own experiences with chemical dependency.

This isn’t one of those introspective, soul-searching pieces, though … it is one of incredulity.

Allow me to explain: One of the hardest addictions I ever had to break was my dependency on nicotine.  Up until the fall of 2008, I smoked at least a pack (well, more like a pack-and-a-half) of cigarettes each day.  Every day.  My wife and I quit, though, when she got pregnant with our elder daughter, who is now nine-and-half years old.

So yeah … I’ve been nicotine-free and smoke-free for a decade.

Even though I kicked the habit, I still think smoking is incredibly sexy (especially when women do it), and there are times when I find myself deliberately lingering to catch a waft or three whenever I encounter someone smoking on a sidewalk or outside of a restaurant.

“Am I bothering you?” they will ask me sometimes.

What do I not miss, though?  The cost.

I can’t remember what the going rate was for a pack of cigarettes when I quit smoking a decade ago, but I recall how they were getting much more expensive.  And from time to time over the years, I have glanced up at the packs and cartons on display and marveled at the elevated pricing.

It just hasn’t mattered as much to me because as of 2008, I haven’t been paying the price … in my lungs or in my wallet.

But others have been paying – and the prices are soaring.  According to the inflation website In 2013 Dollars, cigarettes have increased in price by 5.72 percent per year from 2000-2018.  That’s nearly triple the overall inflation rate of 2.12 percent.

All to purchase a product that is killing you …

According to the latest numbers from the U.S. Centers for Disease Control and Prevention (CDC), 15.5 percent of Americans aged 18 or older smoked cigarettes (roughly 37.8 million adults).  Of those, 16 million lived with a smoking-related disease.  Meanwhile, cigarette smoking was responsible for 480,000 deaths a year, making it the leading cause of preventable death in America.

To be clear: Just because I no longer smoke does not mean I support higher taxes on cigarettes.  Far from it.  In fact, I oppose higher cigarette taxes because I don’t believe government needs (or deserves) any more money than it is already taking in and because I believe cigarette taxes to be regressive.

I will show my work on the “regressive” point, too.  Several years ago, the Federal Reserve Bank of Atlanta released a report which concluded that smokers earned an average of 17.5 percent less than their non-smoking colleagues.  Meanwhile the latest CDC data found that 25.3 percent of adults who lived below the poverty line smoked compared to 14.3 percent who lived above it.

Which brings me to my point …

I noticed something during my return trip to South Carolina from Daytona, Florida earlier this month (my son was hospitalized in the Sunshine State for several days with a respiratory issue over Christmas break).  And no, I’m not talking about how Interstate 95 transforms into the equivalent of a bombed out Taliban airstrip (or a remote, narrow Himalayan pass) once you cross the Savannah River from Georgia.

Or how there is suddenly litter everywhere.  Or how half of the pick-up truck drivers you see in your rearview make you hum the theme to Deliverance.

No, I’m talking about the price of smokes …

Our first stop after crossing the border into the Palmetto State was at a gas station in Ridgeland, S.C.  There, I noticed packs of Newports on sale for $6.09.  That’s right … six dollars and nine cents.  For a single pack of menthols.

I wondered: How on earth do residents of Jasper County – one out of five of whom are living in poverty – afford to smoke?  Moreover, how do they afford to smoke menthols, which were priced around $0.20 higher than unflavored cigarettes?

Seriously … I don’t get it.  I’m a middle class guy with a steady job and there is no way in hell I could afford to smoke these days – certainly not with the same frequency I once did.  And certainly not menthols.

Despite their higher per pack price, menthols are the cigarette of choice for black Americans – whose income levels continue to lag behind those of white Americans (especially in dirt-poor South Carolina).  According to the Truth Initiative, an anti-smoking non-profit, 94.9 percent of young black smokers choose menthols.  The group says menthols “are easier to start smoking and more difficult to quit than regular cigarettes,” making them “a threat to public health above and beyond that posed by regular cigarettes.”

Menthols are marketed heavily in black communities … especially to the youth.

It is no wonder, then, that according to the American Lung Association (ALA), “black men and women are more likely to develop and die from lung cancer than persons of any other racial or ethnic group.”

So … what should be done?

Honestly, I don’t know.  Raising taxes isn’t going to work.  Spending government money on smoking cessation programs probably isn’t the answer, either.  And as a free market supporter, I reject efforts by some states to ban menthol (the last legal cigarette flavoring) just as I rebuke the idea of restricting product advertising.

In the final analysis, people have to be free to make bad choices.  Even deadly choices.

And again, when you are in the throes of an addiction – even a legal one – there is no rational solution because there is nothing rational about the situation.  Or the addicted individual.

So I don’t really have a good answer … other than encouraging people to refrain from picking up the habit in the first place, and telling them to tell their kids that while smoking may look cool it is only going to kill them and cost them money in the long run (a definitional bad deal for the smoker).

I’m open to suggestions though … because what I saw in Jasper County was yet another example of the unsustainability of our country and culture.

Got something you’d like to say in response to one of our stories? Please feel free to submit your own guest column or letter to the editor via-email HERE. Got a tip for us? CLICK HERE. Got a technical question or a glitch to report? CLICK HERE. Want to support what we’re doing? SUBSCRIBE HERE.
Banner: Lindsay Fox via ECigaretteReviewed.com