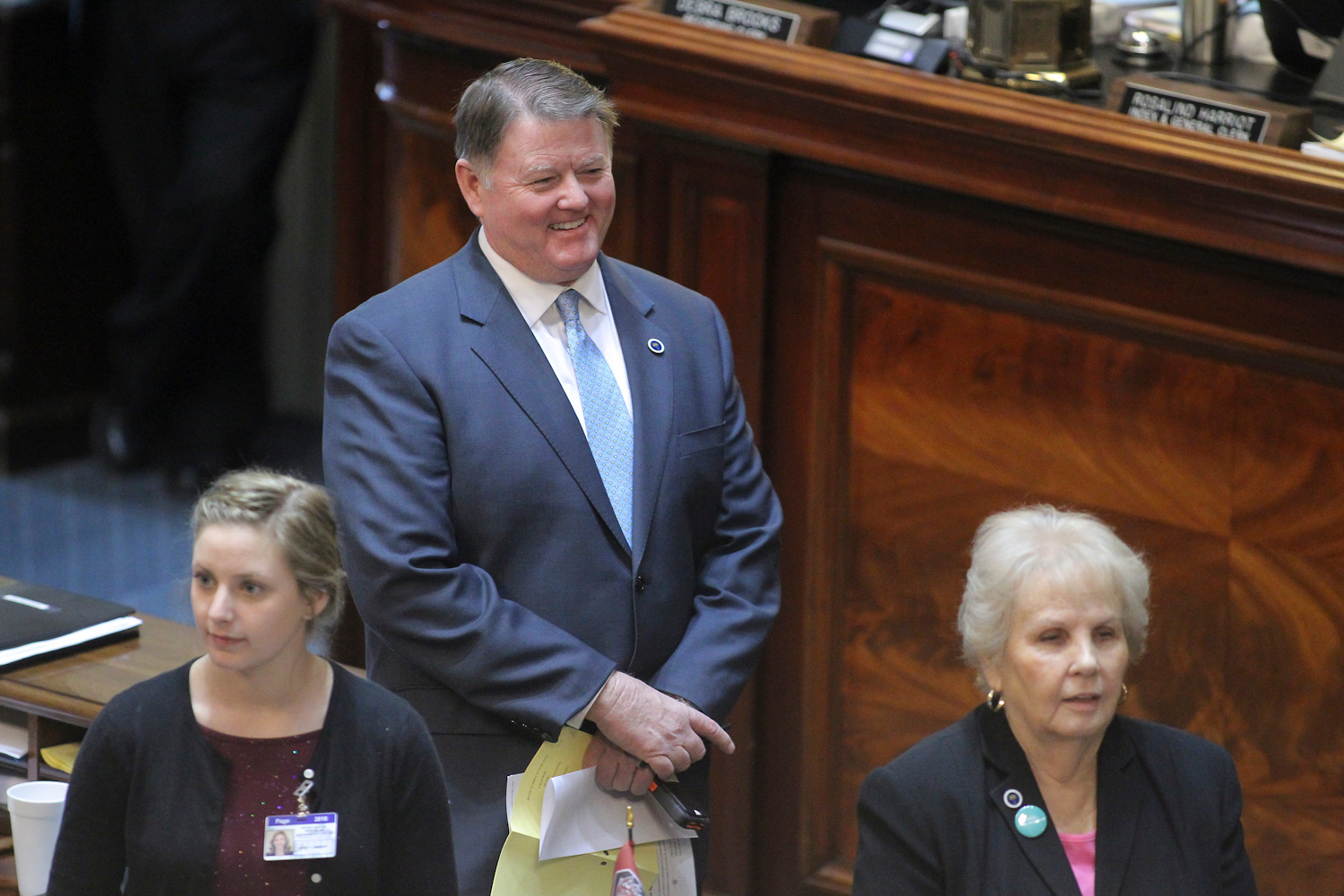 This news outlet has written several stories this month on the recent change in fiscal leadership in the South Carolina House of Representatives.

The surprise ouster of former ways and means committee chairman Brian White has created a rare aura of optimism among taxpayer advocates at the S.C. State House, many of whom believe new chairman Murrell Smith will be more fiscally conservative than his predecessor.

Frankly, Smith would be hard-pressed to be more fiscally liberal than White – whose modus operandi over the last eight years was to spend every dime of new money that flowed into state coffers.

On June 22, 2011, the S.C. General Assembly ratified its spending plan for fiscal year 2011-2012.  This was the first budget featuring White as chairman of ways and means.  Spending that year amounted to $21.9 billion.

On June 29, 2018, the S.C. General Assembly ratified its spending plan for fiscal year 2018-2019.  This is the current budget – and represents the final spending plan crafted while White was ways and means chairman.  This budget topped out at a $28.6 billion – an increase of $6.7 billion (or 30.5 percent) over eight years.

One quick note: The latter figure does not include food stamp money that flows through the scandal-scarred S.C. Department of Social Services (SCDSS).  State lawmakers surreptitiously took this money off of the books in 2014 – when annual expenditures on food stamps in South Carolina totaled around $1.5 billion.

Assuming a reasonable estimate for current food stamp expenditures and we are confronted by a budget that has grown by $1 billion a year for eight years in a row.

Has this flood of new spending improved outcomes in the Palmetto State?  Absolutely not.

South Carolina’s work force (as a percentage of the state’s working age population) is shrinking, while the state’s worst-in-the-nation government-run school system has somehow found a way to get worse.  Income levels have improved modestly, but they trail well behind our neighboring states – and it remains unclear whether the majority of earners are experiencing any real benefit from the gains that have been charted.

Just as the “era of obscenely big government” has been calamatous at the federal level, it has not served South Carolina well either …

Will that change in future budget cycles?

It is important to remember that while the House ways and means panel gets the first crack at the budget each year, powerful Senate finance committee chairman Hugh Leatherman and his Democratic allies still wield tremendous influence over the process.  These fiscal liberals will doubtless seek to restore any spending cuts proposed by the House.

Additionally, Leatherman and his allies will also likely resist any effort to return to taxpayers a $177 million surplus from the previous fiscal year … which is shaping up as the highest-profile fiscal battle of the upcoming legislative session.

Meanwhile, governor Henry McMaster has made it clear his commitment to taxpayers is purely for show … meaning he cannot be counted on to support the House in the event it does make bold moves to slow the growth of government.

In other words, taxpayer advocates probably shouldn’t get their hopes up for the coming year …

Still, the demotion of White, the elevation of Smith and the wholesale recalibration of the House ways and means panel is a good thing … especially if it prompts a long-overdue discussion of the proven inefficacy of spending every new dime of revenue that comes into state government.

For those of you following the budget debate this coming year, here is a list of the new ways and means subcommittee chairs …

Our news outlet will be closely following the work of these subcommittees as they begin the process of crafting a state spending plan for fiscal year 2019-2020.

Our hope?  That budget writers will slow the exorbitant growth of state government over the past eight years and begin – at long last – investing in the Palmetto State’s consumer economy via long-overdue individual income tax relief, market-based education reform and reduced spending on crony capitalist handouts and demonstrably ineffective government bureaucracies.

South Carolina has tried to solve its perpetual problems via bigger government … and failed.

As we have said innumerable times, it is time to try something new.