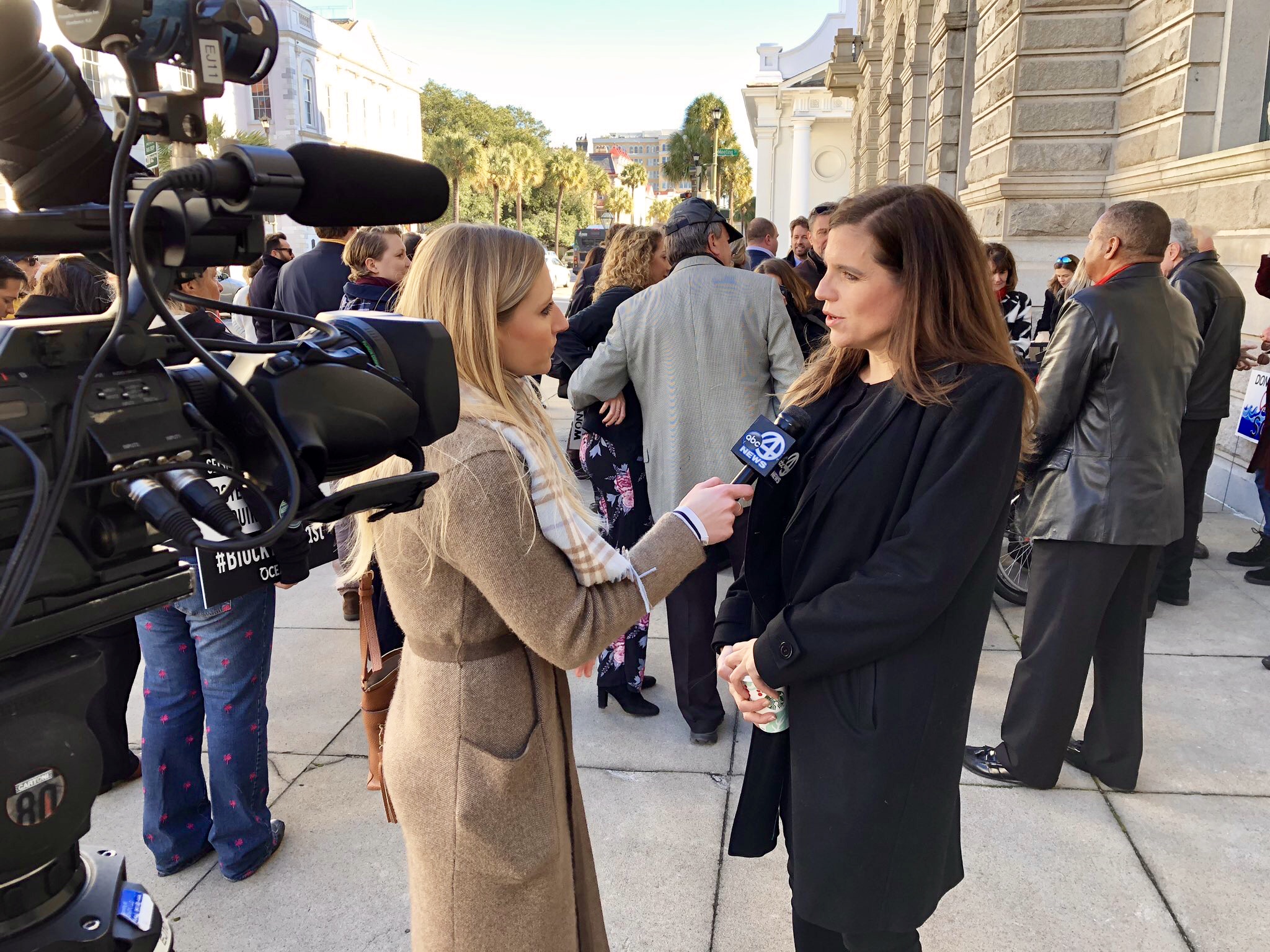 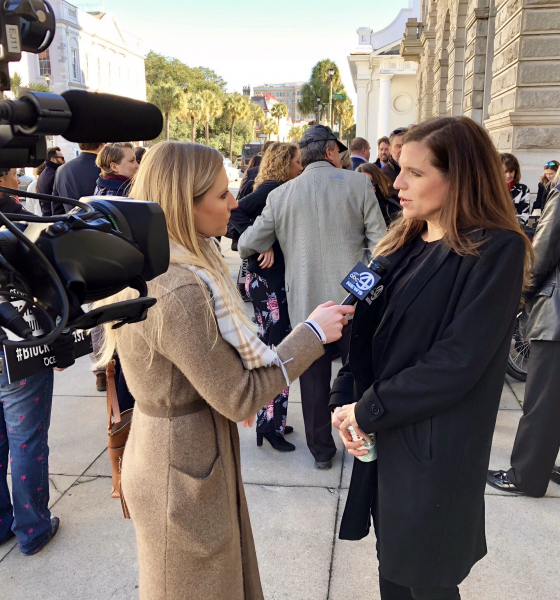 SC1: A Tale Of Two Tacks

Tack left?  Tack right?  Or tack right down the middle …

The event was incredibly well-attended, and was no doubt wildly successful in firing up Arrington’s GOP base ahead of the big vote.

Here is an important question, though: Did Arrington really need to “fire up” backers of U.S. president Donald Trump?  Weren’t they going to turn out for her anyway?

In other words, did Trump Jr. and Guilfoyle (recently tapped as vice chairwoman of a pro-Trump superPAC) succeed in getting Arrington any votes that she wasn’t already going to get?

Did she tack right when she should have tacked more to the center?

We don’t know the answer to that question … 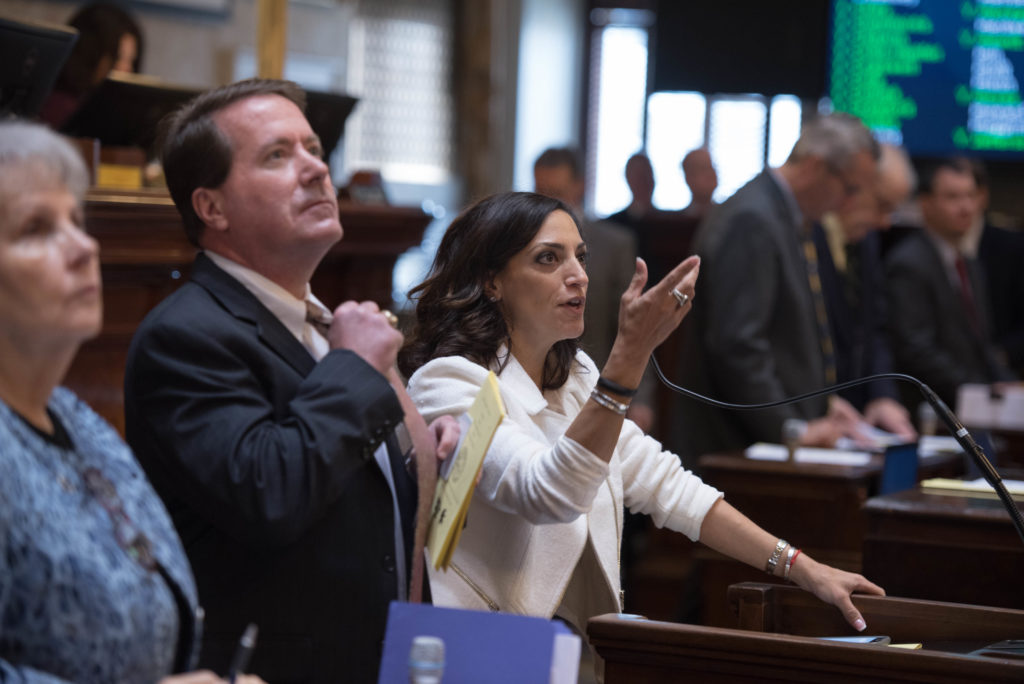 We do know Arrington (above) narrowly lost this district to Democrat Joe Cunningham after being considerably outspent … a defeat that should embarrass national Republicans (who failed to make her campaign a priority in terms of providing financial resources).

But as a GOP field emerges to take another run at Cunningham in 2020, a new prospective candidate for this seat is taking a decidedly different tack.  We are referring to second-term state representative Nancy Mace of Berkeley County, S.C., who easily beat back a rising blue tide in the Palmetto Lowcountry – the same Democratic surge that cost Arrington her seat and nearly knocked off a pair of GOP House members in Charleston County.

Mace cleaned up in her district – vanquishing a well-funded Democratic opponent.

Prior to her entry into public life, Mace’s claim to fame was her status as the first woman to graduate from The Citadel – South Carolina’s government-run military college.  Since then, she is best known for being a key “First in the South” (and later national) staffer on the campaign of U.S. president Donald Trump.

It is curious, then, that Mace is at the forefront of a push against the Trump administration on the issue of offshore drilling.

In addition to appearing on the cover of The Washington Post earlier this year rallying against drilling, Mace appeared earlier this week at an anti-drilling event alongside … Cunningham. 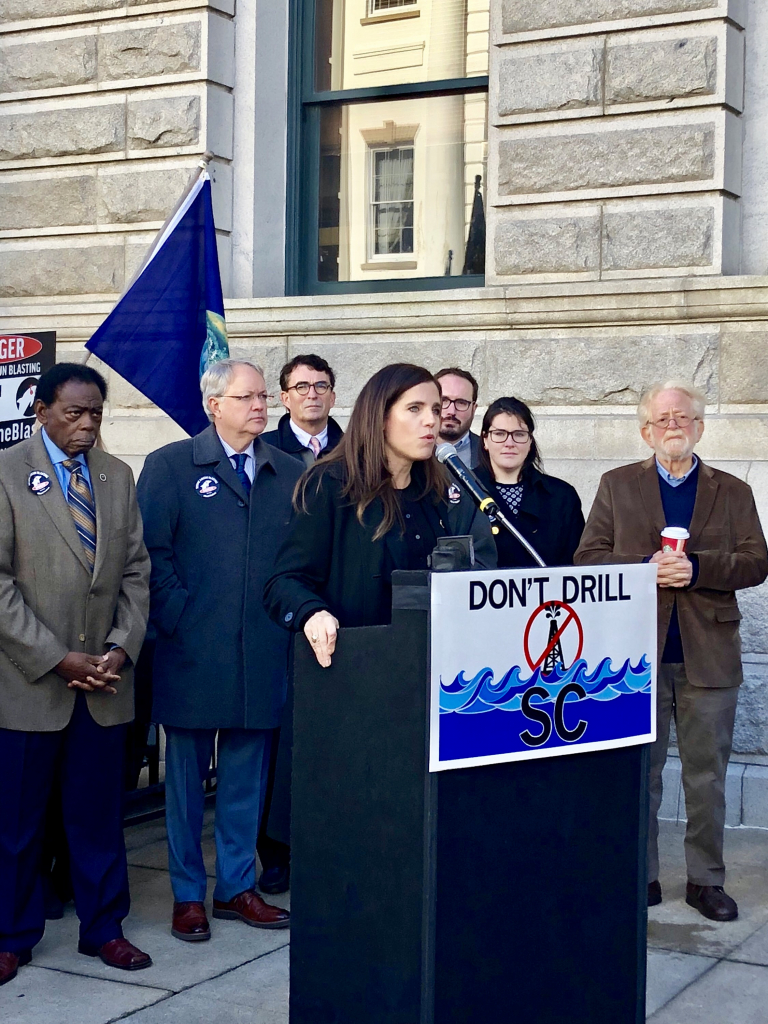 In fairness, Mace and Cunningham were not necessarily collaborators at this press conference.  Both were invited to attend by the group sponsoring the press conference – a liberal environmental outfit seeking to use lawsuits as a means of blocking offshore testing, the first stage in determining the amount of recoverable crude oil and natural gas off of South Carolina’s coastline.

Still, the optics were hard to miss …

Meanwhile, in fairness to Arrington she made it clear throughout her campaign that she, too, opposed offshore drilling – going so far as to meet with U.S. vice president Mike Pence to express the Lowcountry’s reservations regarding the issue.

But Arrington certainly didn’t seek out ground as a moderate in the 2018 race – embracing Trump right up to the end – even though her position on certain fiscal issues (including her support for a 2017 gas tax increase) could have easily positioned her at the center of the state’s political spectrum.

Which would have been solid gold real estate in this district …

As for Mace, her appearance alongside Cunningham signals that she is already eyeing centrist ground in anticipation of a 2020 challenge.

In January, Mace won a special election for S.C. House District 99 (map).  Last month, she won her first full term in office.  In both of those races, she focused almost exclusively on local issues – notably infrastructure – but as she eyes a possible congressional bid her view appears to be broadening.  Diversifying.

Mace, 41, has plenty of upside in a hypothetical general election matchup against Cunningham.  As we noted in assessing her congressional prospects last month, she has what we call “full-spectrum potential,” i.e. the ability to bring in voters from varying ideological backgrounds (or the ability to “check off all the right boxes on all the right issues”).  This makes her, as we noted in our coverage, “well-positioned to appeal more broadly to the new demographic in this district … the ideal sort of candidate for a general election.”

If a candidate cleans up with those four diverse demographics, they win … and Mace has made impressive inroads when it comes to all of those voting blocs.

The question is whether success in one bloc invites failure in another?

Or to put it another way … can Mace walk the tightrope?

Also, before appealing to any “new demographic” in a general election, Mace must first navigate the old demographic – namely a crowded, combative GOP primary.

Which raises the question: Does standing next to a candidate who just defeated the GOP nominee in an incredibly tight election help her chances in a Republican primary?  Especially a primary that is likely to feature that nominee making a repeat bid for this seat?

Obviously it is way too early to say … but these are story lines we will be following closely in the months to come as aspiring Republican candidates in the first district begin jockeying for position.