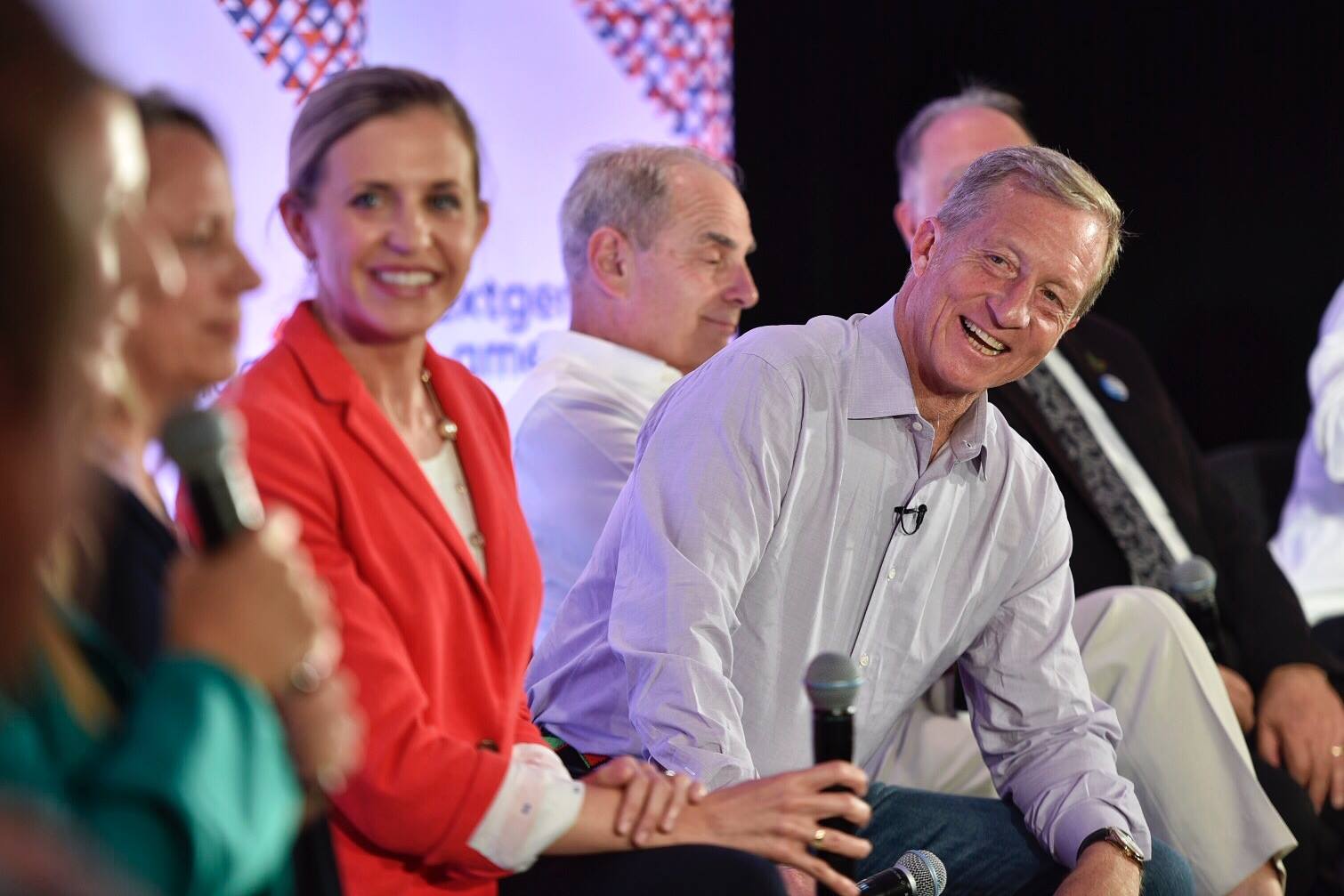 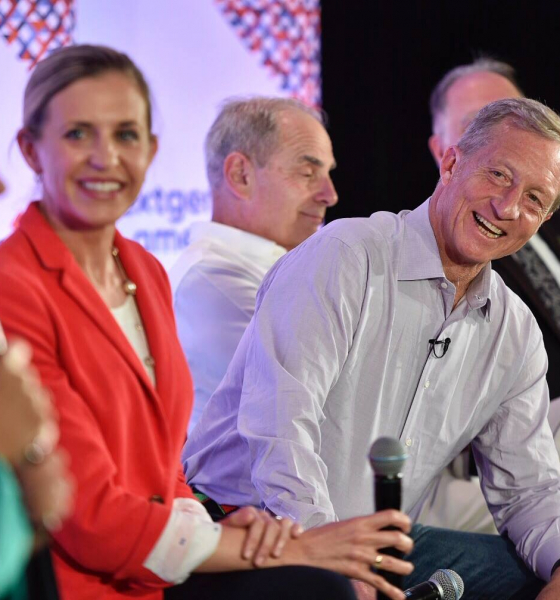 Tom Steyer is coming to Charleston …

Liberal billionaire Tom Steyer will travel to South Carolina next month as part of his informal 2020 presidential exploratory efforts.

According to reporter Meg Kinnard of The Associated Press, the 61-year-old impeachment advocate will bring his “five fundamental rights” campaign to Charleston, S.C. in December – the first stop on a five-city swing.

Steyer – who runs the liberal advocacy group NextGen America – has plowed tens of millions of dollars into his activism over the past two election cycles, focusing on voter registration and the environment in addition to keeping up the impeachment drumbeat.

Steyer’s five fundamental rights are “equal voting,” “clean air and water,” “health,” “the right to learn” and “a living wage.”

“These rights are fundamental to our shared belief in the promise of America, a promise of the freedom and power to pursue our dreams and earn a fair share of this country’s vast wealth,” Steyer said in a news release announcing his tour. “A hostile takeover of our democracy by large corporations and their enablers in politics has eroded that promise, and we must act to reclaim that power and put it back in the hands of the American people.”

Steyer is the founder and former co-senior managing partner of Farallon Capital and the co-founder of Onecalifornia Bank, now Beneficial State Bank of Oakland, California.  He is worth an estimated $1.6 billion as of September 2018, according to Forbes.

How will Steyer’s brand of über-liberal California politics be received by Palmetto State Democrats?  That remains to be seen …

Certainly he would seem to occupy a spot on the far left flank of the the current crop of aspirational Democratic presidential contenders – a field already staking out ground on the extreme left of the American political spectrum.

To his credit, Steyer is framing his liberal message far better than most candidates … affirmatively embracing five positive outcomes.

Seriously: Who doesn’t want their vote to count?  Or a pristine environment?  Or good health?  Or positive academic and economic outcomes?

The question is how do we get there … and our guess is Steyer’s plan would involve taking the demonstrably failed approaches of former U.S. president Barack Obama and putting them on steroids.

Having said that, he and his supporters are always welcome to share their ideas with our readers whenever they travel to the Palmetto State … even if we suspect our editorial response will be one of bemusement intermingled with incredulity.

Got something you’d like to say in response to one of our stories? Please feel free to submit your own guest column or letter to the editor via-email HERE. Got a tip for us? CLICK HERE. Got a technical question or a glitch to report? CLICK HERE. Want to support what we’re doing? SUBSCRIBE HERE.
Banner: NextGen America