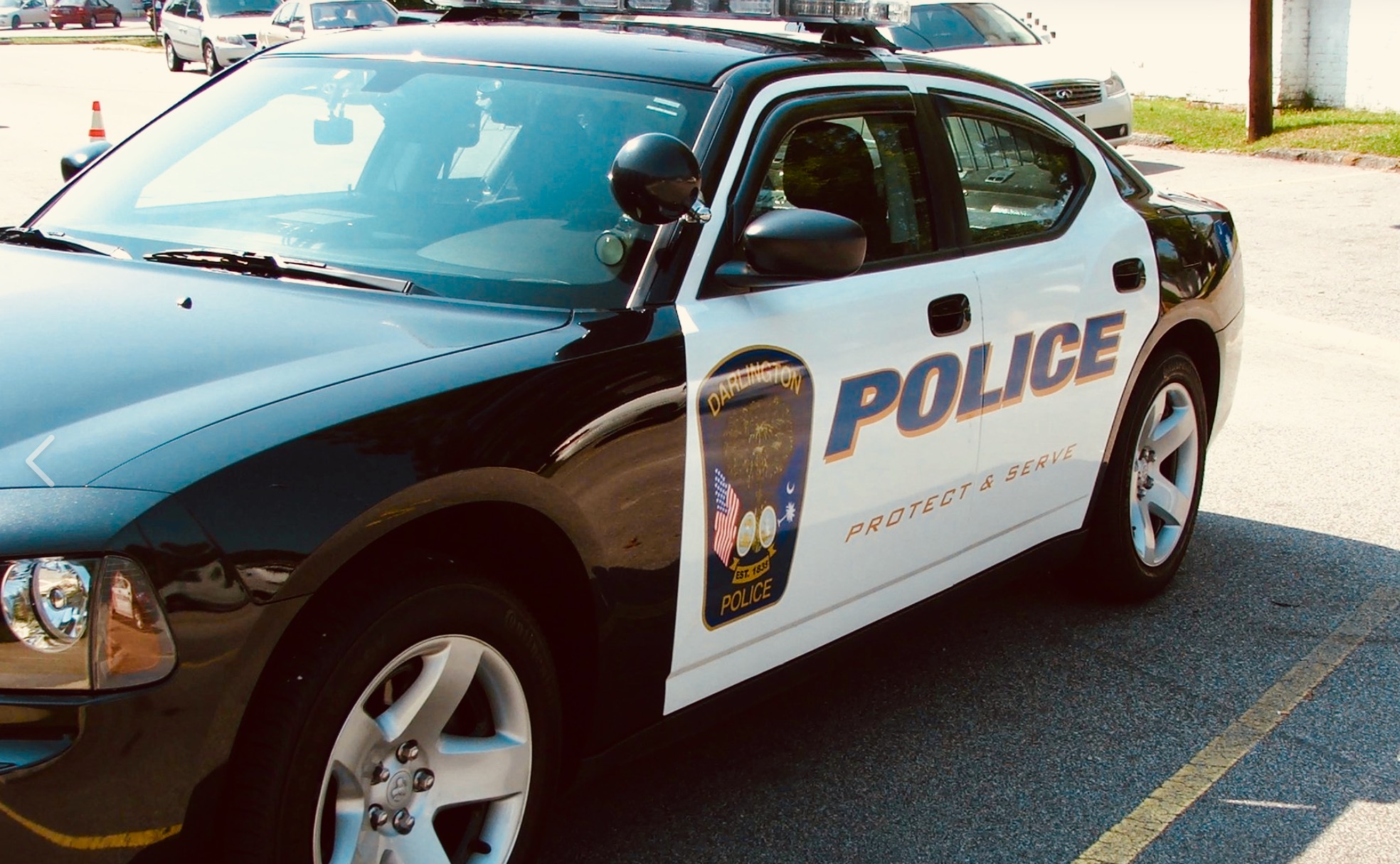 Last July, this news outlet reported on the curious case of dozens of guns reported stolen from the town of Darlington, South Carolina’s police department headquarters.

“According to our sources, the as-yet-unidentified, un-apprehended robbers made off with nearly three dozen guns and assorted ammunition,” we reported at the time.  “Several tasers were also taken.”

In the aftermath of this heist – which remains unsolved sixteen months later – we noted that Darlington police were being less than forthcoming about the incident, which is currently under investigation by the town with assistance from the S.C. State Law Enforcement Division (SLED) and the U.S. Bureau of Alcohol Tobacco Firearms and Explosives (ATF).

Specifically, police refused to release a list of the weapons that were stolen.

This news outlet has now obtained the list, which was actually included in a law enforcement advisory distributed to various police forces shortly after the break-in last July.  According to the list (below), 33 firearms were stolen – including five Bushmaster assault rifles (the AR-15s).

The makes, models and calibers of the weapons were included on the list we were provided, but the serial numbers were redacted. 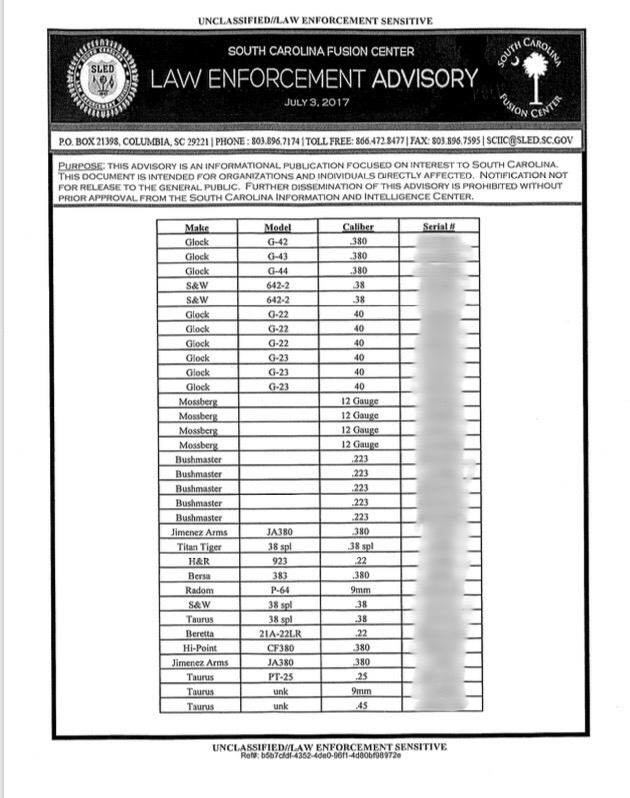 As you can see, four twelve-gauge shotguns, nine Glock pistols and other assorted rifles and handguns were included in the haul, which reportedly contained a mix of government-issued firearms as well as guns previously seized by the police department that were scheduled to be destroyed.

The advisory accompanying the list referenced the guns as having been taken by “an unknown suspect,” and urged any law enforcement agency with information related to the crime to contact the Darlington police department.

Our sources at ATF have confirmed that the missing gun registry included on the July 2017 law enforcement advisory is authentic, however they declined to comment on the status of the investigation.  Nor would they tell us whether any of the missing guns have been recovered.

Sources at the SLED similarly declined to comment about the investigation, referring to it as “ongoing.”

Stay tuned … nothing about this robbery has ever made much sense to us, and our sources in the Pee Dee tell us there is a good reason for that.

We will keep digging and report back to our readers what we are able to uncover.  In the meantime, our guess is the release of this registry will revive local public safety concerns over the danger these missing weapons pose to the community.

Got something you’d like to say in response to one of our stories? Please feel free to submit your own guest column or letter to the editor via-email HERE. Got a tip for us? CLICK HERE. Got a technical question or a glitch to report? CLICK HERE. Want to support what we’re doing? SUBSCRIBE HERE.
Banner: Darlington Police Department

Clemson Sorority Told To Shut Down