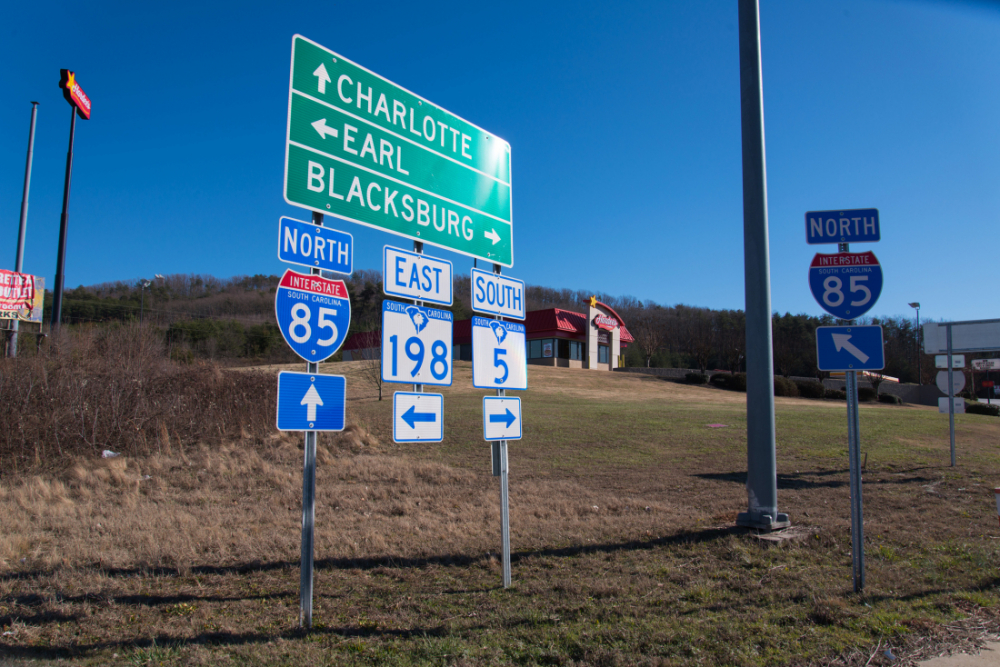 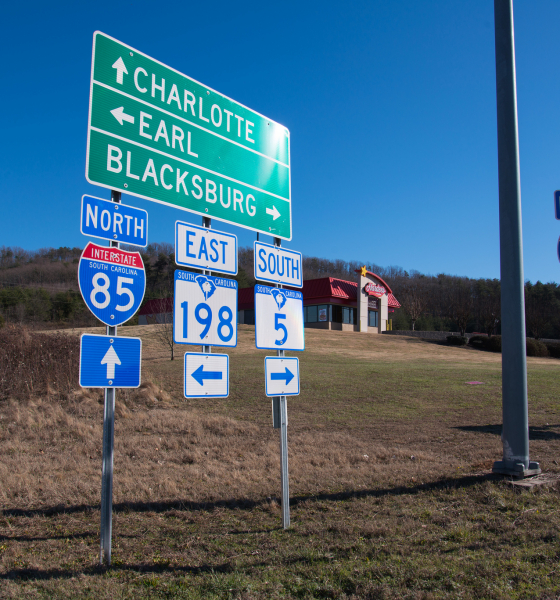 Jurisdictional issues raised in connection with town’s claims to roadway …

This road – which years ago was in such terrible shape it couldn’t even be repaved – has been undergoing a series of repairs recently, most of them over-budget and behind schedule thanks to the ongoing incompetence of the S.C. Department of Transportation (SCDOT).

In Greenville county, the so-called “Gateway Project” – with a price tag approaching $250 million – is at least eight months behind schedule and $10 million over budget.  And that’s just for two new interchanges and related roadway improvements.

Meanwhile in Spartanburg County, entire sections of Interstate 85 had to be shut down beginning last October because the roadway needed to be completely reconstructed.  That mess is just now beginning to clear up.

Finally in Cherokee County, several widening, repaving and interchange reconstruction projects are either underway or scheduled to begin next year with an anticipated completion date of November 2021.

All of these projects are intended to make this vital business corridor between Charlotte and Atlanta passable for motorists … and we certainly hope that is the end result.

Cops, courts, roads and bridges are core functions of government, and we believe these functions should be funded adequately and managed efficiently and transparently.

Unfortunately, that rarely happens in the Palmetto State …

While SCDOT continues its work on Interstate 85, a debate is raging over law enforcement jurisdiction along the road – and specifically tickets issued thereupon by the Blacksburg, S.C. police department. 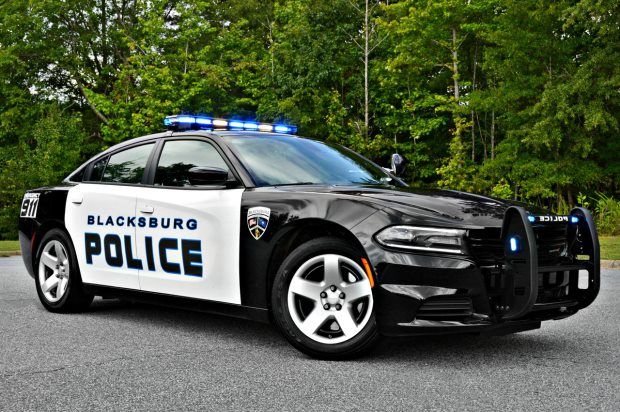 Blacksburg is a town of approximately 1,800 located about 45 miles southwest of Charlotte, North Carolina – just south of the North Carolina-South Carolina border in Cherokee County.

According to one of our tipsters, the town has been issuing speeding citations along Interstate 85 – tickets which “may very well need to be thrown out” due to questions over the town’s jurisdiction along the highway.

Blacksburg’s town limits – which you can see on the map below – extend northwest from the center of town to incorporate the land in and around exit 102 on Interstate 85. 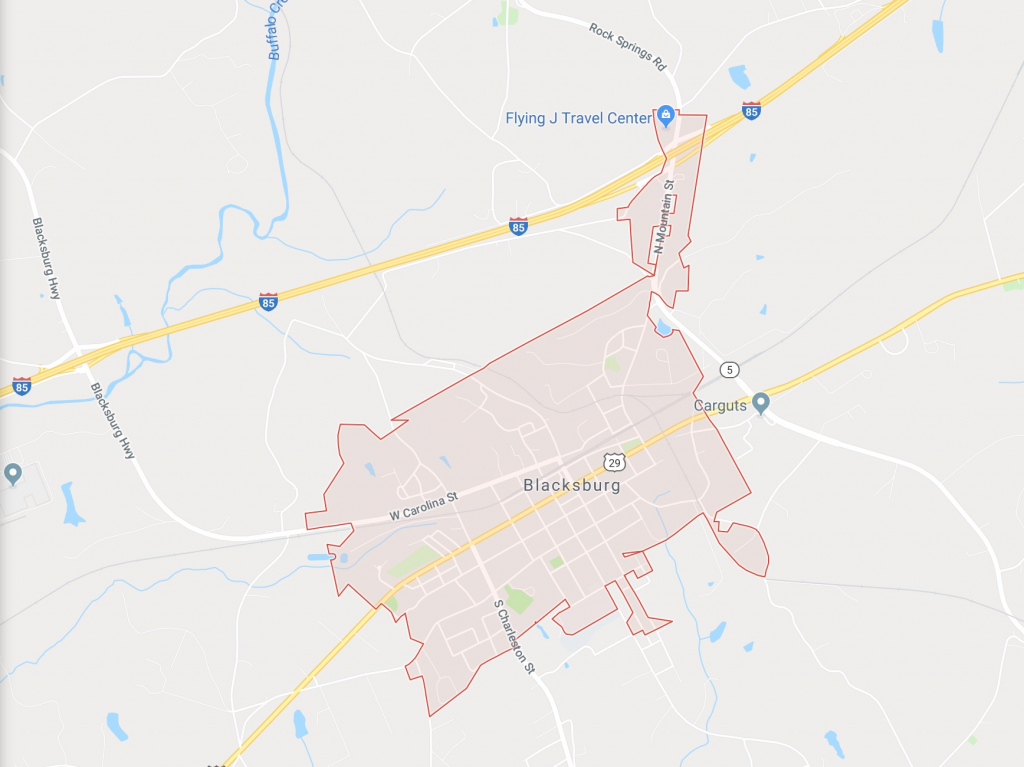 According to Blacksburg police officials, though, the town claims jurisdiction over an even longer stretch of the road – from the Broad River (which cuts through the center of Cherokee County) to Exit 106, which is roughly 1,000 feet from the North Carolina-South Carolina border. 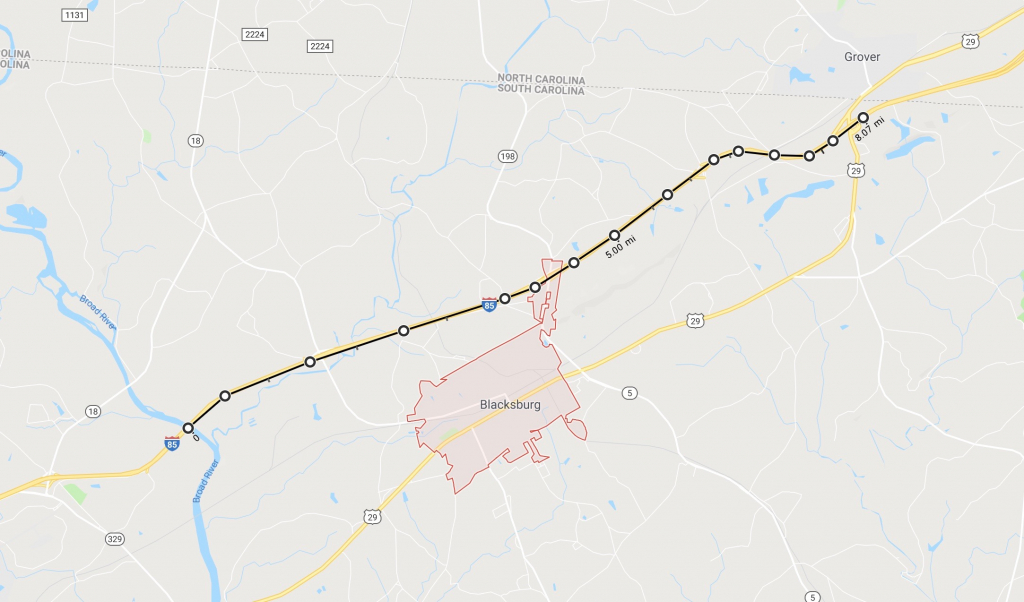 Blacksburg police tell us this jurisdiction has been “upheld in general sessions court,” which strikes us as another way of saying no one has tried to appeal one of these tickets beyond the local magistrate.

That could change soon …

“It seems weird that town police can write tickets outside of their municipality,” one of our sources said, adding that “only exit 102 is within their town limits.”

That certainly seems to be the case (we checked SCDOT maps just to be sure) … and it certainly is “weird.”

Is it legal, though?

If Blacksburg police clock motorists speeding through the interchange that falls under their jurisdiction, it seems reasonable that they ought to be able to pursue the offending driver beyond the town limits and issue a citation for the alleged offense.

But what about tickets issued for violations that allegedly occur outside of Blacksburg’s town limits?

In that case, it would seem as though the motorist would have a compelling case to make against the town.

To be clear: We do not have a dog in this fight.

With S.C. Highway Patrol (SCHP) trooper levels at disturbingly low levels across the state, we have no problem with local law enforcement assets pitching in – assuming their goal is to promote public safety, not to “police for profit.” Also, local law enforcement assets must never neglect their core mission of protecting and serving the citizens of their respective counties or municipalities – which is what town taxpayers pay them to do.

Our guess is jurisdictional questions like this are not unique to Blacksburg … in fact, we would encourage our readers to let us know if they are aware of similar situations in other parts of the state.

In the meantime, we will have to see what happens when (and if) one of these tickets is challenged outside of general sessions court …

Got something you’d like to say in response to one of our stories? Please feel free to submit your own guest column or letter to the editor via-email HERE. Got a tip for us? CLICK HERE. Got a technical question or a glitch to report? CLICK HERE. Want to support what we’re doing? SUBSCRIBE HERE.
Banner: SC Road Signs