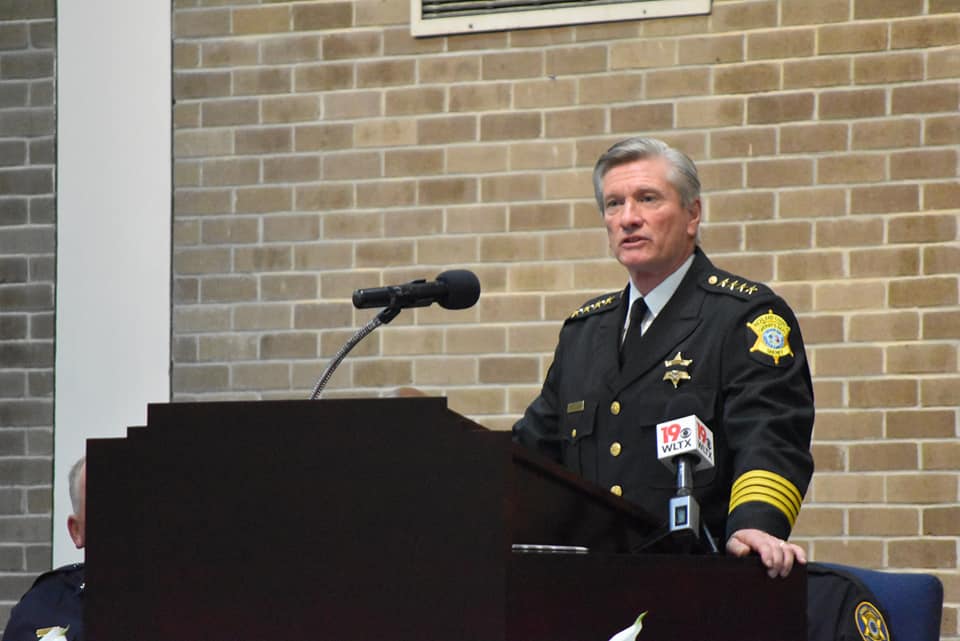 Detectives with the Richland County, South Carolina sheriff’s department will be taking over an investigation into alleged death threats made against the sheriff of Florence County, Kenney Boone.

According to our sources, agents of the S.C. State Law Enforcement Division (SLED) called off their preliminary inquiry into the case on Friday after learning Boone had also asked Richland County to investigate death threats allegedly made against him earlier this week by Alex Curlington, the ex-husband of Boone’s fiancée Anna Hovey.

These alleged threats were exclusively reported by this news site three days ago (and followed up upon with another report here).

On Monday, July 16, SLED assigned agents to begin a preliminary inquiry into an allegation from Florence County Sheriff Kenney Boone that he had been threatened.  We held initial conversations with Sheriff Boone that day. Our work progressed Tuesday and Wednesday with interviews. We have learned that he also asked the Richland County Sheriff’s Department to investigate the same allegation.  Therefore, SLED will close its preliminary inquiry to avoid duplicating the efforts of the Richland County Sheriff’s Department.

Frankly, this strikes us as highly irregular …

What jurisdictional authority does Richland County have in this case?  Does it have some sort of memorandum of understanding (MOU) with Florence County?  Also, if Boone specifically picked its detectives to handle the investigation, can the public trust them to be impartial?  We’re not questioning the integrity of sheriff Leon Lott or his officers, we’re simply saying it would look pretty bad if the department hand-picked by Boone to handle this case yielded an outcome favorable to him.

Even if everything about the investigation were conducted appropriately, its outcome could still be called into question.

To recap: Boone was allegedly threatened shortly after 7:00 p.m. EDT on Sunday at 418 Chatham Place in Florence – which is where he and Hovey have been living with her children.  Readers of this news site will remember Hovey and Boone’s relationship sparked considerable discussion in the Pee Dee region of the state two years ago.  Boone proposed to Hovey earlier this summer.  The two are to be married next month in Florence.

Oh, and the following month Boone’s agency is set to appear on Live PD.

Threatening the life of a public official is a felony in South Carolina, with violators facing up to five years in prison..

Got something you’d like to say in response to one of our stories? Please feel free to submit your own guest column or letter to the editor via-email HERE. Got a tip for us? CLICK HERE. Got a technical question or a glitch to report? CLICK HERE. Want to support what we’re doing? SUBSCRIBE HERE.
Banner: RCSD