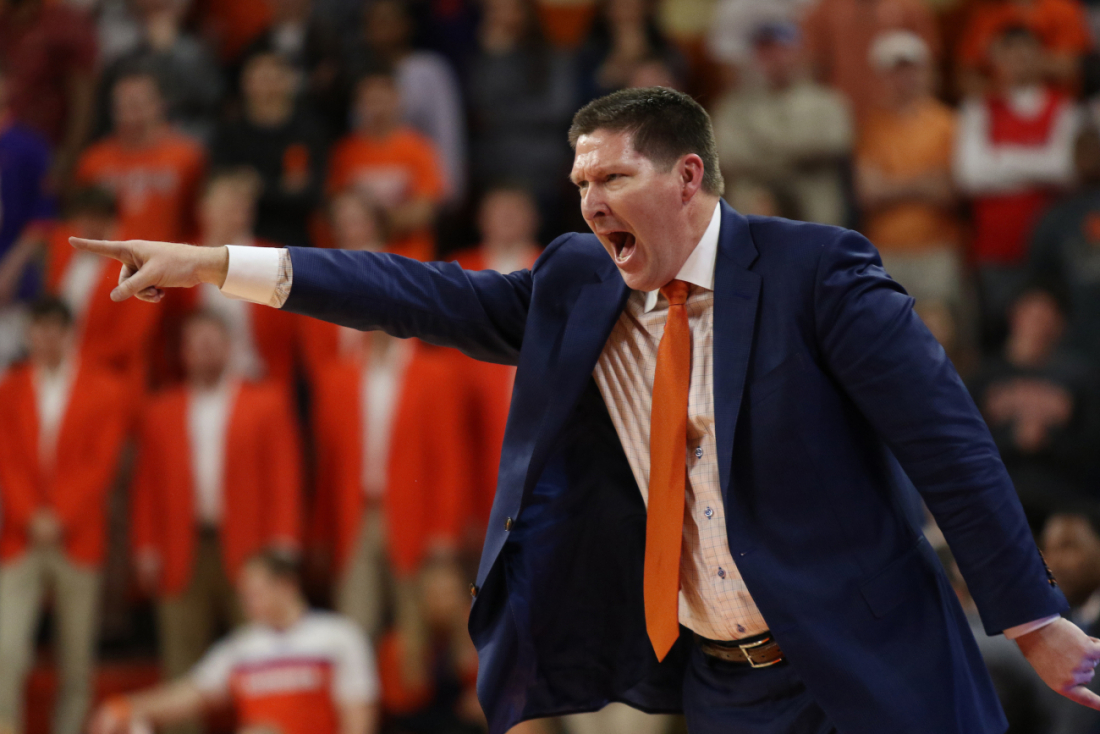 What a difference a year makes …

After nearly losing his job last spring, Clemson University men’s basketball head coach Brad Brownell has been awarded a six-year, $15 million contract extension that will keep him in Tigertown through 2024.

In terms of base salary, the deal will pay the 49-year-old head coach $2.3 million per year – up from the $1.6 million he was previously making.  The contract also includes a host of incentives if Brownell’s teams perform well in the ACC and NCAA tournaments.

Brownell was previously under contract through the end of the 2021 season.

“We have a tremendous amount of momentum and excitement in our basketball program and that is a testament to Brad’s leadership,” Clemson athletics director Dan Radakovich said. “This new agreement demonstrates to Brad our continued strong commitment and support to him, his assistant coaches and to our basketball program.”

Brownell’s 2017-2018 squad – which was picked to finish 13th in the ACC – wound up finishing third in the conference and reaching the semifinals of the ACC tournament.   According to Clemson’s sports information office, “the 10-spot differential from preseason poll ranking to final finish in the regular season standings is the largest in ACC history.”

The Tigers (25-10, 11-7 ACC) also advanced to the NCAA tournament for the first time since the 2010-2011 season – Brownell’s first at Clemson.  There, they advanced to the Sweet Sixteen before falling to No. 1-seeded Kansas.

Brownell’s teams have also won two in a row against arch-rival South Carolina, although he has yet to break the Tigers’ record run of futility against ACC rival North Carolina.

Overall, Brownell has posted a 149-113 mark in eight years at Clemson – including a 67-73 record against conference opponents.  His teams have made the NCAA tournament twice.

In addition to his success on the court last season, Clemson praised Brownell for being “instrumental in the fundraising for the Littlejohn Coliseum renovation project, helping spearhead the $63.5 million renovation to the basketball program’s home arena.”

The updated Littlejohn Coliseum opened its doors in October of 2016.

“I’m extremely thankful and blessed to have the opportunity to coach at this great University,” Brownell said.  “I’m also grateful for the outstanding young men I’ve coached and for the dedicated assistant coaches and staff who’ve worked alongside me the past eight years. I’m proud of what we’ve been able to accomplish, both on and off the court, and look forward to building upon the success of last season.”