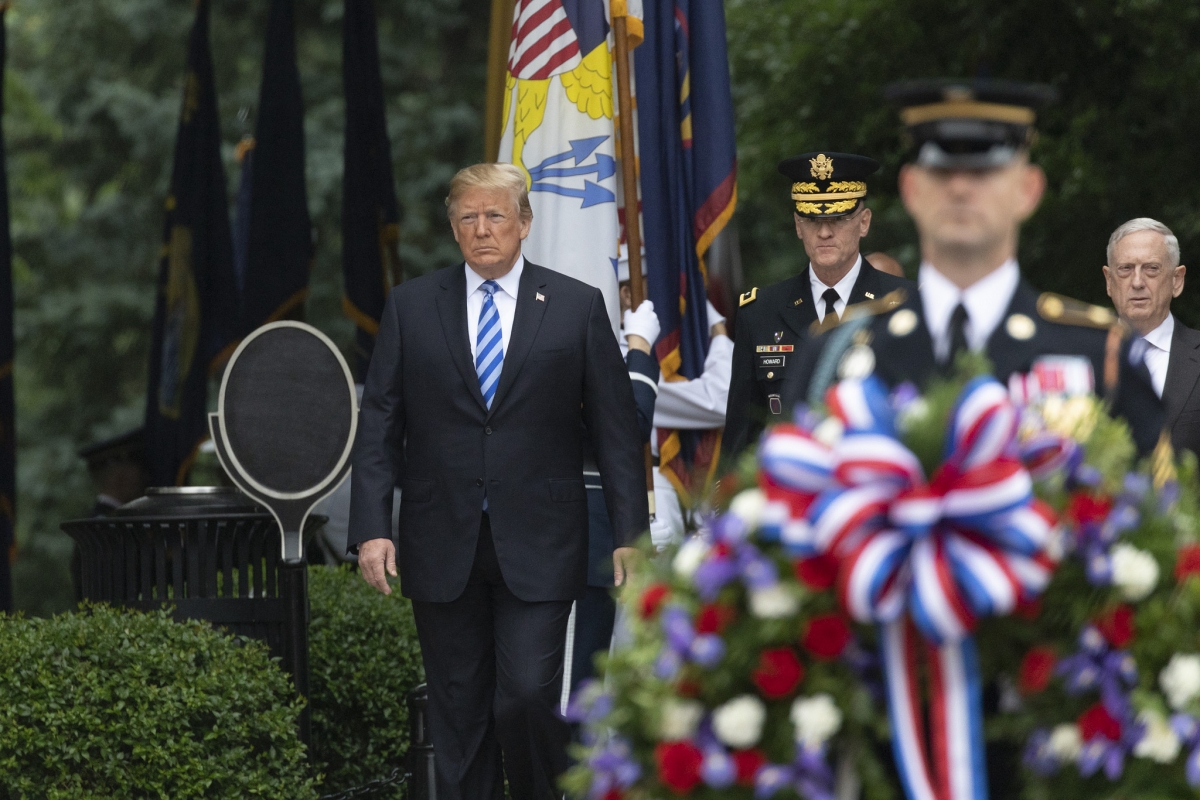 Shortly after 4:00 p.m. EDT, Trump tweeted his support for Arrington – who shocked the political world (but not us) with her upset victory over the well-funded incumbent, who prior to yesterday had never lost an election in a quarter century of campaigning for office.

Who really helped who, though?  And what are the long-term impacts of Trump’s support for Arrington’s candidacy?   Also, why did it take so long for Trump to get into the game?

Theories abound on all of these questions …

The prevailing view on the latter question is that Trump – just returning from a historic summit with North Korean dictator Kim Jong-un – was simply preoccupied with (much) more pressing matters than a South Carolina congressional race.

Sources familiar with the situation tell a different story, though.

We’re told Trump had been mulling an endorsement of Arrington for several weeks, but declined to pull the trigger because he didn’t think she was going to win.  In fact, we’re told Trump didn’t decide to launch his “Mark Sanford is better off in Argentina” tweet until exit polling had confirmed that an Arrington upset was in the works.

“He didn’t want her winning without his seal of approval,” one strategist tracking the race told us.

Another theory is that Trump has an ongoing beef with Michael Biundo, one of the operatives hired by Arrington to help run her insurgent campaign.

A staffer on Trump’s 2016 presidential run, Biundo reportedly coveted a job in the West Wing following Trump’s upset win over Hillary Clinton.  When he did not receive an invitation to 1600 Pennsylvania Avenue, he is said to have made his displeasure widely known … thus infuriating the president.

Whatever delayed Trump’s endorsement … what was (is) its impact?

We’ve spoken with several strategists who believe its impact was negligible (i.e. they believe Arrington was going to win the race regardless).  Others have told us Trump’s tweet was indispensable, driving additional turnout during the final critical afternoon rush.

“At the very least he pushed her over the threshold to avoid a runoff,” one strategist following the race told us.

In South Carolina, partisan primary races in which no candidate receives more than fifty percent of the vote advance to a head-to-head runoff election between the top two vote-getters.  Had Arrington missed this threshold, she would have had to go up against Sanford again on June 26.

Instead, she is now locked in a general election battle against an attractive, well-funded Democratic candidate named Joe Cunningham.  The liberal environmental lawyer cleared his own primary hurdle on Tuesday, and is hoping a “blue wave” this November will carry him to victory and flip this seat back to the Democrats after nearly four decades of “Republican” control.

How will Trump’s endorsement play in this race?  Good question … but the fact Sanford (right up until the very end, anyway) campaigned as a staunch #NeverTrumper ought to give you a hint.