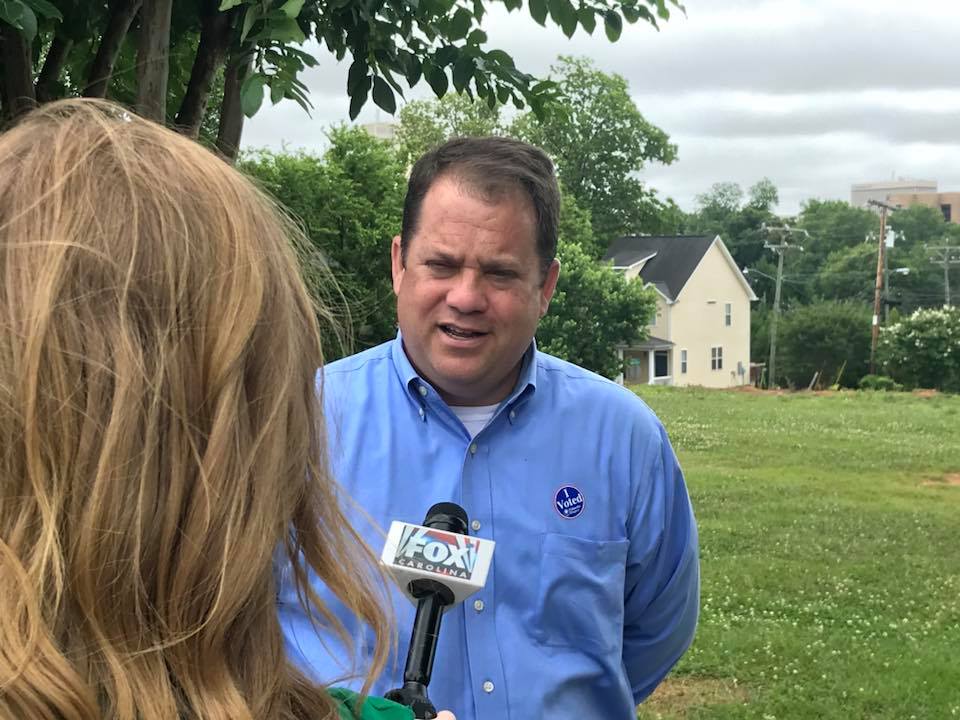 Former state senator Lee Bright led the field on Tuesday night and has qualified for a “Republican” runoff election in South Carolina’s fourth congressional district (map).  Beyond that, your guess is as good as ours.

Chaos reigned in Greenville County, S.C. on election day, including nearly three dozen voting machines that broke down … and may have impacted the outcome of the election.

“They had to get (technicians) to get into the memory to recover the votes because there were no paper backups,” a source close to the situation told us.

The machines failed due to a “software problem,” according to local election director Conway Belangia.  However the embattled official insisted in an interview with WSPA TV 7 (CBS – Spartanburg, S.C.) that no votes were lost.

These voting machine irregularities did result in long lines at the polls, though, as well as lengthy delays in reporting.

There were also issues in Spartanburg County, which has yet to release its precinct-by-precinct totals.

That means there will be a mandatory recount of every ballot cast in this contest.

Who knows what that recount will reveal …

In the meantime, Bright is moving forward with his campaign – drawing a contrast between his fiscally conservative record in Columbia, S.C. and the proximity of his likely opponent to uber-liberal “Republican” U.S. senator Lindsey Graham.

“We are proud of the first place finish tonight and look forward to the next two weeks,” Bright said. “Voters in this race has a clear choice between my conservative record and an establishment backed candidate in the mold of Lindsey Graham.”

While Bright is clearly the more conservative choice – for both fiscal and social voters – Timmons would have a geographic advantage in the runoff election, assuming he is indeed the candidate who advances to the next round.

As we noted in prior coverage, the fourth district is dominated by Greenville – which is Timmons’ hometown.

If Timmons can consolidate support in Greenville, he has a chance of leapfrogging Bright.  Of course as we have previously chronicled, that will be easier said than done.