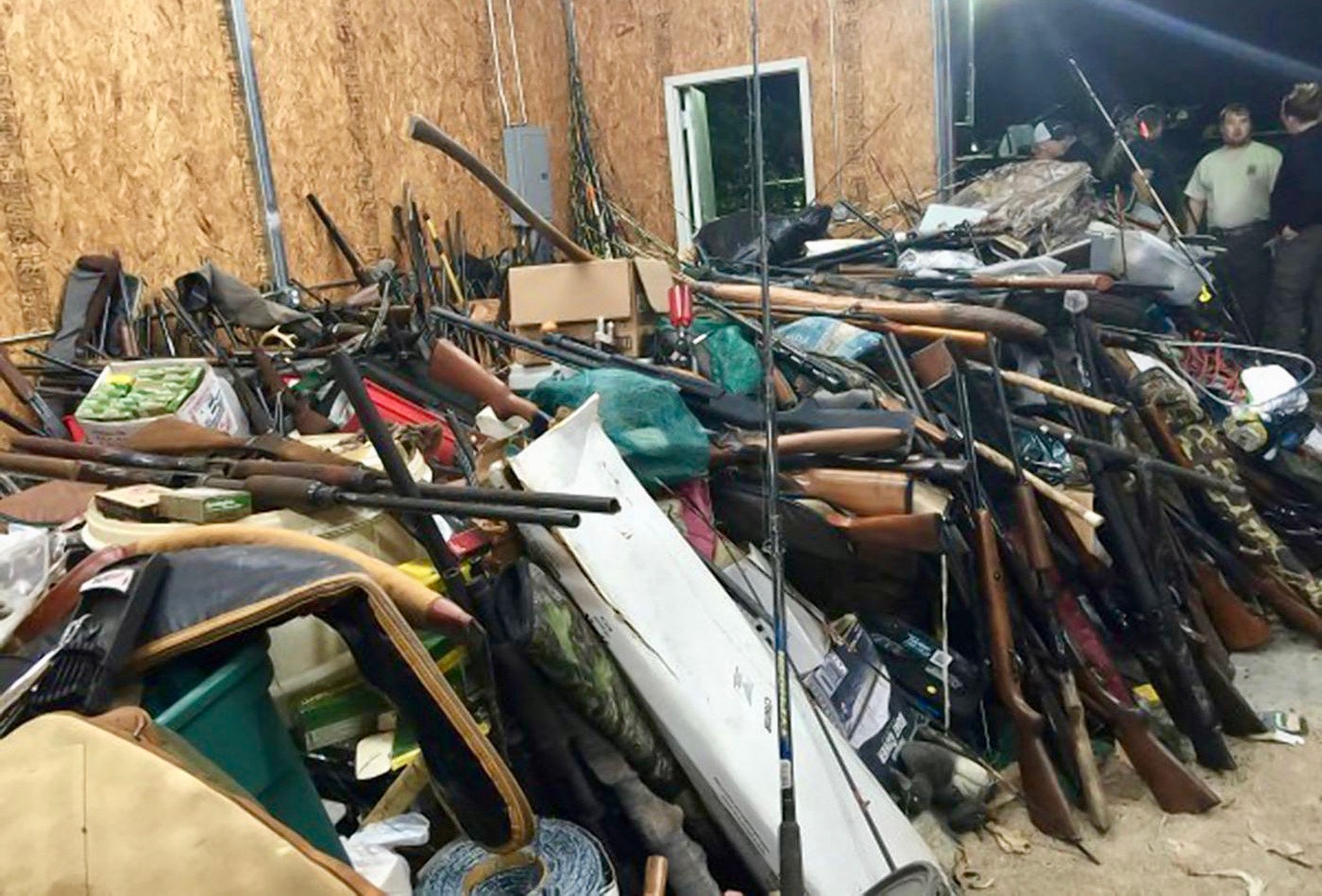 In November of 2015, this news site ran a story on a dubious gun bust in Chesterfield County, South Carolina.

Acting on a “tip,” local sheriff’s deputies, agents of the S.C. State Law Enforcement Division (SLED) and officers with the U.S. Bureau of Alcohol, Tobacco, Firearms and Explosives (ATF) descended upon a residence in Pageland, S.C. – seizing nearly 9,000 guns.

The raid made national news … and was hailed by local cops as being of critical importance in solving numerous unsolved crimes.

Nicholson ultimately pleaded guilty in connection with the case, but questions as to why he was targeted in the first place – and how the case against him was managed – persist to this day.

First, we don’t think it was ever on the level.  Deputies went to Nicholson’s residence in October 2015 to serve him with a subpoena and, upon arrival, claim to have observed “stolen goods” on the property.  That’s when they obtained a warrant and called in the cavalry.

Things went downhill from there …

Shortly after news of the raid broke, it was revealed that Chesterfield deputies used inmate labor to help them with the massive cache of guns.

That’s right, deputies sprung ten inmates from the local jail to help them sort through the evidence … which included loaded weapons.

We are also concerned that despite a court order mandating the return of Nicholson’s property (valued at anywhere from $500,000 to $1.3 million), he still hasn’t gotten his guns back.

Not only that, several key pieces of evidence in the case – including Nicholson’s gun records – are reportedly still missing.

What happened to these records?  Good question.

Earlier this month, our news site obtained multiple videos taken from inside Nicholson’s residence during the 2015 raid.  According to our sources, these videos were never supposed to see the light of day.  In fact, they were supposed to have been provided to Chesterfield County sheriff’s deputies as part of an “unofficial” addendum to the plea deal he reached.

Here is one of the videos we were provided …

Of note, at the 28-second mark of this clip, one of the Chesterfield County sheriff’s employees mentions a “book” containing records for all of the guns found on the property.

“Those are the records over there,” one sheriff’s employee said.

“Records for what?” one of his colleagues asked.

This news site has also learned that some of the guns obtained in this raid were purchased by Nicholson from one of sheriff Brooks’ relatives – which certainly adds an element of intrigue to the missing records.

To be clear: We have no idea who Nicholson is – or why he had nearly 9,000 guns at this particular residence.  And obviously he entered a guilty plea in connection with this case, so he has accepted at least some measure of culpability in the matter.

Who knows?  Maybe he deserves the fate that has befallen him …

Whatever Nicholson deserves, though, this raid continues to bother us.  Not just how it was initiated and executed … but also the ongoing fallout.

Stay tuned … more to come on this story …