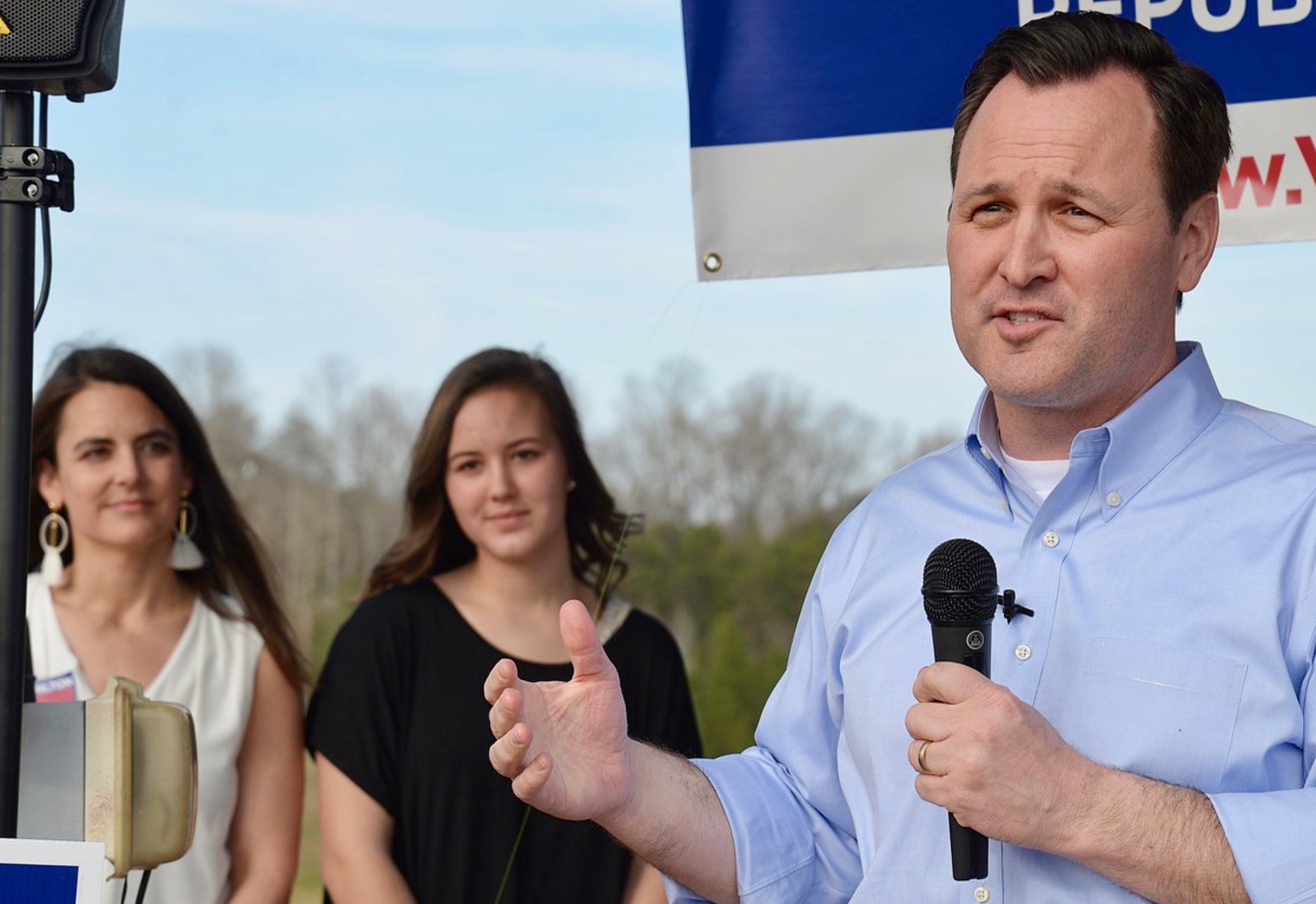 South Carolina state representative Dan Hamilton has launched a pair of campaign commercials in his bid to win the GOP nomination for the Palmetto State’s fourth congressional district (map).

Well, let’s try that lede again … Hamilton has launched a pair of campaign ads in the hopes he can be one of two candidates to advance to a “Republican” runoff in this contest, which has drawn a whopping thirteen candidates.

The fight for the fourth began in earnest back on January 31 when U.S. congressman Trey Gowdy announced he would not be seeking another term.

Hamilton’s first first fifteen-second spot highlights his “personal adoption story,” telling about how “Dan’s mother sacrificed her own life to save Dan by refusing treatments for cancer while he was still in her womb.”

Hamilton was orphaned at nine months and adopted by a family who brought him to Greenville.

“The choice made by my mother has been the example of sacrifice and service to others that I have dedicated my entire life to honoring,” Hamilton said in a statement rolling out his ad.  “My mother spent her final moments finding me a Christian home and made sure that I would be raised right.  My mother and father, Joan and Glenn Hamilton, raised me knowing that I am the result of a selfless choice.  That knowledge has been the guiding light in my walk with God, my love for my own children, and my service to others.”

The ad entitled – “Greater Purpose” – can be viewed here …

(Via: Hamilton for Congress)

This is the second 2018 campaign advertisement in South Carolina to highlight a personal connection to the pro-life movement.  In the 2018 governor’s race, Lowcountry labor attorney Catherine Templeton is running an ad entitled “God’s Gifts” that highlights her decision to keep one of her children despite a doctor’s recommendation to abort.

Anyway, having checked off the social conservative box (very well, we might add), Hamilton’s next fifteen-second spot addresses his tenure in the S.C. House of Representatives.  Specifically, the ad discusses the so-called “Hamilton Rule” – which requires that legislators wait 48 hours before voting on budgets that come back from the South Carolina Senate.

(Via: Hamilton for Congress)

That’s another good spot, if you ask us …

Will the ads be enough to propel Hamilton into a runoff election, though?  Eh …

As of this writing, former state senator Lee Bright leads all candidates in this race – drawing support in the “mid to low twenties,” according to a source familiar with updated tracking polling.  Meanwhile state senator William Timmons is reportedly polling in the “mid-to-high teens.”

No other candidate is above seven percent, we’re told.

Voters head to the polls on June 12 … if no candidate receives a majority of the ballots cast, the top two finishers will face off in a head-to-head battle on June 26.

Got something you’d like to say in response to one of our stories? Please feel free to submit your own guest column or letter to the editor via-email HERE. Got a tip for us? CLICK HERE. Got a technical question or a glitch to report? CLICK HERE. Want to support what we’re doing? SUBSCRIBE HERE.
Banner: Hamilton for Congress